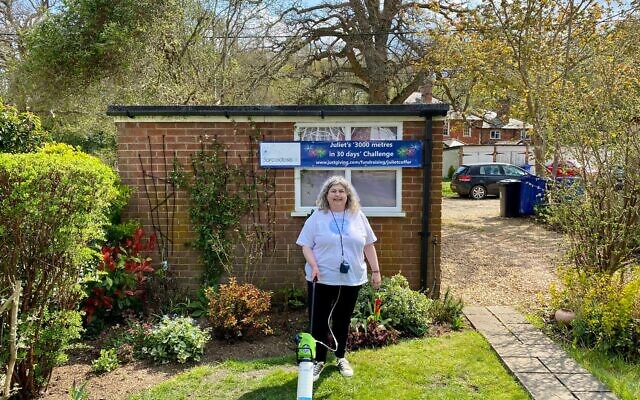 Juliet Coffer walked 4,100 metres in a month despite her incurable condition

Juliet Coffer, who lives in Hampshire, has the rare Sarcoidosis condition, which affects her breathing and affects life expectancy.

To raise money and awareness for SarcoidosisUK, a charity researching the condition, inspirational Juliet set herself the gruelling target of walking 3,000 metres throughout April.

She smashed that target, walking 4,100 metres despite her incurable condition, raising £35,000 in the process.

“I’m absolutely ecstatic, I can’t believe it,” said Juliet, who works as a computer trainer and web admin.

“Doing that walk, sometimes when you think something’s impossible, if you try it you just don’t know – and you probably can do it.

“Being in lockdown, it’s given me a lot more mobility in my joints, but it’s also given me a big mental health boost as well.” 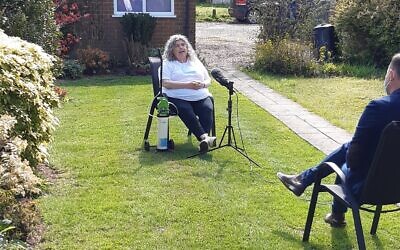 In addition, the sum is being match-funded by the British Lung Foundation, making a hefty £35,000 will be donated to SarcoidosisUK.

Sarcoidosis occurs where lumps called granulomas develop at different sites within the body – and if enough develop around an organ, it can stop it working properly.

After Juliet’s story was first featured in the Jewish News, a camera crew filmed Juliet’s final day of her walk.

The publicity has also helped spread awareness, according to those that have donated. “Your effort has done more to raise awareness of Sarcoidosis than in the last 11 years,” said one donor, who gave his name as Ian.

“Well done. This little known and even lesser understood disease leaves a dark cloud hanging over all affected.”

For Juliet, whose parents were founding members of Bushey Synagogue, the next move is to get more heavily involved in SarcoidosisUK. She has also joined a patients’ group for her GP surgery to advocate for those with chronic illnesses.

“I think some people feel like Sarcoidosis is a bit of a silent disease,” she said. “And the fact we’ve now managed to get it on the TV – that’s amazing.”

Juliet’s fundraising page is still open and can be found here.