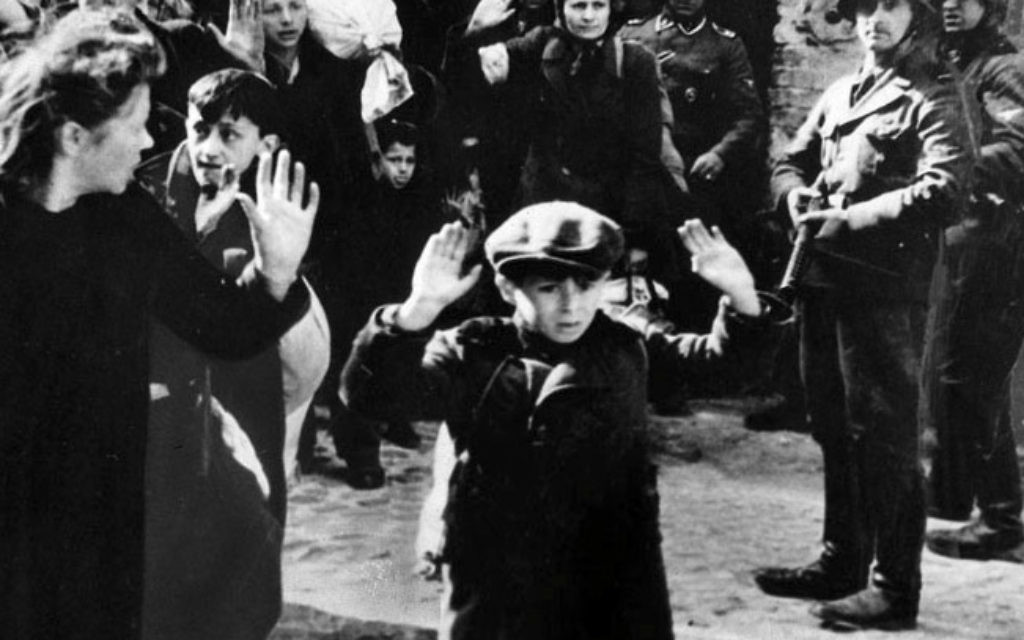 FROM NEIGHBOURS and friends to businesses, the police, the government – even the legal system designed to protect them – Jews found themselves betrayed, attacked and subjected to untold horror during the Holocaust. In this extract from her groundbreaking study, Who Betrayed The Jews, Agnes Grunwald-Spier dissects the many elements that fed into Jewish persecution, where neighbours turned against one another and co-operated in the greatest breach of trust the world had ever witnessed in the mass murder of six million Jews.

What is betrayal? The Oxford Dictionary defines the verb ‘to betray’ as ‘to expose (one’s country, a group or a person) to danger’. There are also the connotations of ‘breach of trust in the sense of broken expectations’. There is no doubt that the Nazis’ behaviour was a breach of trust on every level.

It was more than shocking and many of those who had supported Hitler in 1933, thinking he could be managed, were as distraught as the rest of the world when the liberators finally opened up the concentration camps in 1945 to the world’s newsreels to reveal what Nazism really meant.

There can be no dispute that people were living their normal lives, often literally minding their own business, when they were assaulted by the Nazi juggernaut.
We know that six million Jews were killed by the Nazis, but I have also shown that we cannot comprehend the numbers of others who were destroyed – the thousands, possibly millions, driven to suicide for fear of what was to come or what was actually happening around them and in the post-Holocaust years.

We know the six million murdered Jews included 1.5million children whose lives were not permitted to reach fulfilment. We cannot begin to imagine what those mites might have achieved; nor the generations to come, whose births were not permitted. The little Jewish girls whom the Nazis murdered were born, like all baby girls, with their reproductive organs storing all the eggs for their entire reproductive lives ahead.

When the Nazis killed those little girls, the infinite generations destined to follow were also destroyed.

People all over the world were inspired by Paul Cummins’ red ceramic poppies planted around the Tower of London in 2014 to commemorate each of the 888,246 British and Empire soldiers who died in the First World War. Nearly twice as many poppies would be required to commemorate the 1.5 million Jewish children annihilated by the Nazis.

To mark the six million Jews, nearly seven times as many poppies would be needed.

The soldiers in the First World War knew they might die and were encouraged to write letters to their loved ones, which were only delivered in the event of their death.

Such closure was denied the Jews, cruelly separated on arrival at Auschwitz and sent to the gas chambers thinking they were merely having a shower.

Thousands, like my grandfather Armin Klein, were picked up away from their loved ones with no opportunity to express their feelings or say goodbye – their families were left wondering what had happened.

I want people to understand what the Holocaust was really like and I hope I have achieved that. The ripples created by the Holocaust pebble in the world’s pond still undulate. They probably always will, while Yad Vashem receives 4,000 books on the Holocaust each year.

The betrayal of the Jews by the Nazis was so severe that a whole raft of international law came into force after 1945. However, the occurrence of the Holocaust does not mean that appropriate international law did not exist.

The pre-1945 international laws were perfectly adequate to protect everyone from the horrors of the Holocaust – the Nazis just chose to ignore them, as subsequent genocides have ignored the new legislation.

The Jews were told complete and deliberate lies about their future and destinations, what they could take with them, what would happen to them and their families.

Even at the very end, when they were told they were going for a shower – in Treblinka, the gas chambers were disguised as traditional Jewish bathhouses with roof tiles made by a manufacturer whose trademark was identical to the Star of David, apparently called a ‘Molette d’eperon’.

The forensic archaeologist who worked at Treblinka told me: “I did find multiple tiles like this at Treblinka, some still cemented to foundations.” The star is not actually the star of David, as it turns out, but rather an emblem of a Polish tile manufacturer. Without a doubt, though, the Nazis modelled the gas chamber on a Jewish bathhouse and these same tiles can be found in other Jewish bathhouses throughout Poland.

I consider the lies that were told to Jews throughout their persecution to be an overwhelming betrayal.

The failure to tell people they were about to be killed is unforgiveable because the Jews were entitled to know their lives were about to be ended so they could prepare themselves and, where possible, say their goodbyes.

On the Auschwitz ramp families were separated, not knowing that some would be gassed immediately.

Everyone has their own ‘bucket list’ of what they would do knowing death was close.

The betrayal of the Jews lay not just in their murder, but in the deviousness of the charade that was played out.

• Who Betrayed The Jews: The Realities Of Nazi Persecution In The Holocaust by Agnes Grunwald-Spier is published by The History Press, priced at £30 and is available now