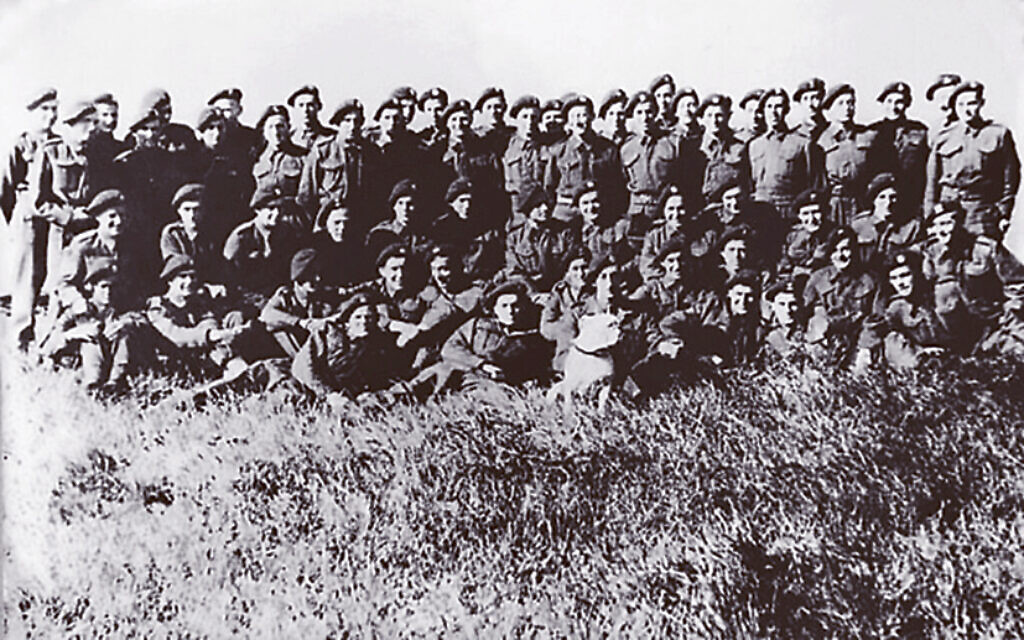 X  Troop is the fiercest British Second World War commando force you have likely never heard of. Formally known as “No. 10 (Inter-Allied) Commando, 3 Troop,” its 87 members were mainly Jewish refugees from Germany and Austria who were hell-bent on exacting revenge on the Nazis who had destroyed their families and home communities. Some commandos were themselves survivors of incarceration in Nazi concentration camps.

Sworn to secrecy about their true identities for their own safety, these brave young men assumed English noms de guerre. Only one person, a secretary at MI5, who worked in the casualty division, had access to the list of the men’s real names and places of origin.

After a year and a half of intensive training in Wales and Scotland, the X Troopers were assigned to the spearhead of Allied forces that invaded Europe and fought into the heart of the Third Reich. Using advanced combat and counterintelligence techniques, and their native German language abilities, they undertook dangerous missions to infiltrate behind enemy lines. In battle, they captured and immediately interrogated the enemy, providing invaluable information to the advancing Allied armies.

The X Troopers never fought as a joint force. They were seconded individually or in small groups to various Allied troops and divisions. Over half of them were killed, wounded or went missing in action.

“Nothing was going to stop them,” said Leah Garrett, author of a new book about this highly selective and motivated unit, whose exploits have largely been lost to history owing to their clandestine nature.

Published last month, X Troop: The Secret Jewish Commandos Who Helped Defeat the Nazis brings readers along on every step of these men’s journey from Central European teenagers to crack British commandos. The page-turning account is replete with astounding feats that were unknown until now, thanks to the author’s success in declassifying long-sealed, top-secret British military records. 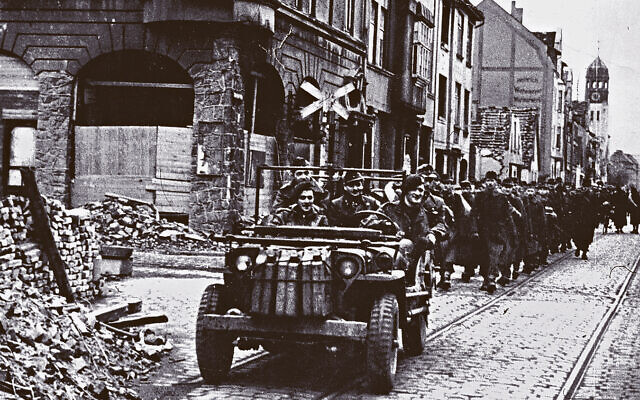 Garrett, director of the Jewish Studies Center and director of Hebrew and Jewish Studies at Hunter College in New York, already had another book under her belt about Jewish Second World War fighters, the well-received Young Lions: How Jewish Authors Reinvented the American War Novel. Her experience researching and writing vividly about combat shines through in X Troop.

“I was able to gather the most information on these three. They are also a good trio to put at the centre of the story because they represent different personal backgrounds and varying war experiences,” Garrett said.

Anson was the only child of a Jewish father and a non-Jewish mother. Baptised and brought up as a Christian, he was unaware he was half-Jewish until his father, Curt, told him when he was a young teen. In autumn 1937, after publicly speaking out against the Nazis, Curt was arrested and sent to Dachau concentration camp. Less than two weeks later, a Gestapo officer told the fam ily Curt had died of “circulation failure”, His ashes were posted to his widow and son – at their expense.

Following Kristallnacht in November 1938, Anson’s mother tried desperately to get him out of Germany. She finally succeeded in getting him on a Quaker-sponsored Kindertransport to the UK in February 1939. She remained behind and was reunited after the war with her soldier son, who survived gruelling battles in Italy.

Masters made it out of Vienna to the UK with his divorced mother and sister after the Nazi Anschluss of Austria. They reunited with an aunt in London. Left behind was Masters’ maternal grandfather, who was the most influential Jewish figure in his life, taking him to synagogue and preparing him for his barmitzvah. Masters’ father escaped to Switzerland before the war. 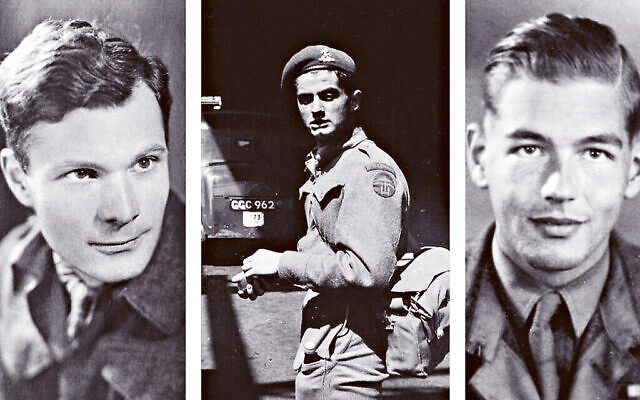 On D-Day, Masters staggered through the waist-high waves, holding a bike in one hand and a tommy gun above his head, as he landed at Sword Beach. Through her research, Garrett discovered that – contrary to the accepted historical record – Masters and the other cyclist commandos were actually the first across the crucial Pegasus Bridge. “I was able to rewrite history with this! They were there, but no one knew it,” she said, excitedly.

Unlike most of the X Troopers, who came from assimilated backgrounds, Gans (aka Gray) was from an Orthodox Jewish family. Perhaps the most striking part of X Troop is the account of how Gans commandeered a jeep and driver at the end of the war and travelled two days straight from Holland through Germany to Czechoslovakia in search of his parents, who had escaped Germany to Holland (where they had citizenship) before the war. Miraculously, he found them alive in Terezin.

Even more extraordinary, Gans appealed to Princess Juliana of the Netherlands, who had returned from her government in exile in Canada. The princess granted him a meeting, at which she promised to get the Dutch Jews released from the camp. She made good on her pledge and helped relocate them to Eindhoven. Gans’ parents ended up immigrating to Israel, where one of their sons had settled before the war. Not only did Gans survive dangerous battles, but his entire family – parents and three sons – remained intact by the end of the Holocaust. “Gans, Anson and Masters are exceptions, in that most X Troopers lost many more family members,” explained Garrett.

Gans and Masters eventually moved to the US, where they lived openly as Jews and shared their wartime experiences with their families. 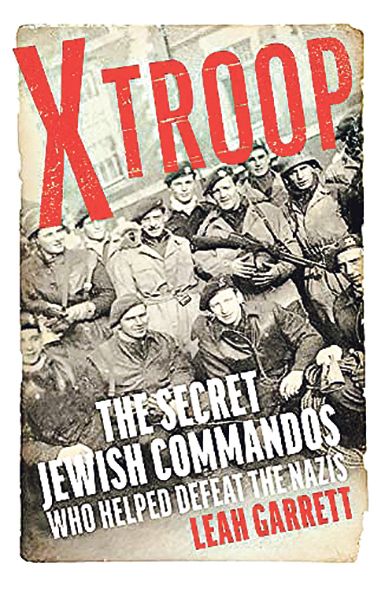 Unlike Gans, Masters continued to use the last name he was forced to adopt upon joining X Troop. “All those who stayed in the UK kept the names they assumed as X Troopers. Who they were before the war did not really exist anymore, and it was too painful for them to go back to the Germany or Austria in their heads.”

Moreover, none of these men lived openly as Jews, and many converted and raised their families as Anglicans. Garrett chalks this up in part to the men’s assimilated backgrounds, and in part to perceptible under-the-surface  antisemitic currents.

The memorial to X Troop’s fallen members erected in Aberdovey, Wales, where the men trained under their beloved commanding officer Bryan Hilton-Jones, makes no mention of their Jewish identities. According to Garrett, efforts by Jewish veterans groups have so far been unsuccessful in persuading the local council to at least amend the information about the X Troopers in the visitor pamphlet.

Garrett’s book corrects the record by fully recounting the X Troopers’ exploits and accurately reflecting who they were. The survivors all went on to live different kinds of lives, but were united in one fundamental way.

“Whether or not they ever spoke about X Troop, they all felt profound gratitude to the Brits for taking them in and giving them the opportunity to fight the Nazis.”