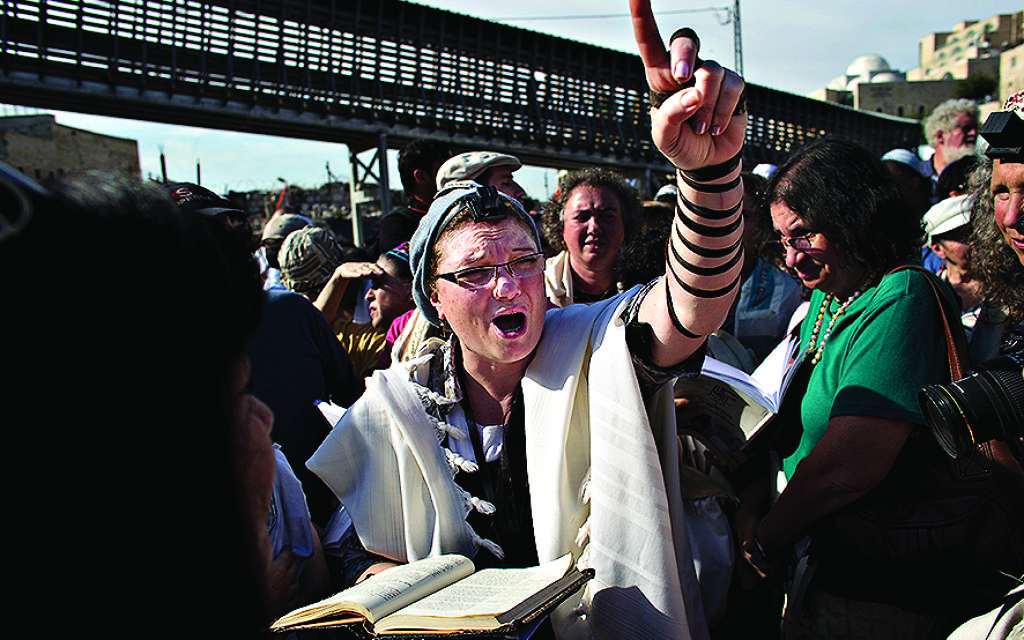 Women praying at the Western Wall

Leaders of progressive Judaism in the UK have lauded the “landmark” decision to establish a section of the Western Wall for mixed prayers.

The egalitarian prayer space for non-Orthodox Jews, to be set up along the wall south of the current prayer area, will be registered in Israel’s Law of Holy Sites and access will be through the main plaza.

Visitors will now be able to decide whether they want to go to the gender-segregated Orthodox section, or to the section where men and women can pray together

It was celebrated as a major victory by progressive Jews, including Reform and Liberal Judaism in the UK, and by Masorti and Conservative Judaism in the US, as well as by supporters of Women of the Wall, an Israeli pressure group which has spent years campaigning for women’s access to pray.

“This is a landmark decision for Jews throughout the globe,” said Rabbi Danny Rich, chief executive of Liberal Judaism. It recognises that Judaism is an inclusive religion with a variety of different but valid expressions.”

He added: “Equality of gender, ethnicity and sexual orientation are central to Liberal Judaism and now at last progressive Jews can celebrate Judaism in keeping with the modern world at our most holy site.”

On Twitter, a statement from Reform Judaism hailed the “excellent news,” adding: “Official recognition of egalitarian prayer at the Kotel… Mazel Tov to all who made it possible.”

It comes after Benjamin Netanyahu’s government ended a year of wrangling and approved the Mendelblit Plan for a third, pluralist prayer section at the Western Wall, known in Hebrew as the Kotel.

“In approving this plan, the state acknowledges women’s full equality and autonomy at the Kotel and the imperative of freedom of choice in Judaism in Israel,” said a spokeswoman from Women on the Wall, which endorsed the plan.

“This sets a strong precedent in women’s status in Israel: women as administrators of a holy site, as leaders, and as an influential force not to be ignored or silenced.”

Leaders and supporters of the group – often with prayer shawls and Torah scrolls – have been repeatedly arrested at the site, generating publicity and pressure on the Orthodox authorities who control the Kotel and most religious life in Israel.

Anat Hoffman, one of the group’s leaders, said that after “years of abuse” they had finally “accomplished this extraordinary first step”.

The group added: “Twenty-five years in the making, the decision brings us measurably closer to the simple, basic fact that there is more than one way to be Jewish and that there should be one wall for one people.”

The news was also greeted with relief by Natan Sharansky, chairman of the Jewish Agency, whose own suggestions three years ago laid the foundations for the plan which has now been agreed.

Rabbi Paul Freedman, Chair of the Assembly of Reform Rabbis, UK said: “Reform Judaism welcomes the unprecedented news that the Israeli government will officially support the creation of an expanded egalitarian prayer space at the Kotel.  We congratulate all those who worked so hard to achieve this.

“Reform Judaism has an uncompromising commitment to equality and inclusion and it is right that Judaism’s holiest site should be a space that is welcoming to all Jews.

“We are unequivocally committed to the State of Israel; this powerful statement must be the first step towards complete recognition of Progressive Judaism in an Israel that is fully pluralist, celebrating the rich diversity of Jewish life”.