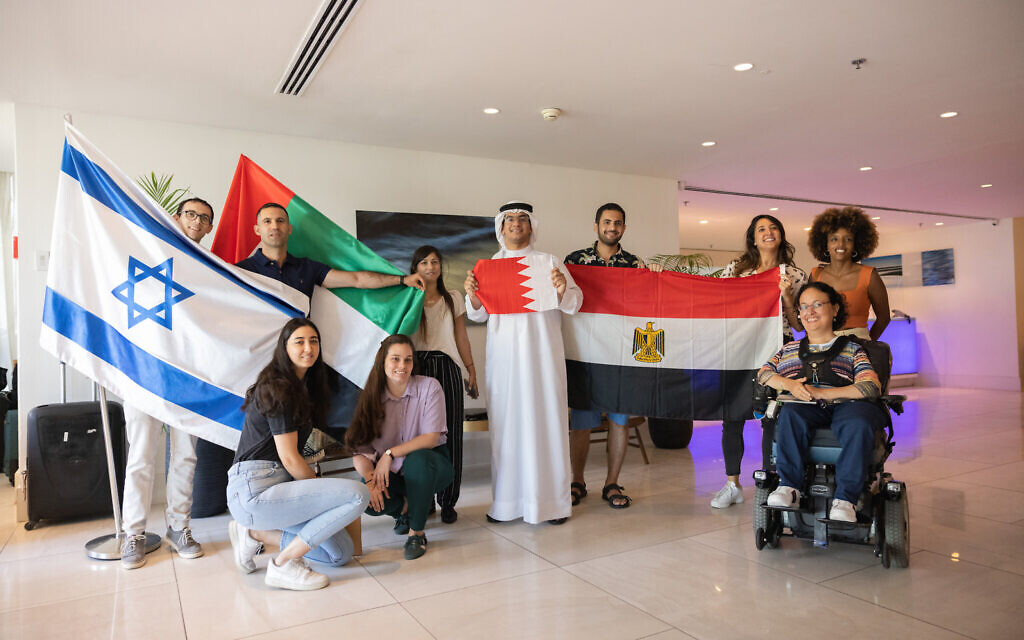 This week’s formal opening of Israel’s Abu Dhabi embassy was a moment 10 months in the making – and one few thought they would ever witness.

It’s no surprise some remain cynical about the Abraham Accords, as often they do with attempts at interfaith relations in the UK.

To what extent is dialogue reserved to those already sympathetic with engagement? Do those noble advocates of normalisation in the Arab world represent a quiet groundswell of opinion or are they just a small minority? Are the conversations going deep enough and are they covering prickly topics enough to withstand the bumpier times that will inevitably arise?

Jewish News and multi-award winning film-maker Malcolm Green last week set out to find answers to these questions, and to explore the undeniable and often unexpected commonalities between Arabs and Jews.

For our documentary film, Finding Abraham, we followed a group of young Emiratis, Bahrainis and Moroccans visiting Israel for the first time following an invitation from NGO Israel-is.

It was a fascinating week-long journey that underlined the importance of such grassroots engagement among leaders of tomorrow.

We should never lose sight of the fact that such a open, public visit simply could not have happened just a year ago.

The conversations we witnessed and friendships we saw springing up point to growing understanding and even lasting friendships among this group.

Those conversations have continued via social media on a daily basis since the cast returned to their countries. It’s these low level chats, whether about the relative temperatures in Tel Aviv and Dubai or the latest viral video, rather than the act of opening an embassy, that is the difference between this normalisation and previous peace accords with Egypt and Jordan.

On whichever side of the political fence you sit, that is a cause for celebration. Jewish News was proud to be on the frontline to witness these seeds of peace being sown.

But such visits are not in themselves enough. Only by moving beyond those who might start off sympathetic to the idea of normalisation and together exploring the most uncomfortable ideas that might still separate Jews and Muslims or Arabs and Israelis can we be sure these seeds will grow and flourish as they can and should.