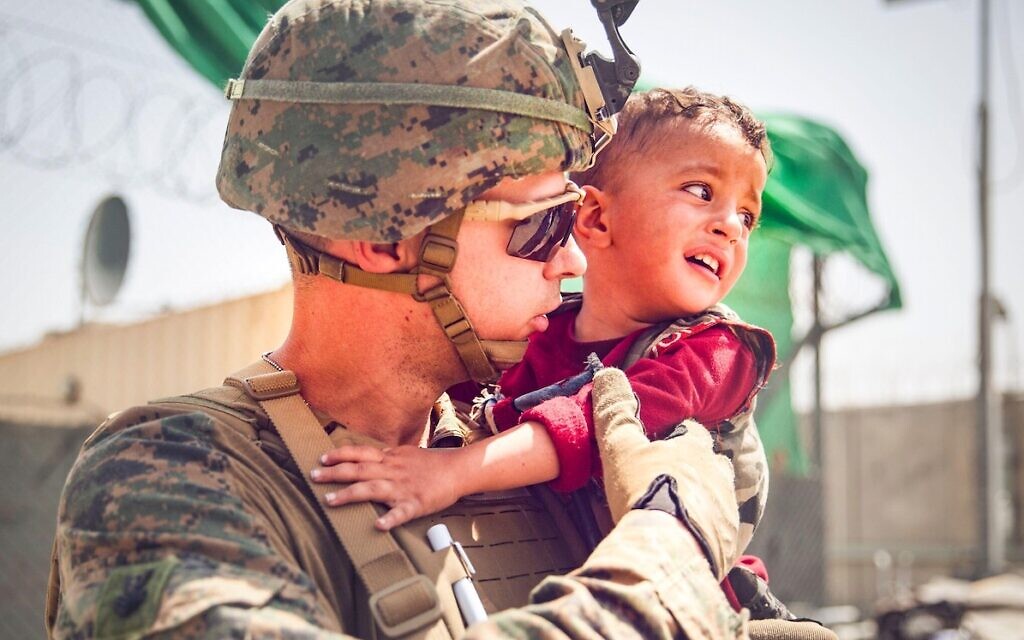 There are two human abilities that religion helps us to channel: reaching inwards and stretching outwards.

Jews might say there is no greater moment to contemplate the first of these than the upcoming High Holy Days, when they seek to be inscribed in the next Book of Life.

But the truth is that these two abilities are not distinct, they are inseparable.

We have all been shocked by the images from Afghanistan as the country endures its worst crisis since the turn of the century and its people attempt to flee.

Tens of thousands want safe passage out, yet most will be left behind when controlled of Kabul Airport is relinquished. Western nations led by the United States should push until the last moment to secure safe passage for every possible person, but the grim truth is that might be a stretch too far.

Meanwhile as many as four million Afghans have escaped to neighbouring countries and they too are in desperate need of help.

In a turbulent world it can feel as if this is just another catastrophe, the latest in a long line of calamities, but for Jews everywhere it comes as we prepare for a month of self-reflection.

These are the days when we step out of our routines to consider who we are, where our lives are heading and how we can become better people. It is clearly a process of reaching inwards, yet so many of us have already concluded that we must simultaneously stretch outwards.

Think of the magnificent response in Bushey, north of London, where hundreds responded with clothes and other essential items to an appeal by the local synagogue.

The call was put out after a cohort of Afghan refugees — interpreters who assisted the British army, along with their families — arrived in the area.

Rabbi Elchonon Feldman said their appeal generated so much interest that he had to appeal for a team of “sorters and schleppers” to assist the sorting process.

The shul at Bushey is but one heroic example. Many Jewish organisations that are asking for help and the Board of Deputies has compiled a list that shows not all seek money: some want donations of physical goods, others simply need volunteers with time on their hands.

Yet as the world’s attention moves away from Afghanistan, as inevitably it will, the Afghan crisis will, paradoxically perhaps, only escalate.

This week World Jewish Relief warns that women, girls and ethnic minorities are facing acute threats to their safety and security and have no choice but to try escape. They will not stop trying just because Western forces have gone.

That is why it is so important that so many Jewish organisations have joined WJR’s appeal to speak with one voice.

Jewish people understand more than most what it means to be a refugee. We are all taught the horrors of Europe in the 1930s and the generosity of the Kindertransport; some of us are blessed to still have living relatives who witnessed and escaped.

That history carries a powerful responsibility and it is why the community has a proud record in coming to the aid of other communities facing a similar plight — most recently to China’s persecuted Uyghur minority, a major Jewish News campaign.

As the year 5782 draws ever nearer, the question for Jews everywhere must not be whether they should help, but how they can. There is more than one way to offer it. We wish all our readers well as they reach inwards and stretch outwards.