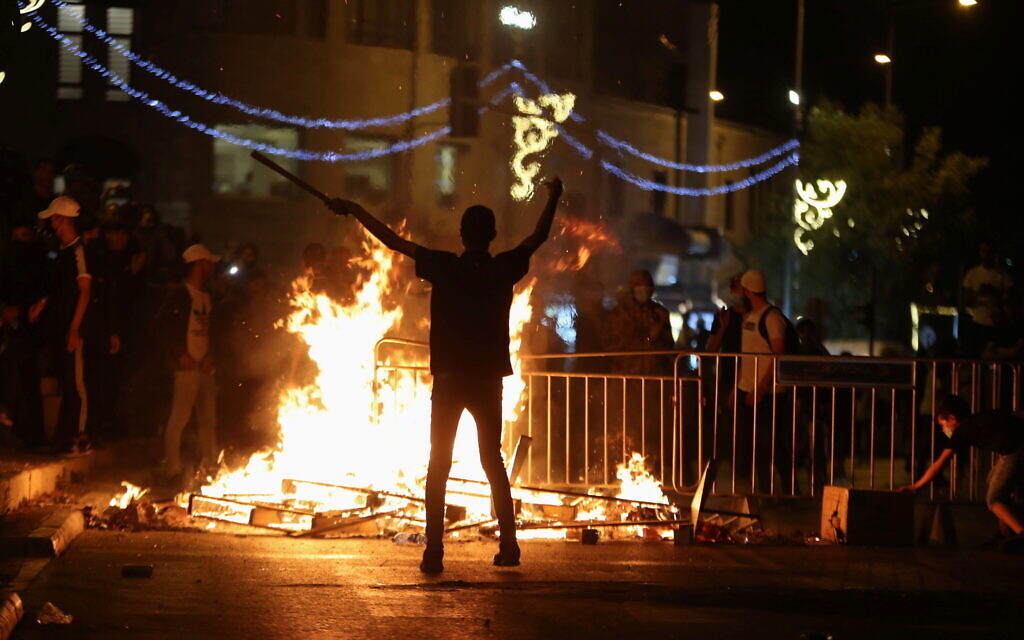 A week is an age in Middle East politics. Seven days ago, Israel looked forward to being the coastal hotspot for vaccinated holidaymakers, boosted by wall-to-wall coverage about its famous beaches and party scene. This week, however, all too familiar images of death and destruction returned to our TV screens.

It’s a pattern all too familiar to citizens of Israel and Gaza but one we dared to hope wouldn’t reach the shocking scale of 2014. Those hopes were dramatically extinguished as Israelis ran for their lives to bomb shelters.

By Tuesday night more than 1,000 unguided rockets had been launched towards Israeli civilians and Israel had responded with hundreds of strikes against Hamas terror targets. This is a war in all but name and would have been declared as such if these dreadful scenes had played out elsewhere.

Tragically, the region is left mourning innocent lives lost on both sides. Despite what some would have you believe, there can be no moral equivialence between a terror group striking at random with the aim of killing and maiming (something they would have achieved many more times if not for the Iron Dome) and a democratic government fulfilling its duty to defend its citizens. That’s no more or no less than we’d expect from our own government if London and Manchester came under such sustained attack.

Israel’s leaders might feel confident about degrading Hamas’ capabilities in the coming days and weeks, but how it will deal with the eruption of rioting in mixed cities nationwide will be a far more complex challenge.

It’s one thing facing a challenge from Hamas, quite another from within its own borders and among its own people. Such were the scenes in Lod on Tuesday night when synagogues and schools were burnt. President Reuven Rivlin even attached the word “pogrom” to the violence.

Readers of a certain age will recall the optimism surrounding Israel’s peace treaty with Egypt in 1979, followed little more than a decade later by the Oslo Accords and peace with Jordan. It was an era in which it seemed differences could be settled through civil dialogue.

How distant that feels today.

An antidote we all need

Jami’s platform to mark the release of The Book of Hope on Tuesday felt serendipitous in the light of events in Israel. The ‘sense of possibility… for a better future’ is the message in the book of 101 essays collated by mental health campaigner and champion of the Jewish charity, Jonny Benjamin.

Among  numerous Jami events held in Mental Health Awareness Week, this stood out because of the willingness by Jonny and mental health advocates Abbie Mitchell, Jonny Jacobs and Louisa Rosemental to share their personal tragedies and reveal how they found hope.

As an antidote to Covid and the Israel crisis, Benjamin’s book is one we all need.