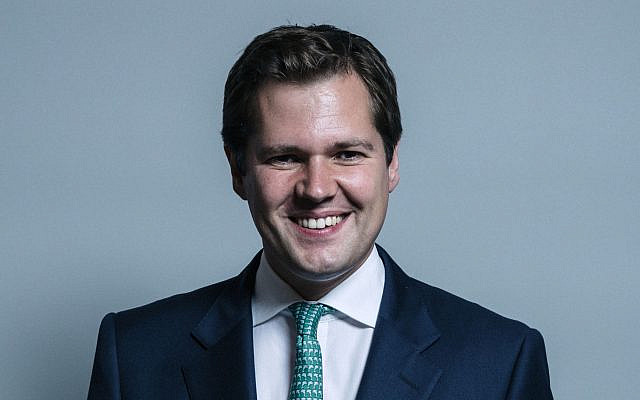 Universities and councils that do not adopt a new definition of antisemitism could have their funding cut, the Government has said.

Communities Secretary Robert Jenrick is targeting learning institutions and local authorities which have not adopted the International Holocaust Remembrance Alliance working definition over fears that it limits free speech on Israel.

In recent years ministers have encouraged councils and universities to adopt the definition, while acknowledging that it was their decision whether to do so or not, but Jenrick has changed the tone, this week saying the “must” adopt it.

He said 136 of the 343 local authorities in England have adopted the IHRA definition and warned that he would name and shame those that had ruled out doing so.

“All universities and local councils that have not already done so must adopt the IHRA definition of antisemitism,” he said. “It is shocking that some still haven’t, demonstrating a serious lack of respect for this issue.

“I will shortly publish the list of those councils that have told my department that they will adopt the definition and those who have explicitly refused to do so. Organisations like these should not expect to receive public money if they cannot demonstrate that they are fighting antisemitism.”

Doncaster Council this week became the latest local authority to adopt the IHRA definition, with Deputy Mayor Cllr Glyn Jones specifically referencing Jenrick’s threat as he announced that the council was signing up to it.

Last week Andrew Percy MP, who converted to Judaism in 2017, criticised universities refusing to adopt it, including Warwick University, where Vice-Chancellor Stuart Croft recently said he saw “no added value” in the definition.

The Government this week said that the Jewish Leadership Council was “working alongside [Jenrick] to encourage local authorities to adopt the IHRA”.