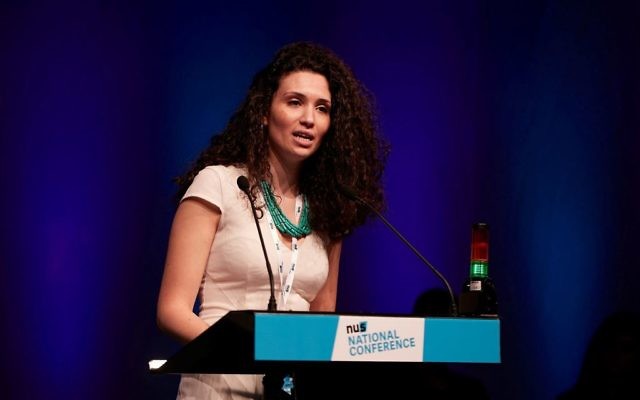 Universities must have a zero-tolerance culture towards violence, harassment and hate crime, including anti-Semitism, ministers have warned.

There is no place in UK society, for any form of hatred, and universities have a responsibility to ensure that they offer all students a safe environment, according to Jo Johnson.

The Universities Minister’s comments were made in a letter to higher education chiefs, urging them to tackle anti-Semitism on campus.

The move comes amid a growing number of reports of anti-Semitic incidents, and discussion about how universities can balance debates, free speech and legitimate protests with protecting students from abuse.

In his letter, Mr Johnson said: “There is no place in our society – including within higher education – for hatred or any form of harassment, discrimination or racism such as anti-Semitism. Higher education institutions have a responsibility to ensure that they provide a safe and inclusive environment for all students, and that students do not face discrimination, harassment or victimisation.”

Institutions must have procedures in place to swiftly investigate and address any hate crime, he said.

Free speech and academic freedom are vital to higher education, Mr Johnson said, and universities have a legal duty to take steps to ensure freedom of speech for students, employees and visiting speakers.

“We expect higher education institutions to have clearly set-out procedures and policies for events and the hosting of external speakers which allow for open transparent events, challenge and debate and ensure that lawful speech can occur on campuses,” he said.

“Open and robust debate is how students should challenge those with whom they disagree. There is no place for students that use intimidation or violence to attempt to shut down the free and open exchange of ideas.

“I am sure you share my concerns about the rising reports of anti-Semitic incidents in this country and will want to make sure that your own institution is a welcoming environment for all students and that the legal position and guidelines are universally understood and acted upon at all times.”

In a separate letter to England’s higher education funding council (HEFCE), Mr Johnson said the government supported recommendations made by UUK’s Harassment Taskforce last year, and said universities should “embed a culture of zero-tolerance to all forms of violence, sexual harassment and hate crime, including anti-Semitism.”

The Taskforce’s report noted that research in 2015 had found that of 924 anti-Semitic incidents recorded for that year, the victims in 21 cases were Jewish students, academics or other student bodies. 13 of these took place on campus.

“Despite the relatively low number of reported incidents, Jewish community leaders have raised concerns with UUK about anti-Semitism on campus,” it said.

“While discussions had shown that in general, Jewish students have a positive experience of university, there were a number of ongoing issues where they felt hostility on campus, the report said, adding that there are concerns that students are not coming forward.

“In addition to this, a concern was expressed that universities do not always strike the right balance between ensuring freedom of speech and academic freedom, and respect for Jewish students.”

A number of incidents have been reported of Jewish students claiming to have been physically attacked or verbally abused.

In August a review of anti-Semitism at the Oxford University Labour Club found ”clear” incidents of racism against Jews, while in October a committee of MPs found that comments by the president of the National Union of Students Malia Bouattia describing Birmingham University as a ”Zionist outpost” smacked of ”outright racism”.

A Universities UK spokesman said: “The university sector has been clear that there is no place for anti-Semitism or any other kind of unlawful discrimination at our universities.

“While statistics from the Community Security Trust suggest that reported incidents of anti-Semitism in universities remain low, even a single incident is one too many.

“In the context of an increase in the number of reported hate crimes across the UK, universities have procedures in place which should give more students the confidence to report incidents.

“We want our universities to be tolerant and inclusive places.

“Universities have a difficult balancing act between protecting students from abuse or intolerance, while also allowing legitimate protest and free speech within the law.

“This is particularly relevant when Israel and Palestine are being discussed.”