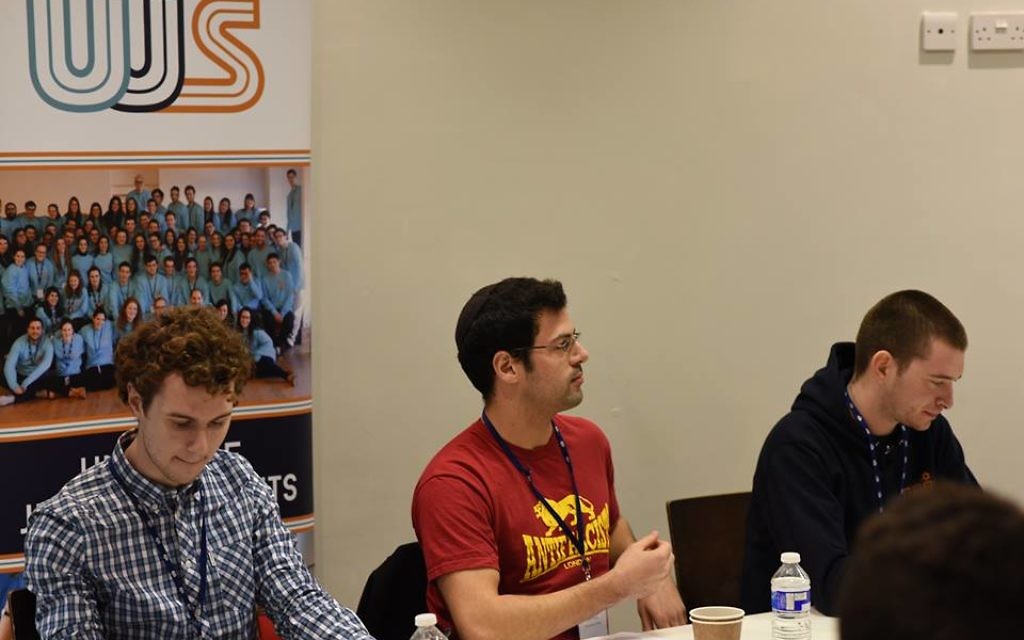 The three candidates vying to lead Jewish students in Britain for a year this week faced their toughest task yet: answering a barrage of probing Jewish News questions, designed to sort the treif from the triumphant. Here, we give you their answers – and dissect them accordingly.

1. What’s your favourite Jewish meal or food? (points will be added for praising mums)

Aside from my mum’s chicken soup, you can’t beat a White House shawarma!

I know it’s a cliche but gefiltefish with khazeret, just like my grandma’s, which I made sure she taught me how to make properly. Wait no, I lie, cholent just like my dad’s and grandma’s is my favourite Jewish food. But I’ve not yet mastered their recipe.

Analysis: ‘My mother’s chicken soup’ – is there any other answer to this question? Cohen shows there is, and that there are more family members to mention.

2. How religious are you on a scale of one to 10, with 10 being the Chief Rabbi, one being Stephen Fry?

Religion is a deeply personal journal and constantly evolves. I don’t categorise myself as a particular ‘type’ of Jew. I grew up in a modern Orthodox background and went to the leading modern Orthodox yeshiva. I have my frustrations with the community just like everyone else. But I firmly believe in a Judaism that is progressive, forward-thinking, inclusive and willing to learn from everyone.

Analysis: Points are deducted from Schapira for his blatant refusal to give a number and/or to categorise himself, and his description of religion as a ‘journal’. Points are awarded to Holt for the chutzpah of awarding himself a 7 whilst simultaneously contemplating vegetarianism. Cohen also scores points for channelling Maimonides’ laxity. 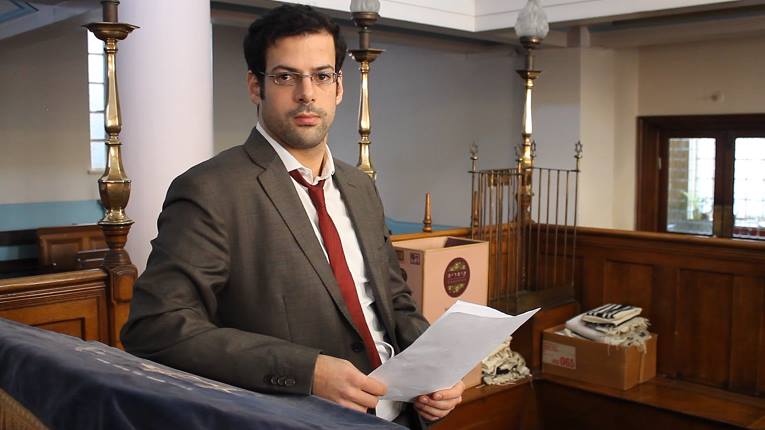 3. If you criticised Israeli politicians for anything, what would it be and why?

I find it incredibly patronising when Israeli politicians attempt to speak on behalf of all Jews globally. We, in the diaspora, did not elect the Israeli government and so it seems unfair for them to speak as our universal representatives.

One of the things I love about Israel is the vibrancy of its democracy. If you want to see real criticism of Israel, speak to Israelis, visit the Kennett, ask a cab driver. Israeli politics can, at times, be incredibly polarised and divisive. I would like to see a politics that is more united and inclusive and can bring together marginalised sects of the country.

Analysis: Points are again deducted from Schapira, for failing to recognise by now that this is not an exercise of sobriety, and for calling for inclusivity and unity, which that just ain’t gonna happen, kiddo. Cohen bottoms out with the ridiculous suggestion that there is anything whatsoever to criticise, while Holt again does well, flying the Diaspora flag and proudly proclaiming: “We ain’t goin’ nowhere, Bibi-o.”

4. If you were Jewish News editor for the day, what good news stories involving Jewish students would you write about?

I’d write about the incredible interfaith activities students engage in almost daily, such as Mitzvah Day, the interfaith weeks run across the country at campuses like Leeds and LSE, as well as interfaith Friday nights at Nottingham and Cambridge. Each unites people and sees wide-spread participation from all denominations and communities. We should champion the incredible positivity and inter-communal understanding that emerges from events such as these. 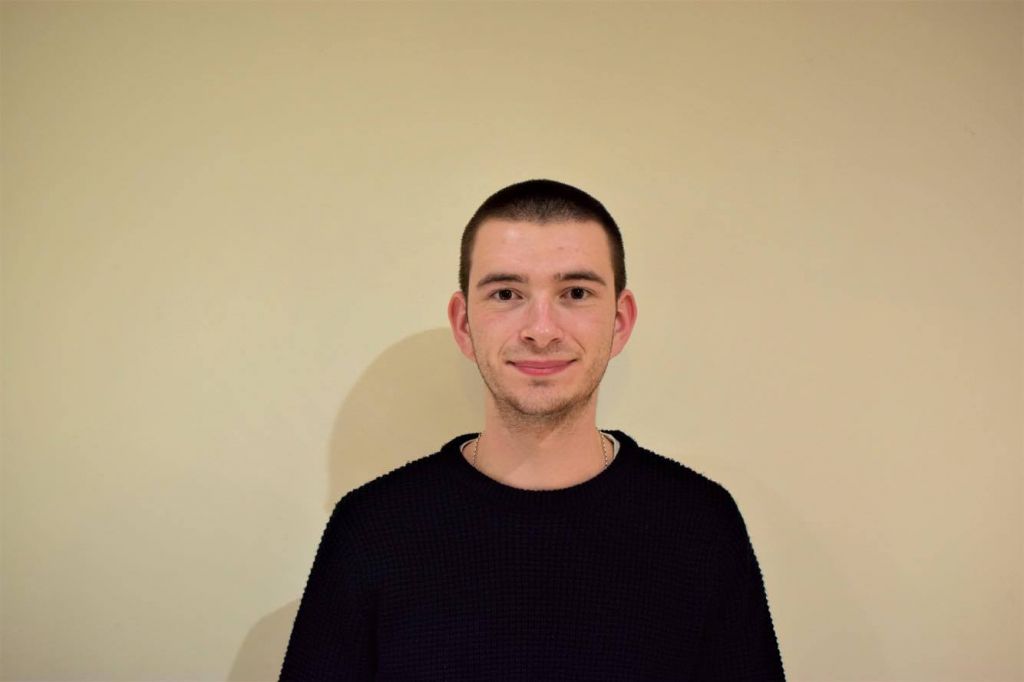 One of the great initiatives UJS run annually is the Jewish Experience week across campuses around the country. Many J-Socs use this as an opportunity for interfaith dialogue, celebrating Jewish culture and engaging in some of the most interesting parts of our faith. Students of different faiths and none come together to learn and share in Jewish culture and religion. This is a wonderful positive initiative and should be reported more widely.

I would write about all the amazing work done by Jewish groups like the All That’s Left collective, IfNotNow, Jewish Voice for Peace, Rabbis for Human Rights, Jewdas, etc. The justice-seeking Jews fight for peace no matter what the haters say, and who are ignored by the mainstream media.

Analysis: Points are deducted from all candidates for failing to praise all current and existing Jewish News coverage. Even more are taken from Schapira for unimaginative adjectives and for nakedly praising the organisation he hopes to lead. A semblance of pride is rescued by the others for their variety of suggestions, but Cohen drops the ball, after realising that the ball is “a hater” too.

5. What are the priorities for Jewish students in the UK over the next 5 years?

Jewish students themselves would likely prioritise graduating and finding employment over the next 5 years. I would hope to help by using UJS alumni and connections in the community to provide career opportunities, advice, internships and placements. In terms of UJS, I want Jewish life on campus to go from strength to strength. If, in 5 years’ time, Jewish students can be even more proud of their identity and even more loud about their convictions, that would be a huge success.

As has always been the case, Jewish students should be excited about university, knowing that this will be one of the most formative experiences of their lives. UJS and J-Socs exist to enrich Jewish students’ lives on campus—and this will continue to be my main priority. It’s the friends you make at Friday night dinners, the drunken nights at Booze for Jews, the lighting of Chanukah candles at your university halls that are the memories that last a lifetime. Whilst anti-Semitism and unjustified anti-Israel rhetoric on campus are serious concerns to be tackled, this should not define our Jewish experiences on campus.

Brexit, TEF and the rising xenophobia that austerity inevitably drags in its wake.

Analysis: Cohen’s brevity and geopolitical awareness impress, but Schapira’s stated priority – that Jews should continue to exist – shows the lofty idealism in which he is gripped. Holt’s ideas of how to help Jewish students graduate and succeed are interesting, simple, potentially very useful and a great way to involve the wider community and all the wonderful talents it offers. He could be on to a winner, but will he end up winning? You decide. Voting closes at noon on Friday 9 December.

All three UJS presidential candidates have written in the Jewish News, appealing for your vote!

Josh Holt: I can improve your Jewish experience on campus

Eran Cohen: I back Eran’s campaign as I feel pushed out by the community