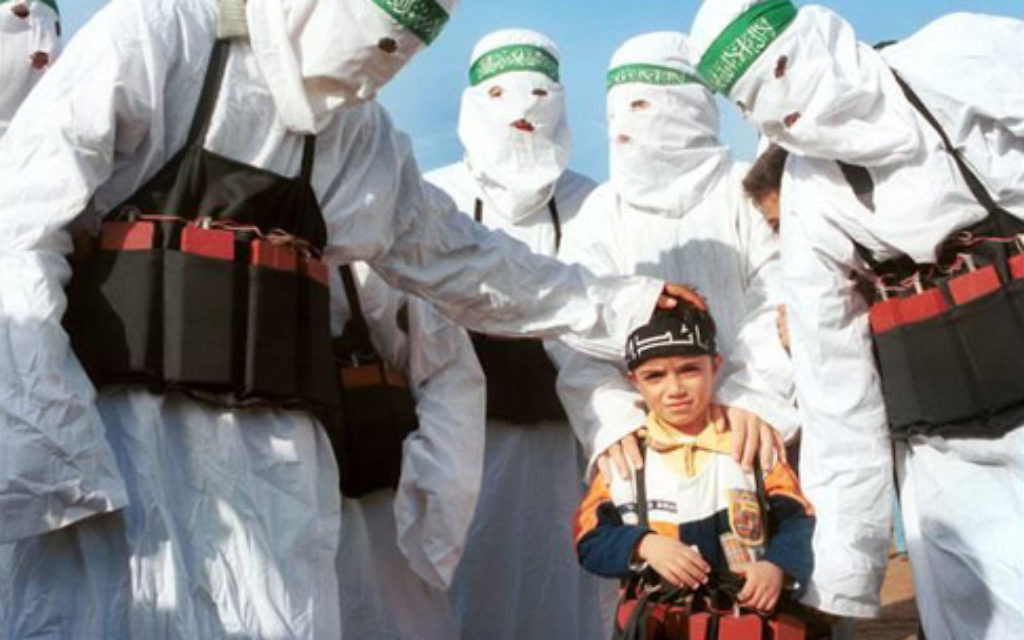 Hamas terrorists surround a child dressed as a suicide bomber.

Two Israeli citizens are being held in the Gaza Strip, at least one of them Hamas, Israeli authorities have said, after a gag order was lifted.

As memories of Gilad Shalit came flooding back, on the first anniversary of the war in Gaza, Israeli Prime Minister Benjamin Netanyahu made the dramatic announcement, and said he held Hamas responsible for their well-being.

One man, an Israeli of Ethiopian descent, was listed as Avraham Mengistu, who supposedly cross the border of his own accord two weeks after the fighting. The other man, a Bedouin Arab from the Negev, is also being held.

As details emerged that Mengistu was being held against his will, Israeli President Reuven Rivlin said it was “a humanitarian matter”. He added: “I expect those holding him to treat him properly and to return him in full health.”

Hamas spokesman Salah Bardawil seemed not to know about it, saying: “We don’t have any information about it. Even if is true, we don’t have instructions to talk.”

Netanyahu said Israel was working to free the men and that he had appointed an interlocutor to deal with the matter. This is believed to be Lior Lotan, a former Colonel and negotiator with an elite military unit.

Netanyahu added: “Yesterday I spoke with the parents and siblings of Avraham Mengistu and I told them that … we have spared no effort to return him to Israel.”

Netanyahu said, adding that he expected the international community to “issue a clear call” for the men’s release.

On Tuesday, Khaled Mashaal, the head of Hamas’ political wing, told London-based Al-Araby Al-Jadeed newspaper that Israel had asked Hamas to release “two soldiers and two bodies.” The bodies are of Israeli soldiers Oron Shaul and Hadar Goldin, which have been in Hamas hands since the soldiers were killed last summer.