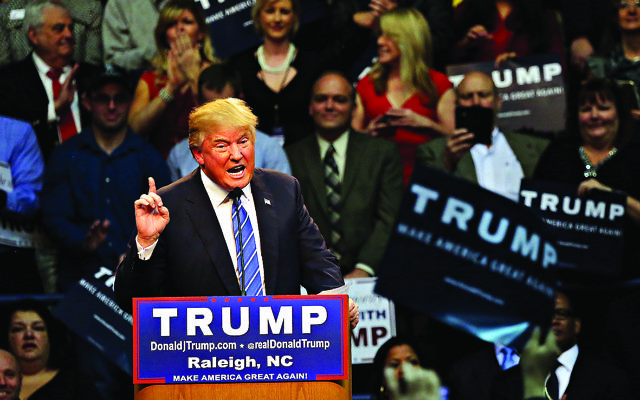 Speaking at a synagogue in Florida, Ivanka Trump assured Jewish voters that her father would “100 percent” move the U.S. Embassy to Jerusalem if he is elected president.

Ivanka Trump, who converted to Judaism in 2010 and is married to a Jewish man, called her father, the Republican presidential candidate Donald Trump, an “unbelievable champion” for the State of Israel and for the Jewish people during a talk Thursday at The Shul of Bal Harbour in Surfside, the Jewish Insider reported.

“You won’t be disappointed,” she told the audience in a talk that was filmed in part.

In addition to saying Donald Trump will move the embassy to Jerusalem, which she called “the eternal capital,” Ivanka Trump also said her father supported her conversion to Judaism before she married Jared Kushner.

“I so respect the fact that he supported me from day one,” she said. “There was no question, there was no argument. He was very supportive.”

Asked how Judaism has inspired her to be what she is today, Ivanka Trump said, “I feel like Judaism helps your moral compass.” Judaism “has been a great blessing in my life,” she added.

Ivanka Trump and her sister Tiffany also made Florida campaign stops in Jupiter and Riviera Beach, according to the Trump campaign.

Jewish voters represent 3 to 6 percent of the electorate in the key battleground state of Florida. A recent poll showed Clinton leading Trump by 43 points among Jewish voters in the Sunshine State. Clinton is ahead by 1.6 percentage points overall there, according to the RealClearPolitics average.

Congress passed a law in 1995 mandating the move of the embassy to Jerusalem, but allowed the president a waiver. Each president since then has routinely exercised the waiver, citing the national security interests of the United States.

In December, while speaking at the Republican Jewish Coalition, Donald Trump refused to commit to recognising Jerusalem as Israel’s undivided capital. But by January he said it was “the eternal capital” of Israel and that he was “100 percent for” moving the embassy there.