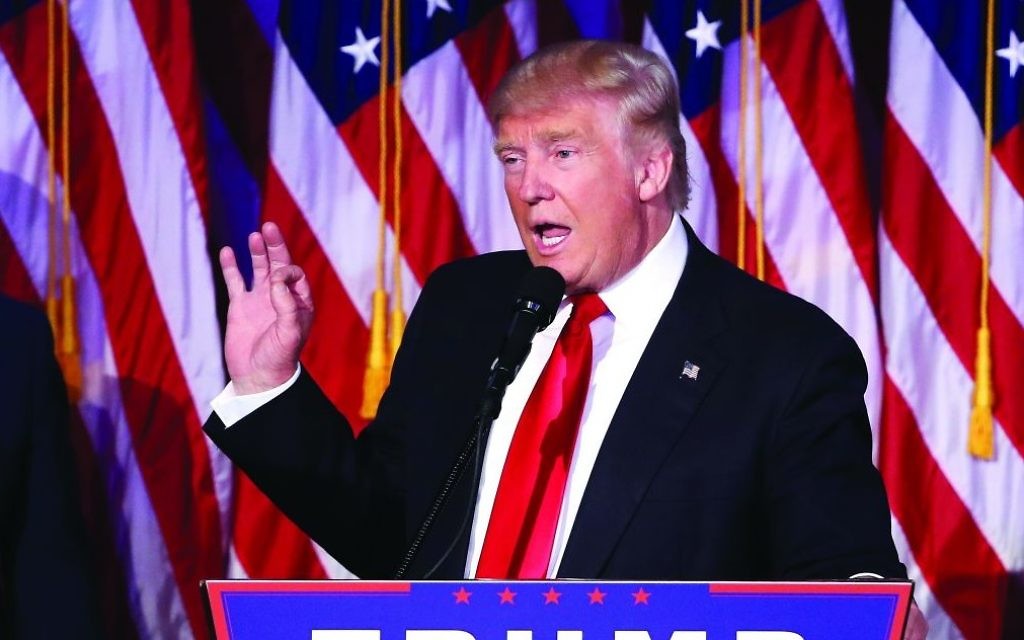 Jewish Leadership Council chief executive Simon Johnson agreed, saying Trump “has no legislative background and has so far been hard to predict, so it is incredibly hard to guess what he will do”.

Board of Deputies’ senior vice president Richard Verber concurred, saying: “Much remains to be seen.”

Among the many questions facing those interested in Israel’s immediate future, Jewish News posed several to analysts and representatives of the British Jewish community, to see what they thought might happen.

Will Donald Trump move the US Embassy from Tel Aviv to Jerusalem?

Despite the noise, and despite Trump’s campaign promises to do so, most were sceptical. Hannah Weisfeld of Yachad thought Trump might “eventually capitulate,” adding: “General James Mattis, Trump’s choice of Secretary of Defence, has indicated that he wants to respect current US policy and keep the embassy in Tel Aviv, so Trump might yet be convinced by more experienced, less reactionary members of his administration to keep the embassy where it is.”

BICOM chief executive James Sorene predicted the potential for “a hugely dramatic moment” if Trump made the move on the 50th anniversary of Israel reunifying Jerusalem, later this year, but he said the new president would be warned against it by those at home and abroad, so suggested Trump may yet opt for a compromise.

“Rather than formally move the embassy, Trump may prefer for the ambassador to live in Jerusalem and commute daily to Tel Aviv, or for him simply to work out of the current American consulate, which is based in West Jerusalem.” 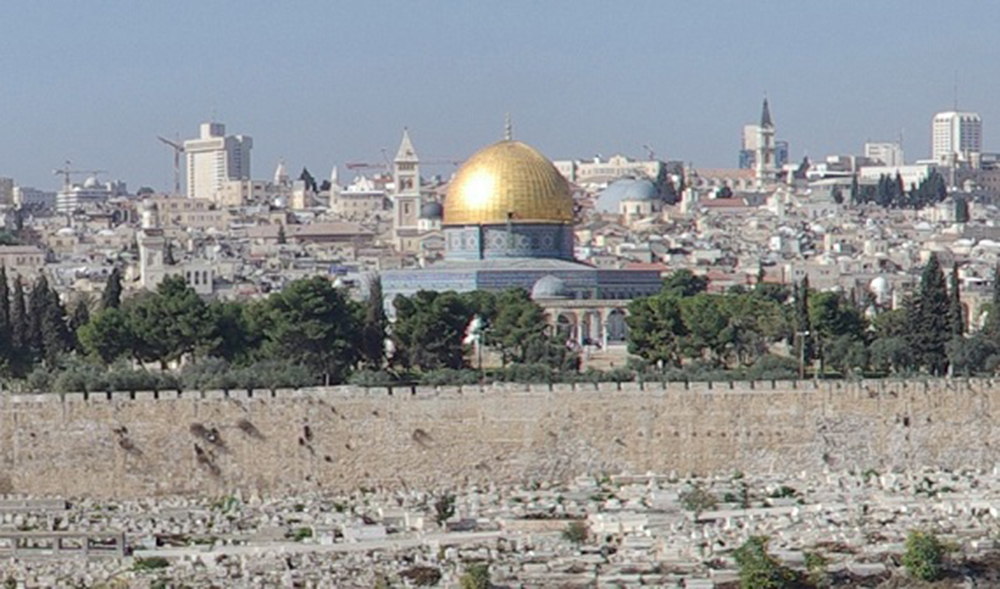 Temple Mount in Jerusalem is a major pinch-point of the Israeli-Palestinian conflict, as a major focus for Judaism and Islam.

Most agreed this was unlikely, despite Benjamin Netanyahu’s pledge to convince Trump to do so. Dr Emily Landau, senior researcher at the Institute for National Security Studies in Tel Aviv, and head of the Arms Control and Regional Security Program, observed that many critics of the deal now thought it should be kept.

“A new reality has already been established, and under these circumstances it makes most sense not to begin by rejecting the deal outright,” she said, adding that a US withdrawal would antagonise America’s allies.

Johnson, while stressing the JLC’s UK focus, also thought Trump would not pull out. He said: “The Iran deal is in force by too large a degree. It is unlikely to be changed at this stage.”

Weisfeld agreed that it was “unlikely,” adding: “The implications of doing so go well beyond Trump’s opinion of it… Russia could yet convince him of the benefits of the deal.” Landau added that while the deal would likely be left intact, several points – such as what constitutes a violation – need to be clarified by Trump’s team. “The new administration is best positioned to take a fresh and critical look at the deal, and introduce much needed improvements,” she said.

A missile is displayed by Iran’s Revolutionary Guard, in front of a portrait of the Iranian supreme leader Ayatollah Ali Khamenei.

Will he defend Israel at the United Nations, including on settlements?

Johnson said that although Trump seemed very supportive of Israel, “it would be surprising if he didn’t let something through [the UN] at some stage… In recent memory, most presidents have not vetoed UN resolutions which Israel has asked them to oppose.”

Weisfeld, who by contrast could “never” see Trump allowing a UN resolution critical of Israel, said: “It’s not clear if Trump understands what settlements are, and how they are perceived by one of the parties in the conflict, or the rest of the world.”

She added: “It’s not beyond the realm of possibilities that Trump could suddenly decide he dislikes the settlements and say so. But as things stand this seems unlikely.”

Sorene said Trump’s unequivocal support for Israel at the UN meant an end to the Palestinian strategy of internationalising the conflict. He said: “They have probably realised this ship has sailed.”

On settlements, however, Sorene noted that while Trump was sympathetic, Gen. Mattis was “a strong opponent,” and the BICOM chief thought that if Trump became convinced that settlements “harm American interests, or if he feels duped by the Israeli government, then he could come to specific decisions”. 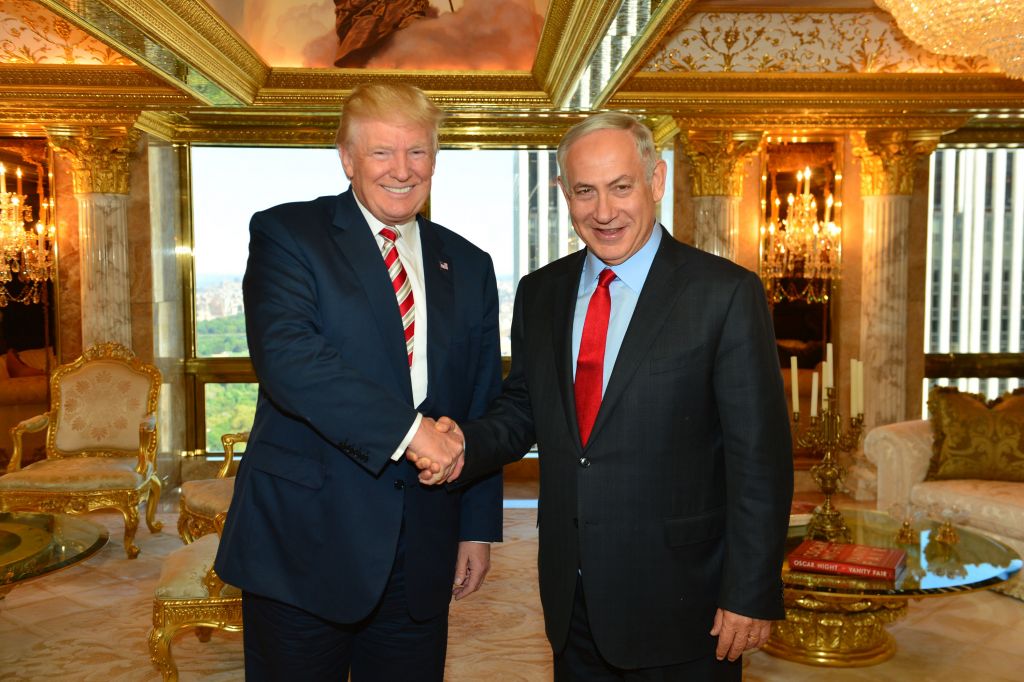 Will he really put his 35-year-old property investor son-in-law in charge of Middle East peace negotiations? And if so, can it work?

All were sceptical that Jared Kushner [pictured, left] could solve the world’s most intractable problem.

For Weisfeld, this was partly because he would not be seen as an honest broker by the Palestinians.

“His family foundation donated to various settlements, and to the Israeli army,” she said. “For the Americans to broker peace, there must be a shred of trust.”

Noting that all previous attempts to broker a peace had come to nought, regardless of who tried, Johnson said: “Businessmen have had as much success as career politicians… We will only be able to judge Kushner on his actions.” 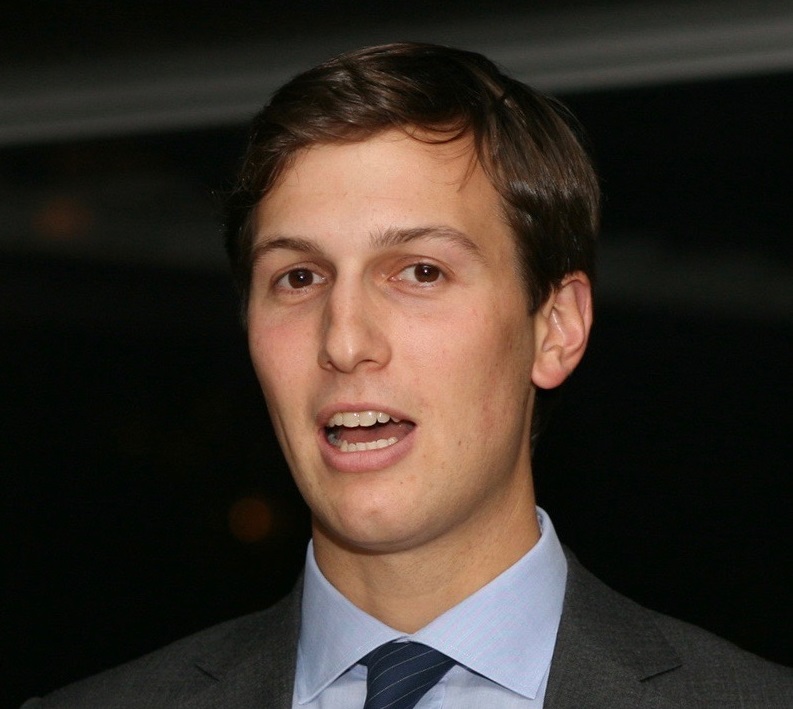 On US involvement, he added: “What needs to happen to make peace last is direct, bilateral discussions between Israelis and Palestinians. Outside influence is unlikely to be successful.”

Sorene restated the difficulties, including wide gaps on core issues, the right-wing make-up of Israel’s coalition, a weak and increasingly dysfunctional Palestinian Authority, Hamas control of Gaza, violence on the ground and the recent UN Security Council Resolution 2334.

“This all makes restarting negotiations even harder,” he said. “Kushner will not be able to change any of these issues, regardless of how likeable he may be.”