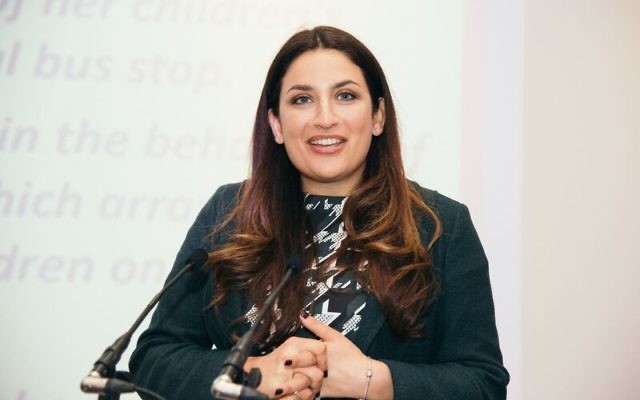 A self-confessed internet troll on trial for harassing MP Luciana Berger in a string of anti-Semitic rants has remained silent because he has no “sensible” answer to the charge, jurors were told.

Joshua Bonehill-Paine, 23, posted five blogs about the Liverpool Wavertree Labour MP who he blamed for jailing his “comrade” Garron Helm, the Old Bailey has heard.

In anti-Jewish blogs on two websites over four months, he likened Ms Berger, 35, to a rat and called her “evil” and a “money-grabber”, jurors have heard.

Ms Berger told jurors she feared for her life in the midst of the posts and a wider “FilthyJew Bitch Campaign” in support of Helm who posted a picture of Ms Berger on Twitter with a Star of David on her head and the hashtag “Hitler was Right”.

Throughout, Bonehill-Paine was on bail awaiting sentence for sending “malicious communications” and harassment on Twitter and a website alleging that several people were paedophiles.

The court has heard that the defendant, of Yeovil, Somerset, denies racially-aggravated harassment against Ms Berger between October 2014 and January 2015.

Jurors were told that he is claiming his conduct was “reasonable in the circumstances” and falls within the bounds of freedom of speech.

At the close of the prosecution case, defence lawyer James Palfrey told the court that his client had decided not to go into the witness box in his defence.

Trial judge Mr Justice Spencer told jurors they were entitled to draw inferences from his failure to do so.

In his closing speech, prosecutor Philip Stott said: “Mr Bonehill-Paine is not on trial for being a racist, that’s not a crime.

“He’s not on trial for expressing racist views. That’s not a crime. That is his right to freedom of speech.

“What he is on trial for is harassing a particular individual and doing so in a way demonstrating racial hostility to her.”

Mr Stott reminded jurors of Ms Berger’s evidence that she “felt sick” and was “incredibly troubled and concerned” by his blogs.

He said: “It’s clear she was actually alarmed and distressed by the defendant’s actions.”

The prosecutor said the defendant had not opened himself up to cross examination in the witness box because he has “no sensible” answer.

The “Filthy Jew Bitch” campaign which the defendant had hailed a success after it resulted in 2,500 tweets was not about Helm, Mr Stott said, but was to “harass Luciana Berger in the most racist way”.

He told jurors: “This is a man who hates Jews, who hates them because they are Jews. He hates Luciana Berger not because she is an MP particularly. He hates her because she is Jewish and in a position of some prominence in public life. He is affronted that somebody could speak out.”

But in his closing speech, Mr Palfrey dismissed content of the blogs as “piffle” and “pathetic puerile rubbish”.

He told jurors to set aside ranting YouTube videos, including one entitled “The Jewification of Great Britain”, which they had been shown but did not form part of the charge.

“Because what matters is if those five articles were harassment. So the defendant talking about what his own views are and extolling the rights and wrongs of them are irrelevant.”

The barrister went on to cite newspaper headlines such as “out of touch judges declare war on democracy” as examples of political discourse.

He said: “Satire, public political discourse, is not sensitive to emotions. It’s highly offensive sometimes but in essence the provisions of freedom of speech are there exactly to entitle people to offend other people.”

The lawyer suggested Ms Berger was “more annoyed than upset”.

But Bonehill-Paine’s blog on it was looking back on its success “not a call to arms”, he said.

He added that the campaign had originated in America via the far-right website Daily Stormer and was not started by the defendant.

In conclusion, Mr Palfrey told jurors: “Laugh at him, revile him, hate him by all means. Tell him exactly how much you dislike him at any opportunity because that’s your democratic right to express yourself.

“But in a democracy you should not make it a crime to express an opinion you disagree with because when you start to silence voices you disagree with, history has told us society will end up in a pretty bad place.”

The trial was adjourned until Wednesday morning.