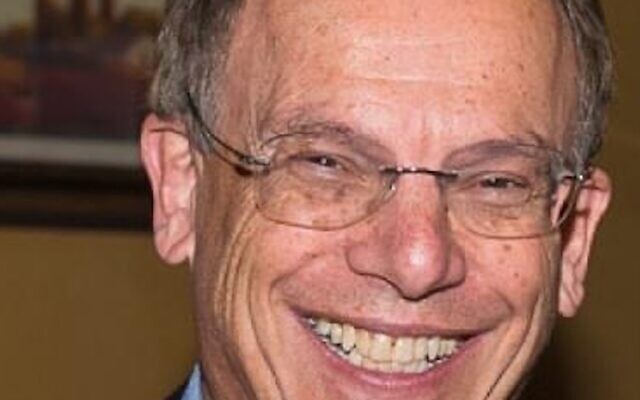 Tributes have been paid to former Reform chair Michael Grabiner, who has died at the age of 71.

The progressive leader who headed the movement from 2005-08, and also served as its vice-president, passed away last week following a long battle with dementia.

Reform sent its “heartfelt condolences and best wishes to Mike’s wife, Jane, his siblings; Susan Goldsmith, Stephen and Robert Grabiner, together with his children and grandchildren, and wish them all long life.”

Grabiner, who was awarded a CBE in 2012 for his services to education, had been instrumental in creating the Jewish school JCoss, where he was a former trustee and Chair of Governors.

Although brought up in an Orthodox community, he joined Finchley Reform Synagogue, where got was married, and became more involved in the progressive movement inspired by Rabbis Tony Bayfield and Jeffrey Newman. He was also chair of the World Union for Progressive Judaism.

“Mike’s personal charm and temperament were instrumental in bringing people together and along with his capacity to give freely of his time, his influence within the Reform Movement will always be remembered. We will always remain deeply grateful for his passion and support for our Movement”, a statement said.

He was buried last Sunday at Western Cemetery, Bulls Cross Ride, Cheshunt, with shiva prayers taking place until Wednesday, including on Zoom.

Finchley Reform’s rabbi Miriam Berger led the eulogy service on Sunday, saying: “We’ve been losing Mike for a while; he was no longer the man we knew, loved, and admired.

“We knew this moment would come and we knew him being freed from this awful disease is what he would have wanted.”

She paid tribute to his achievements and said he “always had a firm vision, always knew the destination, knew where he needed to get the project, the business, the kids, the charity to, and rather than shouting or bullying his way to get there he gently corralled, guided, asked difficult questions, helped you think it was your idea, always taking those that needed to be brought along on the journey each step of the way.

“The tragedy today is that he reached his ultimate destination, like so many other less significant ones, far too early. He would have hated to be the person he had become and yet perhaps he knew his life’s work was complete.”