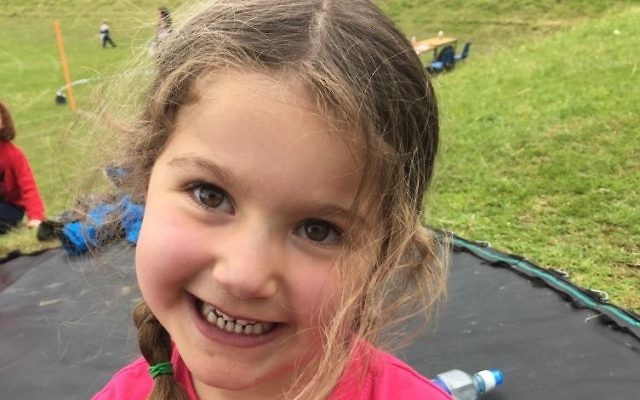 Five-year-old Immanuel College pupil Shani Berman passed away, after being diagnosed with a congenital heart defect at six weeks old.

How do you explain to a group of five and six year olds that their classmate is not going to be returning to school with them after the half term holiday? That she won’t be playing, sharing jokes or learning new skills with them? This was the bitter task facing the staff at Immanuel College Prep School, after the tragic death of one of their beloved pupils.

Shani Berman, who was a bright and enthusiastic member of the small Year 1 class, passed away two weeks ago following complicated open heart surgery.

Shani was the youngest child of parents Simon and Juliet, who live in Borehamwood, and sister to Tammy, age 11, and Joel, age 13.

When Shani was six weeks old, doctors told Juliet and Simon that their perfectly healthy-looking baby had in fact been born with a congenital heart defect called pulmonary atresia. This meant that she had a large hole in her heart and was missing the valve that links the heart to the pulmonary artery that takes blood to the lungs to be oxygenated.

About one in every 10,000 babies is born with some form of this condition. 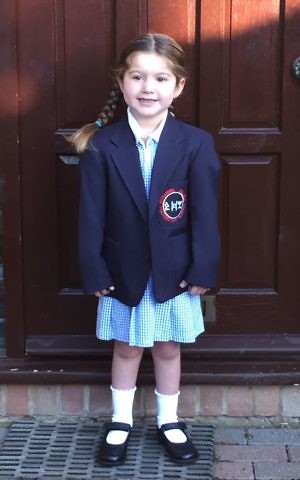 Shani in her school uniform. When she was six weeks old, doctors told her mum and dad that their perfectly healthy-looking baby had in fact been born with a congenital heart defect.

“We were in shock,” Simon recalled. “To be honest, we thought that they would do a scan and tell us that she has a small hole in her heart that would probably close on its own in time. This was not the case.”

Shani had her first operation as a baby; surgeons at Great Ormond Street implanted a tiny Gore-Tex tube into her heart where the valve should have been. She seemed to be making good progress, and the doctors were cautiously optimistic. Then at 20 months Shani suffered from heart failure and spent two weeks in hospital trying to recover.

“We were told at that point that she wouldn’t make it,” Simon remembers. Yet, remarkably, she came through it. Over the next four years, Shani grew into a lively little girl, who knew what she wanted from life and was determined to get it.

She loved Lego, Disney Princesses and Peppa Pig; she loved school. Parents Simon and Juliet worked hard to keep the health worries in the background and to maintain a normal and happy family life.

Simon is vice chair of Borehamwood synagogue and Juliet has raised money for HeartLine, a charity which supports families of children with congenital heart defects.

“The Bermans are an incredible family,” says Suzanne Yantin, a close family friend. “They’re welcoming, and warm, and quiet. They’re always involved in the community.” 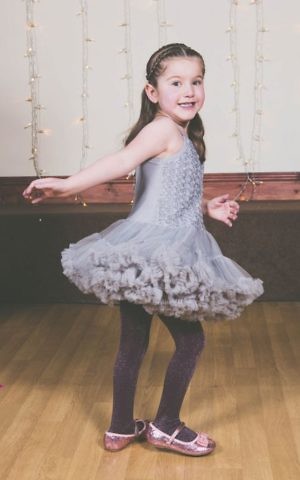 Shani herself understood that hers was a “magic heart” that meant she sometimes needed to rest, that wouldn’t let her run with the other children. According to Simon, “one of her doctors recently told us that only a trained Sherpa carrying baggage up Mount Everest would cope with the low oxygen levels that Shani had throughout her life.”

In the last few months, those oxygen levels depleted still further, and the doctors felt there was no choice but to operate again, this time to replace Shani’s heart valve. Tragically, Shani did not pull through from this surgery.

Alexis Gaffin, headteacher at Immanuel College Prep School, held a special assembly to remember Shani. She arranged for an organisation called Grief Encounter to come into the school to talk with the pupils. “Friends [at school] put together a memory box of thoughts about Shani that we’ll see at some point,” says Simon. “They want to keep the connection between the family and the school.”