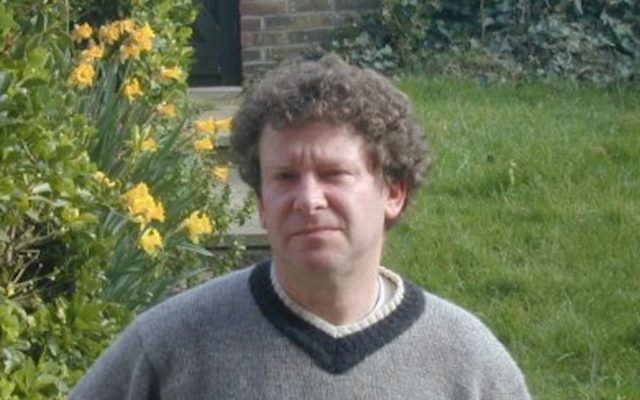 A man the High Court recently ruled can fairly be labelled a “notorious antisemite” has been at the centre of a vicious campaign to pressure a Manchester headteacher into backtracking over a donation to the Red Cross organised by pupils.

Students at Stretford High School in Trafford raised £278.42 for charity to go towards helping the victims of last month’s conflict between Israel and the Palestinians in Gaza.

But headteacher Nicola Doward found herself under fire from parents and anti-Israel campaigners who objected to the funds going to the Red Cross, which aids both Israelis and Palestinians affected by violence.

Education Secretary Gavin Williamson last month wrote to school headteachers to to remind them of their legal requirements for political impartiality following a spate of incidents involving pro-Palestinian activism at schools.

Sources have also told Jewish News that at several schools across the UK there is growing concern that children, who ask to raise funds for causes such as that involving the Palestinians, are being exploited by political extremists.

Among those to join in the campaign against high school head Doward’s decision to choose the Red Cross humanitarian charity was Tony Greenstein, who was previously expelled by Labour over allegations involving antisemitism.

Greenstein, who was recently ordered by the High Court to pay almost £70,000 after losing a court case he brought against Campaign Against Antisemitism over being called a “notorious antisemite”, was among those to post inflammatory messages regarding the school head – including the claim on his blog that funds from the children’s would be split between those who murdered and those who were killed.”

Doward initially tried to stand by her decision to donate the money to the Red Cross – but it is understood that anti-Israel campaigners along with some parents continued to pressure her on the issue.

In a statement posted on the high school’s Facebook page, Ms Doward eventually relented and said: “I would like to put on record that I unreservedly apologise for a decision I made to consider sending the proceeds of the funds raised to the Red Cross.

“I made this judgment call as at the time I believed there would be no bias in doing so. Subsequently, I understand that this decision has caused offence to some members of the wider community.”

But further on in her message Doward also stressed her own commitment to continue to provide unbiased teaching around the sensitive topic of Israel and Palestine.

She wrote: “As a school, we have delivered lessons on Palestine & Israel, so that students may be informed regarding the history and present-day events of what occurs within the region.

“Our aim is to present a balanced view so that our pupils have a safe environment to discuss and ask questions as it is vital in having an open dialogue on this sensitive issue.

“It is just as important that Stretford High School continues to deliver the work we have planned to carry out this term, to shine a light on human sufferings wherever this may occur.”

Stressing her commitment towards balanced learning on the Middle East, Doward also wrote:”people who want to sow seeds of hate will not deter us.”

The local MP for Stretford and Urmston Kate Green – Labour’s shadow education secretary – told Jewish News: “I’m proud of the students at Stretford High School who have raised funds to provide relief to people in Gaza.

“The school and students are now going through a process to decide where to donate the money to ensure it does most good.

“The school and local community has come together to calm the situation and work to a solution. I welcome the schools intention to engage staff and students in a series of learning activities to increase understanding of the conflict.”

Jewish News has contacted the school headteacher Ms Doward, and the Education Secretary for comment.