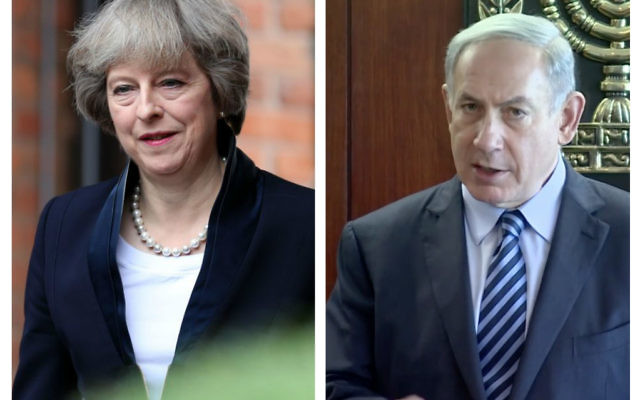 Theresa May and Benjamin Netanyahu.

Theresa May was “blindsided” by the Foreign Office over Britain’s support for the United Nations resolution on settlements, a senior Tory MP has suggested.

The comments represent the latest twist in a diplomatic saga provoked by the Security Council motion describing the West Bank and East Jerusalem as “occupied” and settlements as having “no legal validity”.

The US and the UK, which abstained and backed the motion respectively, faced the brunt of Jerusalem’s anger – with Israeli officials claiming the latter helped draft the motion and then pushed for it to be brought back to the table when Egypt abandoned it. 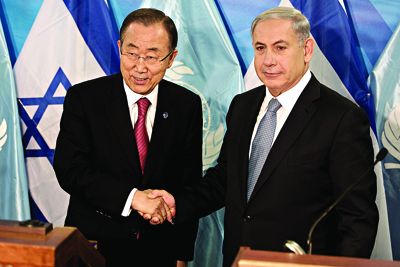 Former Secretary-General of the United Nations Ban Ki-Moon in Israel with Netanyahu.

Mike Freer, MP for Finchley and Golders Green, said the “drip-drip of anti-Israel bias” from the UN “legitimises those seeking to delegitimise Israel” and vowed to push for it to be overturned.

But writing in Jewish News, he speculated the latest resolution could end up doing Israel a “favour” by creating circumstances which “might just cause the UN to adopt a more balanced approach, to reassess what it’s purpose is” or risk the UK and the Trump administration joining forces to penalise the body they are major funders to.

The prime minister, he said, is not a fan of backroom deals on which he claims “the UN thrives”, adding: “I doubt Theresa May will have been impressed at being blindsided by our FCO which has a patchy record at the UN regarding Israel. This too I suspect may now change.” It is still unclear to what extent Downing Street was involved in the decision-making process over the vote and its build-up.

It came after Downing Street issued an unprecedented rebuke of John Kerry following his speech last Wednesday on the future of Israeli-Palestinian peace process. 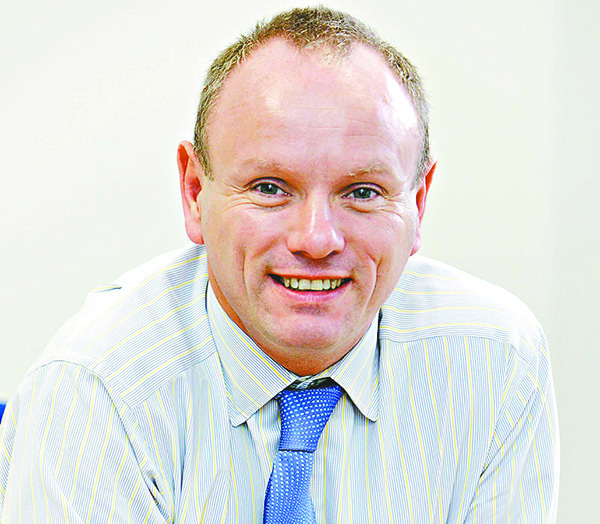 The unprecedented statement – first revealed by Jewish News – came after the US Secretary of State warned the possibility of a two-state reality was being put in grave danger and branded the governing coalition in Israel as “the most right-wing in history” with an agenda driven by the most extreme elements.

A spokesperson for the prime minister said: “We do not believe that the way to negotiate peace is by focusing on only one issue, in this case the construction of settlements, when clearly the conflict between the Israelis and Palestinians is so deeply complex.

“And we do not believe that it is appropriate to attack the composition of the democratically-elected government of an ally.”

“The government believes that negotiations will only succeed when they are conducted between the two parties, supported by the international community.”

Envoys from a dozen countries that backed the motion, including the UK, were summonsed in the wake of the vote.

However, Number 10 defended Britain’s support for the motion, saying: “The British Government continues to believe that the only way to a lasting peace in the Middle East is through a two-state solution.

“We continue to believe that the construction of settlements in
the occupied Palestinian Territories is illegal, which is why we supported UN Security Council Resolution 2334.

“But we are also clear that the settlements are far from the only problem in this conflict. In particular, the people of Israel deserve to live free from the threat of terrorism, with which they have had to cope for too long.”

A US state department spokesperson said: “We were surprised by the Prime Minister’s Office’s statement given John Kerry’s remarks, which covered terrorism, incitement and settlements, were in line with the UK’s own policy and its vote at the UN.”

Amid the diplomatic fallout, Benjamin Netanyahu’s office was also forced to deny a planned meeting with Theresa May had been cancelled, saying no talks had been scheduled.

Meanwhile, a demonstration will be held in central London on Sunday against the “UN’s bias and the UK’s apparent endorsement of that bias”.

Paul Charney, chairman of the Zionist Federation – which is organising the demo – said: “Yet again the United Nations has proven it is a one-sided body, hell-bent on criticising Israel above all other nations.

“For the UK government to firstly not have used its veto to quash this resolution but even more so voting for it shows a lack of understanding and support for the Jewish nation in this so-called international body.”