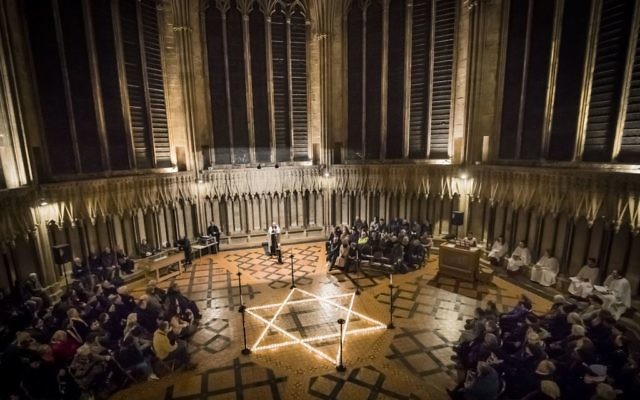 600 candles in the shape of the Star of David are seen during a commemoration for Holocaust Memorial Day at York Minster, York, 2017.

Leading figures from the worlds of politics and culture, including Prime Minister Theresa May, paid their respects to the victims of genocide and pledged to learn from the past ahead of this year’s Holocaust Memorial Day (HMD).

Some 600 candles in the shape of the Star of David were lit for a commemoration for Holocaust Memorial Day at York Minster.

At a commemorative event in Westminster on Friday, survivors of the Shoah will stand shoulder to shoulder with survivors of the genocides in Rwanda and Bosnia, with the Chief Rabbi and Archbishop of Canterbury in attendance. Similar events will take place in Scotland, Wales and Northern Ireland. 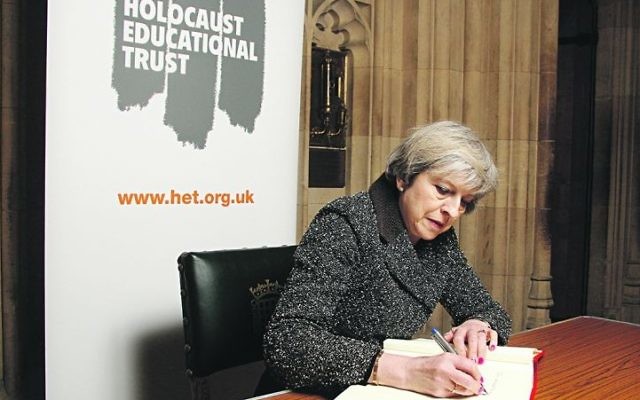 The prime minister signs the Book of Commitment

Events in the capital are among some 6,000 initiatives across the world, as people of all religions and backgrounds prepare to mark the day – 27 January – when Auschwitz-Birkenau was liberated.

Well-known names such as actors Jim Broadbent, Chelsea Halfpenny and Samuel Barnett are set to address crowds, while pre-recorded readings by John Simm, Jenny Agutter, Sheila Hancock and Nina Sosanya will be played.

Performers in London will include Irish musician Steve Wickham, who is best known as a member of The Waterboys and has composed original music for HMD, based on Jewish folk music.

In the UK, events are being held in community centres, schools, libraries, museums, arts venues, prisons, railway stations and places of worship. The Prime Minister’s message in the book of commitment

Olivia Marks-Woldman, chief executive of the Holocaust Memorial Day Trust, urged participants to learn from the past, with this year’s theme asking how life goes on for those who survive genocide.

“It is vital we all remember and reflect upon the horrors of the past, and honour those who survived and went on, with bravery, to rebuild their lives. On Holocaust Memorial Day, we learn from the past and consider how we can help build a better future.”

Communities Secretary Sajid Javid said: “Every January, when we listen to those who survived the Holocaust and other genocides, we don’t just learn a little more about the darkest chapters of human history, we give ourselves a stark reminder of where hatred and bigotry can lead if left unchecked. In 2017, that lesson is more important than ever.”