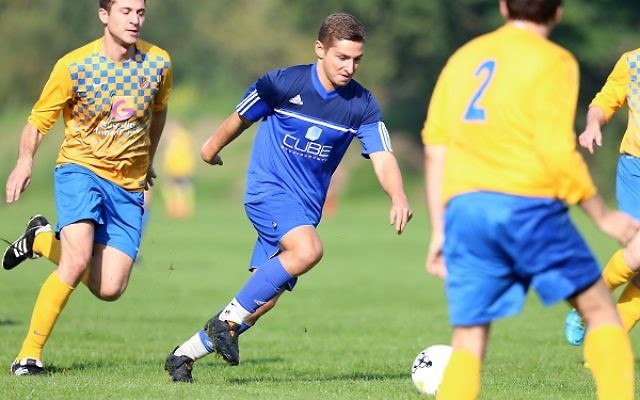 Redbridge turned up at Nicholas Breakspear knowing only a win was good enough to keep them in the title race and boy, did they deliver.

Within two minutes, FC Team attacked for the first time on the break and from a lob, the stand-in goalkeeper for Redbridge, Adam Hakimi, delivered a world class palm away that kept the status quo.

The goals then followed with Dean Nyman opening the scoring and goals just followed with James Berkley, Nathan Sollosi and Zack Neiman all getting their name on the scoresheet to leave the score at 4-0 at half-time.

Urging his boys to cut out the showboating and keep the foot on the pedal, Jon Jacobs’ half-time team talk duly delivered, as RJC went all out in the second half.

Utilising the roll-on, roll-off substitution to the max, all three substitutes were soon into the fray with Sam McCarthy, Matt Berkley and Danny Hakimi into the action.

Goals five, six, seven, eight and nine followed with goals from Nyman, Berkley and Nathan Sollosi all claiming their second of the match, the latter rounding off a lovely team move. Sam Sollosi added his usual classy finish and then a goal full of frustrated power came from Daniel Garfinkle, finished off the scoring with a power volley from 20 yards out for the 10th and final goal for RJC. There was even time for Team to score a deserved consolation through Richard Salmon, but as far as RJC were concerned, it was a game great for the goal difference and confidence.

Manager Jon Jacobs said: “With Russell Goldstein to return for next Sunday’s must win tie game against Hendon, the squad is at full strength and full of swagger. There’s an embarrassment of riches in the attacking positions which is so exciting to see and a very solid back four to keep things tight so a nice selection headache for once.”