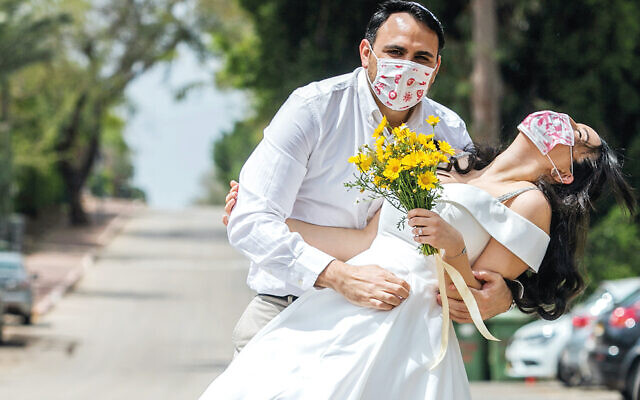 Jewish couple tie the knot with masks in the peak of last year's first wave. Photo by Yossi Aloni/Flash90

The Jewish community is gearing up for a summer of love as the number of weddings is set to soar by more than 160 percent compared to the same period last year.

Patient couples who delayed their simchas as a result of the pandemic hope the government’s plan to lift restrictions on 19 July – so-called Freedom Day – will mean they can host large celebrations with more guests.

Figures obtained this week by Jewish News show the number of summer weddings – conducted under the auspices of the Office of the Chief Rabbi (OCR) and the S&P Sephardi Community – will increase by a significant 162 percent from just 42 weddings last summer to more than 110 over the same period this year.

At least 97 weddings will be held under the auspices of the OCR this summer, a 169 percent increase on just 36 weddings last summer when guests were limited to 30 people. In the summer of 2019, before the Covid-19 outbreak, there were 67 summer weddings.

The OCR summer period covers the Jewish calendar dates from the 9 Av until Rosh Hashanah (19 July to 5 September this year).

Meanwhile, there has been a 117 percent increase in the number of couples getting married under the S&P Sephardi community, from just six weddings – over July and August last summer – to 13 weddings planned so far over the same period this year.  The figures do not include marriages taking place under progressive movements, which were also  contacted for comment.

Simcha suppliers this week welcomed the news, after many weddings were cancelled as a result of restrictions over the pandemic.

While the slow easing of restrictions meant that by 21 June, 30 guests were allowed to attend celebrations, there were still limits, including preventing indoor dancing. 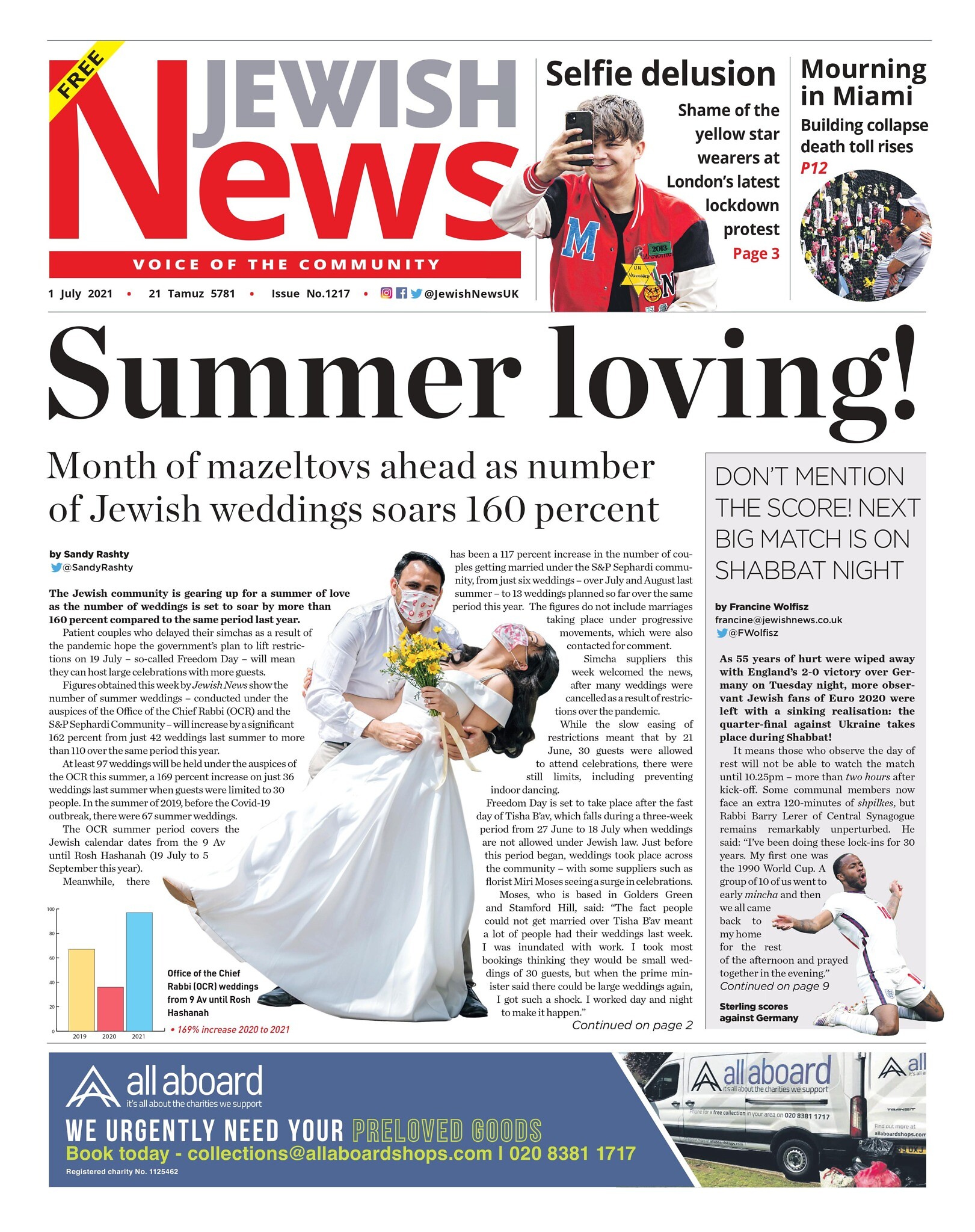 Freedom Day is set to take place after the fast day of Tisha B’av, which falls during a three-week period from 27 June to 18 July when weddings are not allowed under Jewish law. Just before this period began, weddings took place across the community – with some suppliers such as florist Miri Moses seeing a surge in celebrations.

Moses, who is based in Golders Green and Stamford Hill, said: “The fact people could not get married over Tisha B’av meant a lot of people had their weddings last week. I was inundated with work. I took most bookings thinking they would be small weddings of 30 guests, but when the prime minister said there could be large weddings again, I got such a shock. I worked day and night to make it happen.”

Tenenblat catered five weddings last week, including one for 280 guests. He said: “We are so happy being back doing what we do best.”

Jeremy Horowitz, of showband Muzika, said: “It is great to be back and have events.”

Videographer Paul Richman, who filmed two Jewish weddings last week, including a 175-guest wedding at The Dorchester on Park Lane, said: “It felt incredible to be back after the awful last 15 months we have had as an industry. It is pretty non-stop until late in the year.”

Toastmaster Jamie Paskin said: “I’ve missed the excitement, the adrenaline, how powerful it is when the families come together and seeing the joy on people’s faces.

“People are desperate to dance, party, to be with their loved ones and celebrate special times together.”

Speaking in the Commons this week, Health Secretary Sajid Javid said: “We see no reason to go beyond 19 July because no date we choose comes with zero risk for Covid.”