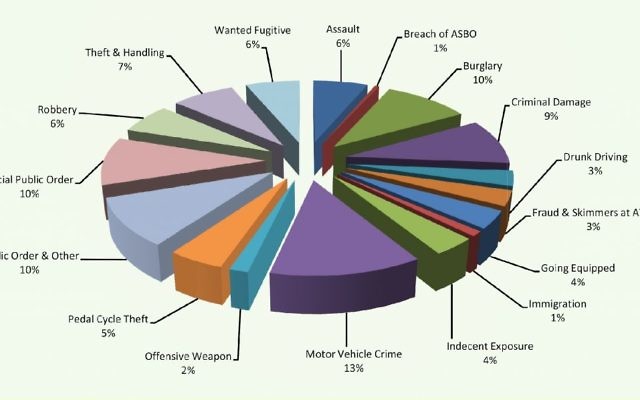 Stamford Hill’s neighbourhood watch group Shomrim helped make one arrest every three days during 2016, with 19 being for “anti-Semitic crimes,” according to figures released in an annual report.

Among the alleged crimes were burglary, assault, drink driving, indecent exposure and illegal possession of a firearm, while other suspects were alleged to have perpetrated racially-aggravated abuse and harassment of Orthodox Jews.

“Our work resulted in 19 suspects being arrested by police for anti-Semitic crimes, many of whom were charged and have court dates pending,” said the group.

Work by volunteers from the largely Charedi population drew praise and endorsements from senior police figures, who said their assistance was “relentless and tireless”.

Detective Chief Superintendent Simon Laurence, Hackney Police Borough Commander, said “Shomrim have delivered some truly outstanding work and been an excellent support to the Police at Hackney. They want to assist with preventing crime and informing us of offenders committing crime as well as bringing to our attention crimes that may have previously gone unreported.”

Shomrim acknowledged that many religious Jews in Stamford Hill “continue to see anti-Semitism on a daily basis” because they are “visibly Jewish,” and Campaign Against Anti-Semitism (CAA) chairman Gideon Falter agreed that the Charedi community was targeted because it was “particularly recognisable”.

On the group’s work, Falter said: “These convictions are hard won. Shomrim’s volunteers patrol day and night, attend crimes, support victims, work closely with police and give testimony in court. They do this without payment and often without praise. Shomrim are without any doubt the gold standard for community policing.”