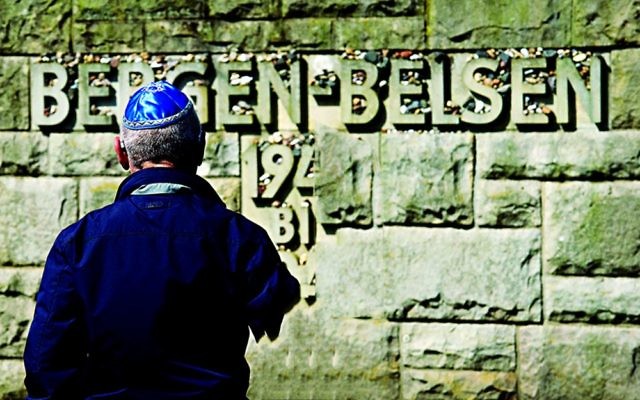 Holocaust survivor at the Bergen-Belsen memorial.

Holocaust survivors may face repaying thousands of pounds after the Austrian government this week contested their claim for a nursing care allowance, it has emerged.

A 93-year-old woman and a 92-year-old man, both from Manchester, received letters from the Austrian pension authority (PVA) informing them they were not entitled to the pflegegeld benefit, because they also received help from the UK government in the form of Attendance Allowance.

According to an EU directive, a person cannot receive the same type of benefit from more than one EU country. The PVA has now requested that the money be repaid.

But Michael Newman, chief executive of the Association of Jewish Refugees (AJR), which is liaising with the PVA over the issue, says the pensioners have “acted openly and transparently” by declaring their UK benefits and believes they should not have to pay a penny back.

“We argued that our members did disclose everything and we have the original application forms to prove this. It’s just that the PVA have never applied the ruling, until now.

“Why should they have to pay anything? The error in payments was not theirs, it was the pension authority.”

In the case of the 93-year-old woman, the AJR asked the Austrian embassy to intervene and have successfully reduced her repayment from €17,000 to €3,500.

Since 2002, Austrian Holocaust survivors living abroad have been entitled to the same nursing care payments as those living in Austria, as long as they are also eligible for a pension.