A candidate standing for an anti-vaccination party who arrived at an election count in Glasgow with a yellow star pinned to his jacket has denied making a Nazi salute along with another colleague.

They all had a yellow star pinned to their jacket fronts with “UNVAX” written on it.

Jackson and another individual both posed for photographs with their right arms outstretched outside Glasgow’s Emirates Arena.

He was quizzed by reporters about his apparent Nazi salute but instead claimed it was a “love salute.” 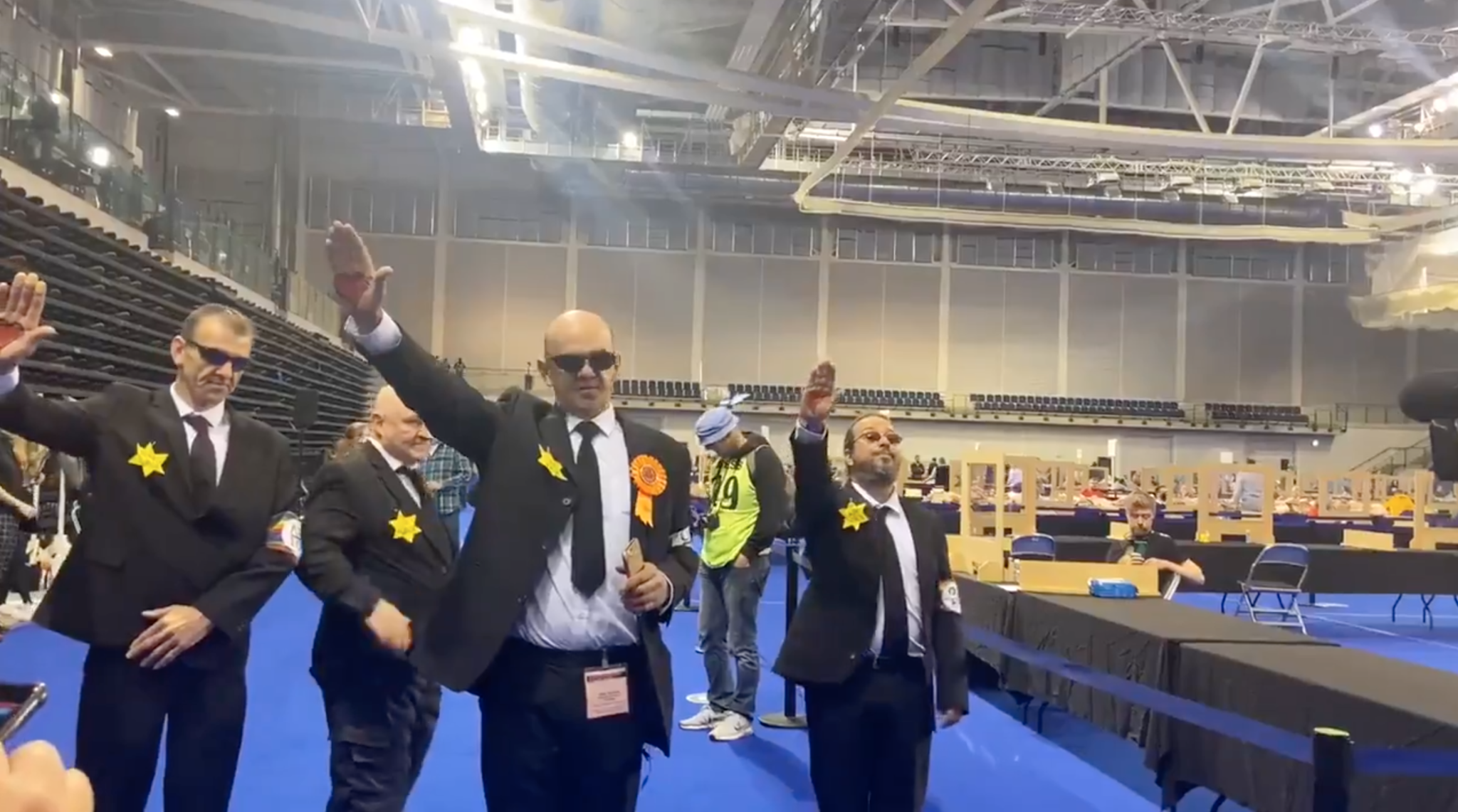 Asked if the Yellow Stars on their jackets were related to the Nazi Holocaust, Jackson said they were protesting about Covid vaccinations.

Reports in the Daily Record and The Herald said police intervened outside the as the Liberal Party group approached the count hall with followers doing what looked like Nazi salutes.

When the Glasgow Times challenged him on what looked like a Nazi salute. He replied: “It’s a love salute. We love everybody. Do you love everybody?” 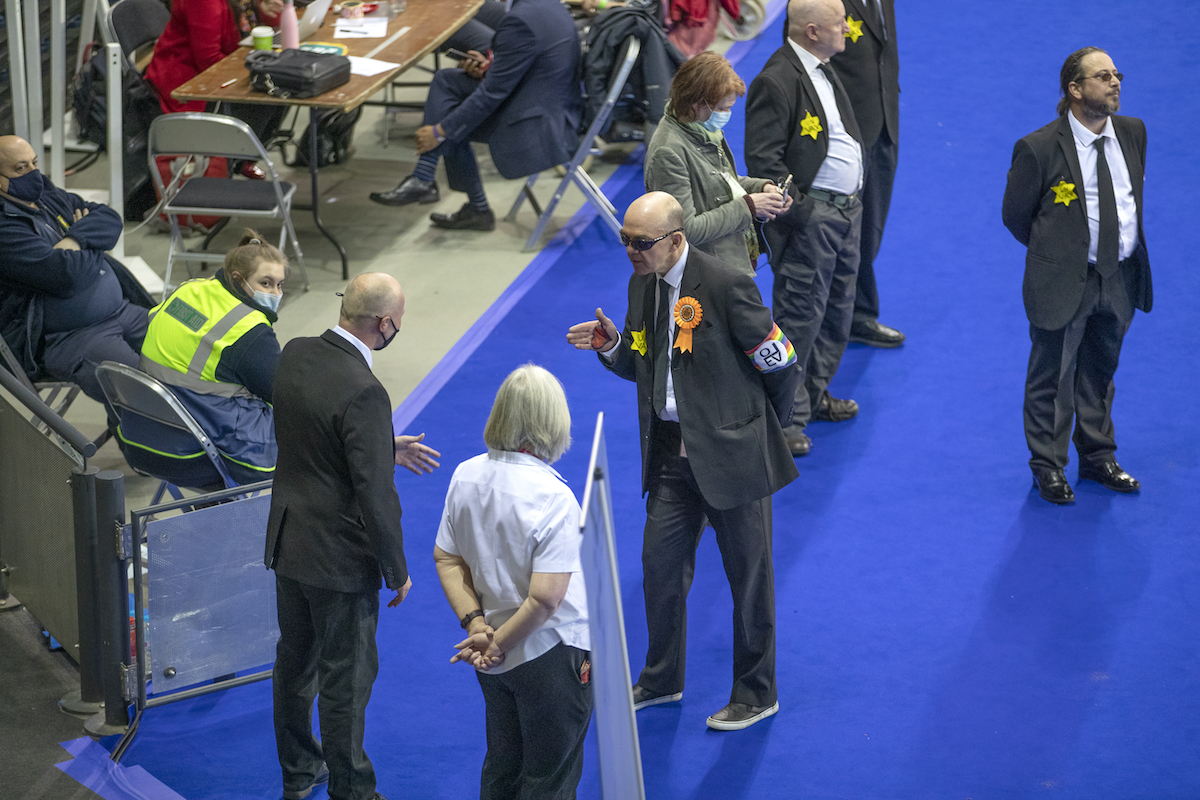 Count officials speak with members of the Liberal Party before they are removed from the count floor at the Scottish Parliamentary Elections at the Emirates Arena, Glasgow. Picture date: Friday May 7, 2021.

He said he was standing against the hate crime legislation.

Jackson added: “I think people should be allowed to hate.”

The SNP candidate Humza Yousaf also told how Jackson and his entourage had approached him inside the venue for the count.

Yousaf told the Daily Record Jackson and his supporters made a “bee line” for him when they entered the venue. 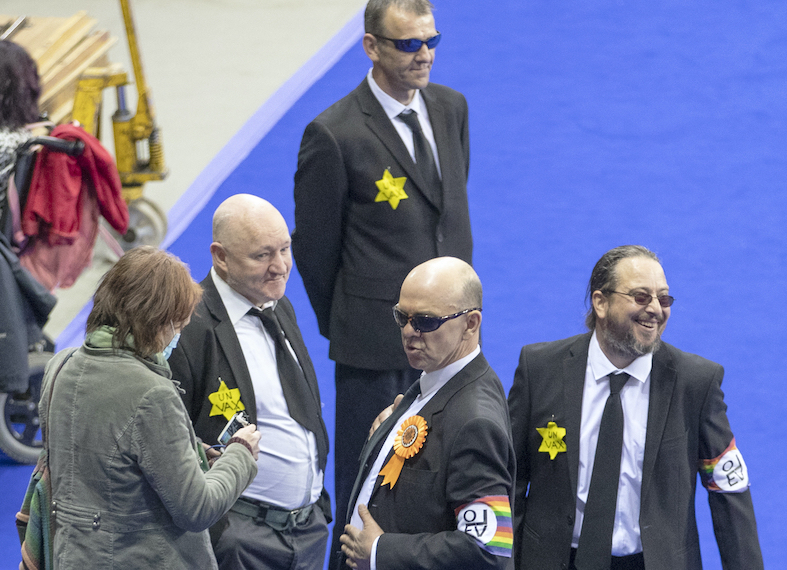 Members of the Liberal Party before they were removed from the count floor at the Scottish Parliamentary Elections at the Emirates Arena, Glasgow. Picture date: Friday May 7, 2021.

He said: “They were directing questions to me about Pakistan, obviously because of my colour of skin,” he said. “I’m not from Pakistan. My home is in Scotland.

“I was delighted to be joined by colleagues from across the political parties standing in unity with me. I’m pleased their voices were drowned out.”

They added:” We condemn this in the strongest terms. We stand with our Jewish brothers and sisters against those who seek to demean or trivialise Jewish people who were killed or persecuted in the Holocaust.”