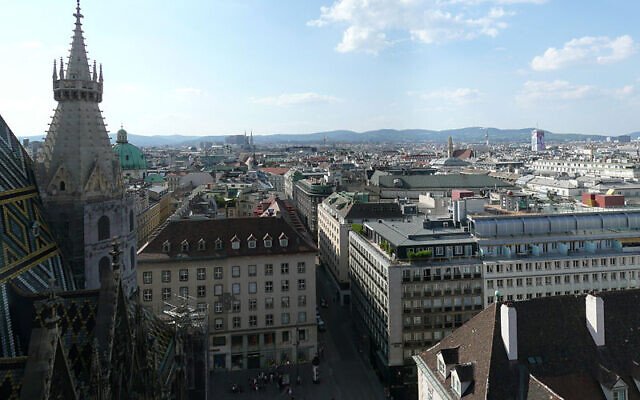 The great-grandson of the Austrian branch of the Rothschild banking dynasty is suing the city of Vienna for “perpetuating” Nazi laws by plundering a charitable foundation set up for the mentally ill.

Geoffrey Hoguet, an investor who lives in New York, brought the case over the £93million trust in what is believed to be the largest ever restitution claim by the descendants of Nazi victims.

The lawsuit accuses city authorities of plotting to sell valuable property from the foundation, which was set up in 1905 by Baron Albert von Rothschild, at significantly undervalued prices.

In an interview with the Financial Times, the descendants said the city had “essentially rewritten a will to make itself the main heir, and in effect, has done by guile what had been done in 1938 by brute force”.

They added that the city’s actions “represent a grievous case of self-dealing, possibly the most cynical and corrupt in the history of Aryanisation and restitution in post war Austria”.

The city’s lawyers said: “It is remarkable what arguments are being made about agreements with the Rothschild Foundation, which were taken decades ago, and with the greatest respect and understanding of the original intentions of the foundation.”