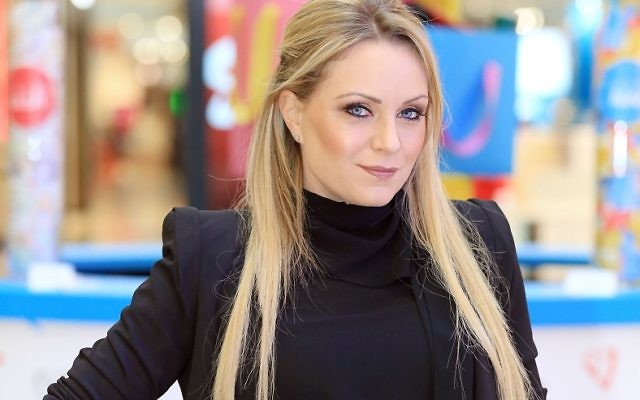 Departing EastEnders star Rita Simons has said she has a “huge loyalty” to the show, even after her character was killed off.

But after almost a decade playing half of the Mitchell sisters duo, the Jewish actress did not rule out the possibility of joining another soap.

In a dramatic New Year’s Day episode, her character Roxy drowned in a swimming pool, shortly followed by her sister Ronnie (played by Samantha Womack) who jumped in to save her.

After her final episode was broadcast, Essex-born Simons, 39, who is the niece of businessman Lord Alan Sugar, told the Press Association: “I would never say never, but my heart is probably always going to be with EastEnders.

“It’s such a massive part of my life and I do love that place.

“Honestly, I have a huge loyalty to EastEnders at the moment.”

After becoming best friends with Womack on the set, she described filming the pair’s deaths as similar to losing a real sister.

“We are ridiculously close, we are like one person,” she said.

“We speak to each other multiple times a day and I know her every movement and she knows mine.

“I am going to miss not having her in my dressing room… she has been with me the whole time… and I do believe we will work together again one day.”

But Simons added that the end of her 10-year stint on the show would allow her to pursue other projects, such as a comedy or gritty drama.

Speaking about being cut from EastEnders, she said: “It’s always quite difficult in a soap because you’re never quite sure when you’ve outstayed our welcome and when it’s time to go, and I do believe it was the right time to go.

“That doesn’t make it any easier but, as an actor, 10 years in a soap, I was ready to go out and try other things.

“My passions are TV and film and there are so many things I would love to do – a comedy, maybe something gangster and gritty.

“I would even love to do a few episodes of (dark US drama) Ray Donovan. We’ve got a few Brits branching out into some of these box sets, which is brilliant.”

After a busy pantomime season starring in Snow White in St Albans, Simons is set to return to the stage in August for a year-long touring production of Legally Blonde.

She has also been using her new-found freedom to do more charity work.