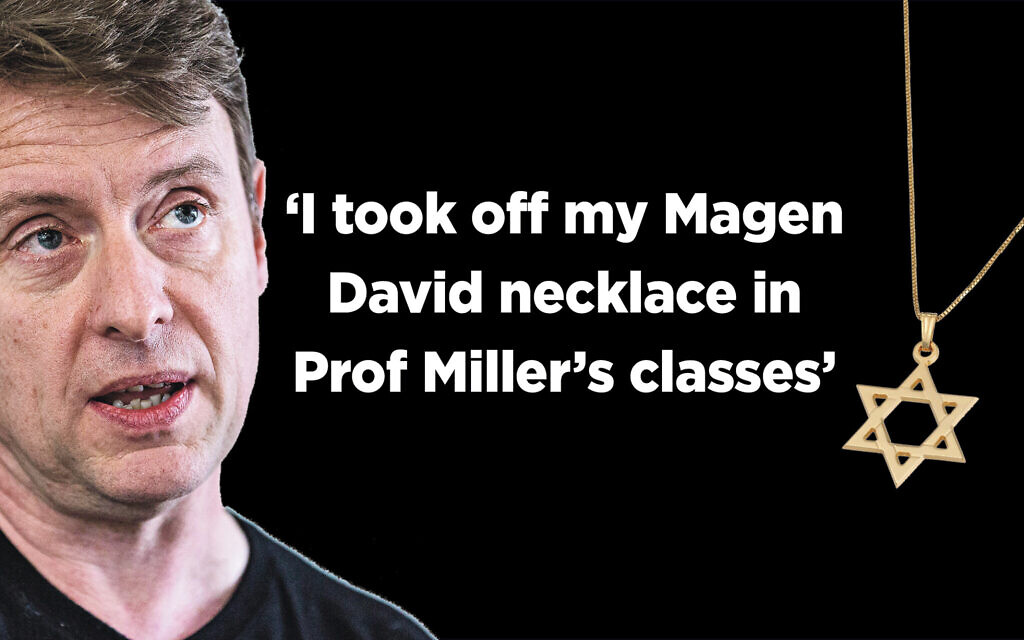 A former Bristol University Jewish student today speaks for the first time about how they became so concerned about the views of sacked professor David Miller that they removed their Magen David necklace  in class – as Jewish News exclusively publishes a leaked recording of the academic’s most infamous talk.

The student has kept their identity a secret ever since they and another undergraduate who also attended Miller’s classes complained to the Community Security Trust (CST) about a lecture on Islamophobia given by him in February 2019.

•  First complaints against the academic in 2019

An investigation launched two years later – and headed by an independent QC – cleared him of “unlawful speech” but he was dismissed earlier this month after being found to have failed to meet the standards of behaviour expected.

Speaking to Jewish News about their decision to contact CST, the one-time student admitted: “I was scared. I don’t think he [Miller] knew I was Jewish, but I was concerned that he might have treated me differently if he had.

“It is a terrible thing to say, because I do wear a Magen David necklace everyday, but I took it off for his seminars because I felt uncomfortable.”

Despite the evidence given by the now-graduated student on the impact of Miller’s lecture on Jews who sat in his classes, their claims were allegedly initially not investigated after a complaint was submitted on their behalf by CST.  It was only in February this year after new comments from Miller that the university announced an investigation, with his sacking happening several months later.

Correspondence sent by the university’s governors to both the CST and to government officials, now seen by Jewish News, confirms that Bristol’s registrar and secretary said the institution does not have a formal process for handling complaints from “third parties”.

Our investigation also discovered that it is near impossible to lodge an anonymous complaint over an allegation involving any form of racism at Bristol, because policies stipulate that in order to proceed, a complainant would need to give details of their full identity to the student complaints officer. One legal expert said such practice puts Bristol at odds
with whistleblowing practice at most modern institutions.

But asked to comment on its complaints processes, a Bristol University spokesperson told this newspaper that in line with ACAS guidance, such internal processes should remain confidential. 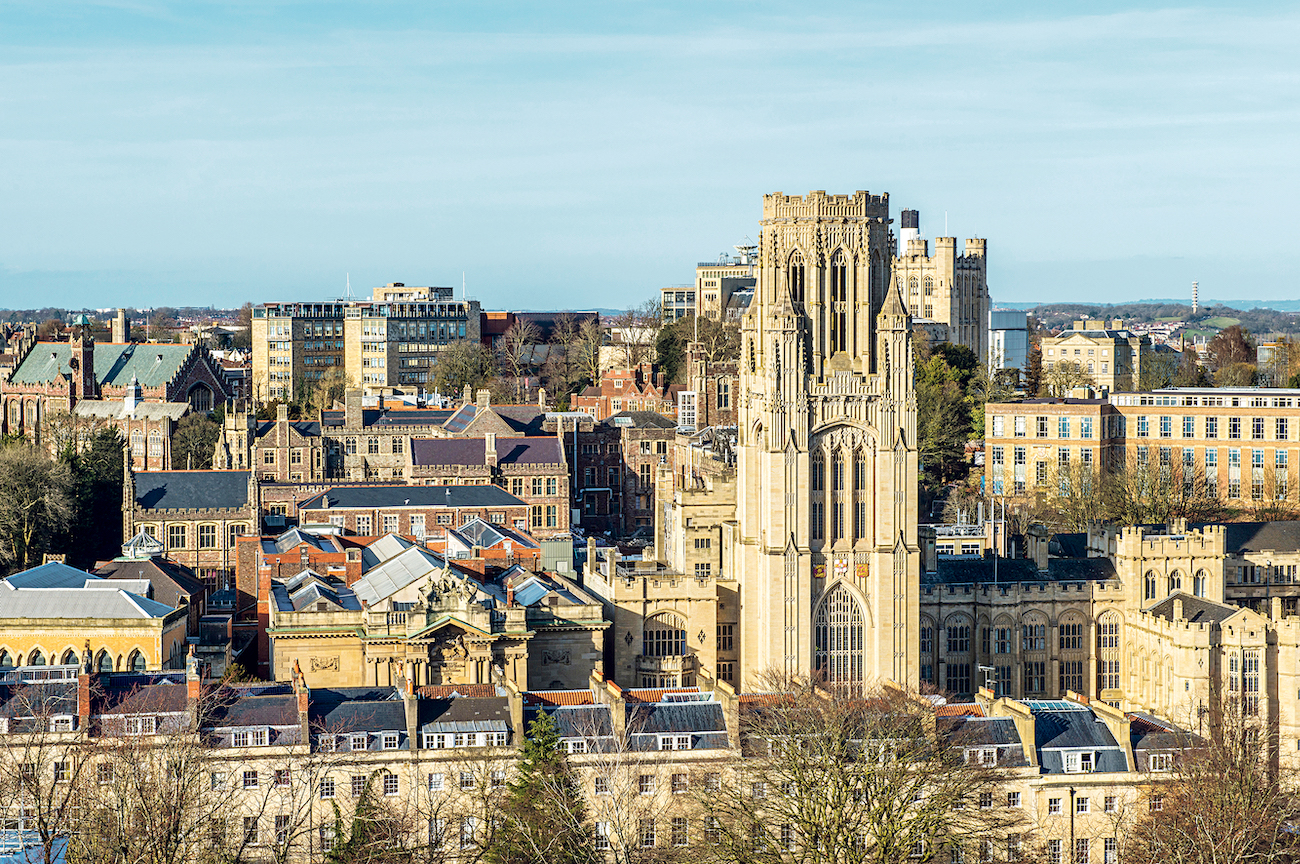 CST is understood to have written to the university repeatedly to protest the failure to investigate the two Jewish students’ statements – reminding Bristol’s governors both of its role and of the possible recriminations the undergraduates could face if their names were revealed.

Speaking out for the first time about how it felt to have their claims about Miller not dealt with by the university, one of the two students said: “It made it easy for Miller to spin the narrative into Zionist organisations, but no one acknowledged that a Jewish student initiated the complaints. It’s quite disheartening because it makes it impersonal.”

The student said they had opted to take the professor’s ‘Harms of the Powerful’ unit, which ran from January until May that year, as part of their wider three-year long degree course. They had been particularly interested in hearing Miller’s observations on anti-Muslim hatred and said the first three of Miller’s two-hour lectures had been “completely moderate”. 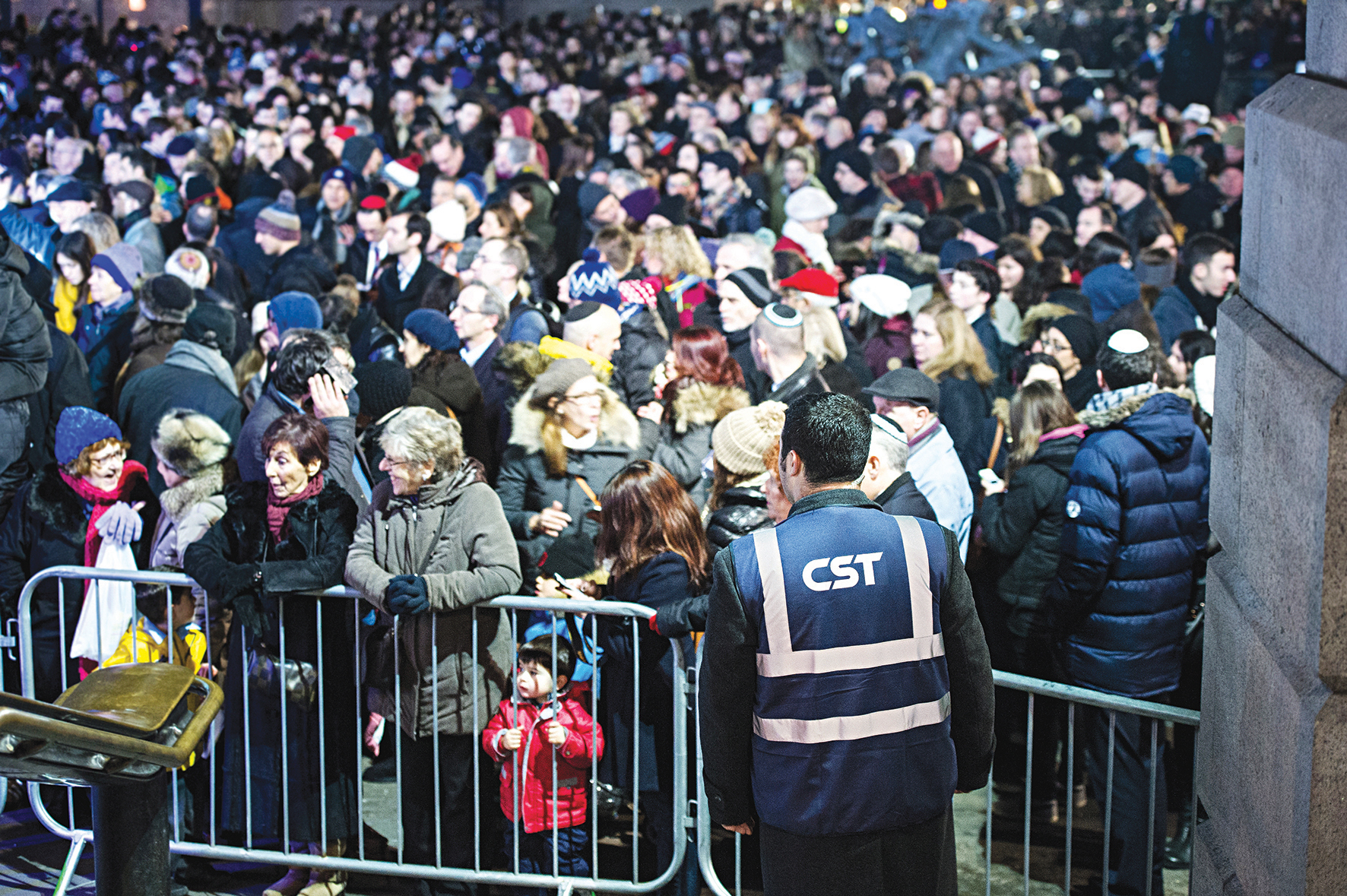 It was only when Miller reached lecture number four – with its central claim that Zionism was one of five ideologies pushing Islamophobia – that his controversial ideas around the concept were voiced.

Jewish News has obtained a leaked recording of that lecture, titled “Islamophobia”, which he gave on 18 February 2019 to around 50 students studying various courses at the Russell Group university.

The recording confirms that the CST – best known for mounting security patrols outside Jewish schools and synagogues – in Miller’s view
“targets the left and Muslims for its activities”.

During his talk, Miller attempted to explain the reasons behind anti-Muslim hatred, saying: “This is where we come to the connections, especially to the Zionist movement ….”

After detailing alleged funders of the right-leaning think tank the Henry Jackson Society, he claimed:  “These have also funded, some of them, the Community Security Trust, which is technically not a Zionist organisation, but which focuses on antisemitism and, in particular, targets the left and
Muslims for its activities.”

Elsewhere in the lecture, Miller also claimed that “some” of the main Zionist groups in the UK were actively “funding Islamophobia”.

Asked how the other undergraduates who attended Miller’s lecture that day responded, the Jewish student in the lecture room revealed: “To many of them, I was the only Jew they had ever come across. A lot of them had been nodding as though they were in agreement with what Miller said, and were furiously writing down notes.

“I was asked, ‘Is this stuff Miller has said true?’ One student, who was not Jewish herself, but whose boyfriend was, actually dropped the unit. I didn’t have the option of dropping it as I had nothing else I could swap it for.

“On another occasion, I was in a smaller seminar with Miller. He wasn’t aware complaints had been made about him yet, but in the seminar he seemed to brush over discussing his remarks about Zionism in
any detail.”

Driving home to London for Friday night dinner with family and friends, the student said they were left in two minds as to whether to register any disapproval over the content of Miller’s talk. Fearful of jeopardising their situation at the university, it was decided the CST was best placed to take up the issue.

Further protestations were made about the academic from the Union of Jewish Students (UJS) and Bristol Jewish Society (JSoc). These were investigated and rejected, at a time when the university had not adopted the International Holocaust Remembrance Alliance definition of antisemitism. It was looked into again once it had adopted the definition, but led to no action.

In August last year,  the CST lodged a new complaint against Miller, this time noting how the professor had claimed Jewish students who complain about antisemitism have been “schooled” to do so by “Zionist movement organisations”.

At one stage, the CST wrote to the university to protest that their inaction over Miller left them feeling as though “we were the problem, rather than your lecturer”.

The issue was compounded this year when Miller called for “an end” to Zionism, attacked the UJS over what he perceived as its links to “the Zionist movement” and suggested students were being used as “pawns” for Israel – sparking fresh complaints. It was at this moment that an investigation was finally announced.

Speaking to Jewish News, ex-Bristol student Sabrina Miller, who sat on the JSoc committee during her studies, confirmed there was a policy not to engage in activities around Israel while she was involved with the group. 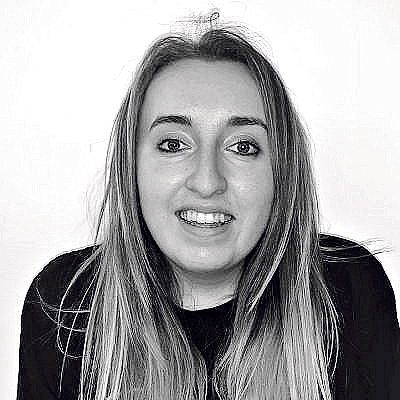 The former English student, now working as a journalist, became involved in a high-profile student online media campaign calling for the academic’s dismissal from Bristol. “Our JSoc very specifically did not do any Israel events,” Sabrina told Jewish News. “We wanted to remain as apolitical as possible.

“While I was on the committee, we did not bring in Israel speakers, we did not do Israel events. While we did obviously campaign against instances of antisemitism, it was mainly Friday night dinners, JSoc drink events, dressing up for Purim, stuff like that.”

Other former students – including those who stressed they would still recommend Bristol as a place to study for Jewish undergraduates – also hit out at Miller’s claims that Jewish students became “pawns” for Israel.

“Of course Israel is central to many British Jews lived experience – but that is not what Bristol JSoc is in existence for,” confirmed one current student at the university.

When the government tried to intervene on the matter on behalf of the Jewish students, former communities secretary Robert Jenrick said he had received a series of “fob off” letters from the university. As the scandal received greater attention in the corridors of power, the All Party Parliamentary Group on Antisemitism dispatched a letter signed by more than 100 MPs and peers demanding action. Robert Halfon MP, who chairs the Commons Education Committee, did not mince his words in condemning the university, condemnation he repeated this week.

Meanwhile, universities minister Michelle Donelan confirmed to Jewish News she met with representatives at Bristol in May this year. She said she was assured the university recognised its obligations to protect Jewish students. While her intervention was welcomed, one parliamentary source said she was hampered in her discussions by the government’s wider commitment to ensuring free speech on campuses, as part of new proposals introduced in the Commons.

Lord John Mann, the government’s independent adviser on antisemitism, was among those in touch with the university’s chiefs. 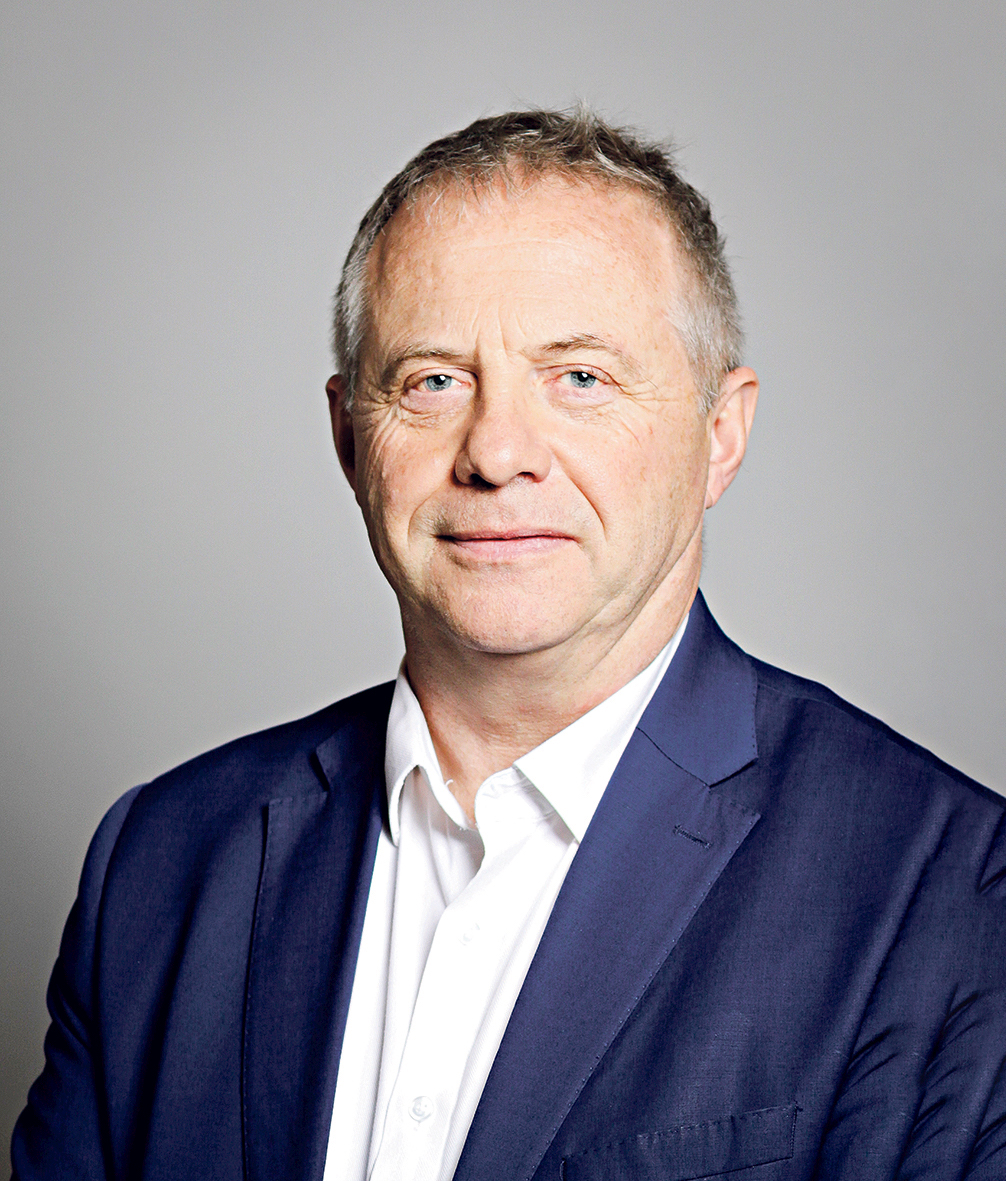 In a statement on 1 October, after an investigation lasting nearly 200 days, the university said: “We have a duty of care to all students and the wider university community, in addition to a need to apply our own codes of conduct consistently and with integrity.

“Balancing those important considerations, and after careful deliberation, a disciplinary hearing found Professor Miller did not meet the standards of behaviour we expect from our staff and the university has concluded that professor Miller’s employment should be terminated with immediate effect.”

Asked to comment on allegations made in this Jewish News report, a university spokesperson said they would not be making any further public comment at this time.

They also said Miller had a right of internal appeal and nothing in any statement should be taken to prejudge that prospective process.

Miller said he had been “cleared of all allegations of antisemitism” and that he was the victim of a campaign of harassment.

• Listen to the leaked tape at jewishnews.co.uk