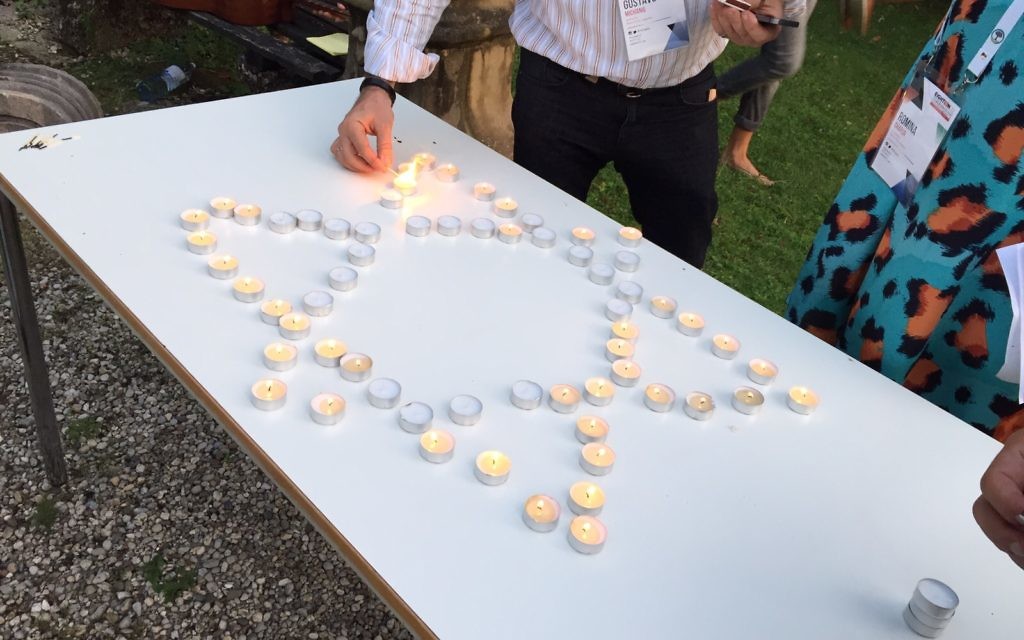 It’s finally here, the first day of the Eighteen:22 conference – the first international think tank for LGBT Jews and our allies – in Salzberg, Austria.

In 2000 I thought that I was ‘the only gay in the shteitl’; little did I know that 15 years later I would be fortunate enough to have a place at this revolutionary space that hopes to mould a future for LGBT Jews around the world.

Our location is both extraordinary and humbling; set in the vast grounds of Schloss Leopoldskron, 60 (generally) LGBT Jews and our allies met to map the current landscape of LGBT rights in the Jewish community across the globe.

With representatives from 22 counties spanning a rainbow of sexual preferences and gender identities, I’m still overwhelmed at the fact that so many dedicated activists have been brought together in one space.  Be they paid employees or volunteers, their knowledge, enthusiasm and dedication seemingly knows no bounds.

It is particularly worth noting the bravery of delegates from countries such as Russia, who really do risk so much to receive the simple equalities that we have come to enjoy each day in the UK.

Day one has been intense but very insightful.  Back to back sessions have been quite overwhelming but have helped to set the scene.

The think tank opened with some useful sessions which helped frame our journeys – particularly the opening workshop which endeavoured to give delegates the skills to help tell our stories, which on a personal level can sometimes become lost in the haze of admin that is required to keep Keshet UK ticking over.  It was in this session where I was acutely reminded that everyone has their own story – the catalyst that has sparked each individual journey.

I was particularly moved by one individual from New York, who read an extract from a letter she wrote her parents when coming out as a lesbian in a right-wing orthodox community.  Bringing a definite moistness to my eye, I was swiftly reminded just how tough some people have had it and just how much work there is to do to facilitate these conversations with our families and friends.

The final session today was a last minute addition to the programme – a memorial service for Shira Banki who tragically died after being stabbed at Jerusalem Pride last week.  In a stroke of serendipity, we were joined by the mother of Nir Katz who was also fatally injured at a Pride march in Tel Aviv in 2009 and who happened to be holidaying in Salzberg this week.

After lighting memorial candles and signing an array of sombre niggunim in unison, she took a few minutes to thank the volunteers for stepping up to make a difference.  Despite the clear pain and despair endured at losing a son, Ayala Katz’s dedication and belief in community dialogue is so touching – and gives me another reason to continue this conversation and amplify my voice.