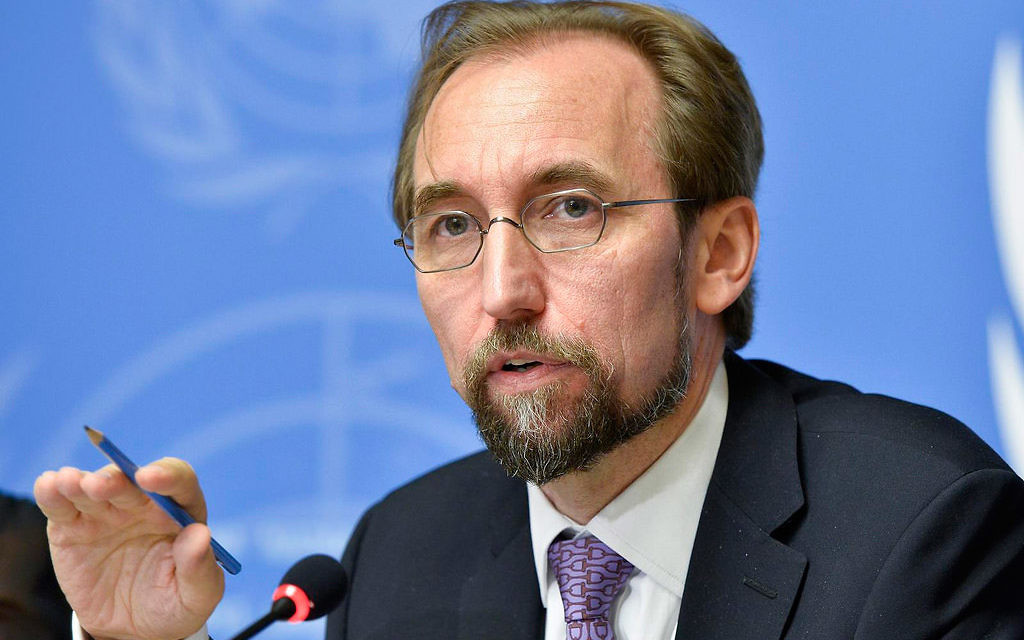 Europe faces a return journey down a “very unhappy road” if its politicians continue to use dehumanising rhetoric similar to that used to describe Jews in the years preceding the Holocaust, the UN’s most senior human rights official has warned.

He said: “It’s just a political issue that is being ramped up by those who can use the excuse of even the smallest community as a threat to the sort of national purity of the state… If we cannot forecast the future, at least we have the past as a guide that should wisen us, alert us to the dangers of using that rhetoric.”

The high commissioner added that the reluctance of nations such as Britain, the US and Australia to welcome European Jews – on the grounds that an influx of refugees would destabilise their societies and economies – had been a contributory factor in Hitler’s decision to pursue the Final Solution.

Zeid’s criticism follows controversy in July over the prime minister’s description of refugees in Calais as a “swarm”.

Foreign secretary Philip Hammond was also subject to a backlash after suggesting “marauding” African refugees could pose a threat to Europe’s “standard of living”, while home secretary Theresa May told last week’s Conservative Party conference that mass immigration made it “impossible to build a cohesive society” – and that she wanted to make refugee status more difficult to obtain.

In an interview with the Guardian, Zeid accused some European politicians of regressing into “xenophobia and in some cases outright racism”, and urged rulers to remember that refugees “are human being”.

The Jordanian prince, who has previously criticised The Sun newspaper over columnist Katie Hopkins’ description of refugees as “cockroaches”, said: “Closer examination of history and a closer examination of what happened in Europe in the early part of the 20th century should make people think very carefully about what it is they’re saying.

“These are human beings: even in the use of the word migrants, somehow it’s as if they don’t have rights. They all have rights just as we have rights.”

He added: “Why is there so much amnesia? Why don’t they properly distil from their experience that they’ve been down this road before and it’s a very unhappy road if you continue to follow it.”

The high commissioner welcomed the government’s decision to take in 20,000 Syrian refugees over the next five years – in lieu of joining a joint EU programme – but, citing his homeland as an example, suggested greater action was needed, and cited a recent UN suggestion that wealthy European countries should agree to take a joint total of  1 million by 2020.