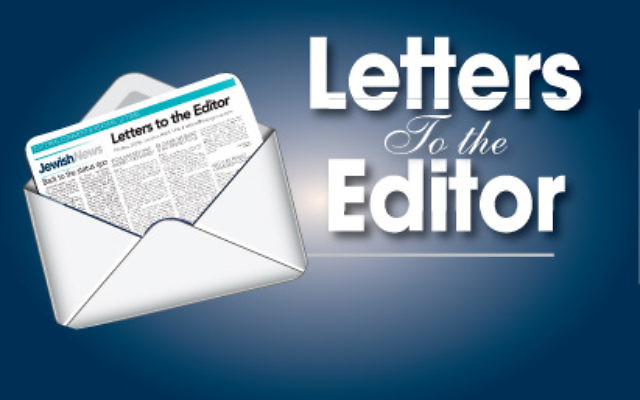 Running away means the bullies have won

There certainly is anti-Semitism in the Labour Party, but the last thing Jewish Labour MPs like Luciana Berger (pictured) should do is to ‘run away’ like frightened schoolchildren, as suggested by your columnist Brian Gordon (Jewish News, 15 December).

MPs are elected representatives and as such should be representing our interests and using their position to fight for issues that concern us. Instead of ‘quitting en masse’ Jewish MPs from all parties should band together and fight every instance of anti-Semitism. They should also ensure there is adequate newspaper, TV and online coverage so that the general public is also aware of what is happening.The only way to defeat anti-Semitism is to mount a concerted, strong and vociferous campaign against it. Running away simply means the bullies have won.

Please help us to find the families of these war dead

AJEX is seeking help from Jewish News readers to find the families of the men below, due to issues concerning incorrect war grave headstones.

Don’t just moan and groan – do something!

I wrote to the House of Lords standards committee about Baroness Jenny Tonge chairing an event on behalf of the Palestinian Return Centre in the House of Lords earlier this year, to launch the campaign calling for the United Kingdom to apologise for the Balfour Declaration. My complaint was subsequently looked at and it was decided there was indeed a case to answer. I am now awaiting decision on this matter. The point l would like to make to Jewish News readers is instead of going on Twitter or just jumping up and down in anger and frustration… do something!

Shechita stories do not involve the UK

Leona Wieder rightly says the shackle-and-hoist position for shechita in South America has been condemned by the Israeli Rabbinate. She is also correct to point out the wide range of shechita in the US, some quite disappointing. Limited in her article is insight into shechita in the UK.

Years ago, a UK government minister reported on ‘ritual slaughter’ in the UK, mentioning unsatisfactory practices. The late Dayan Berkovitz met the minister to see how the Beth Din could deal with problems.

All the poor practices turned out to involve halal, not kosher, slaughter. Berkovitz asked why the report made no distinction and was told singling out halal might appear anti-Muslim.

The point is shechita in the UK appears to be well regulated and the horror stories, while genuine, do not necessarily involve UK shechita. Perhaps we should read the section in Samson Raphael Hirsch’s A Philosophy of Jewish Law and Observance’ on respect for the feelings and instincts of animals.

This reminds us that Jewish law is lenient in rabbinical prohibitions on Shabbat and yom tov in the case of a suffering animal, the same as a non-seriously ill person.

The Torah also commands us to allow the animals to share the shabbos day of rest ( Exodus 20.10).

To use the words of letter writer Isaac Cohen, I too am “saddened, upset and angry” – but, in my case, it is at the continuing diatribes being published in defence of the odious Donald Trump.

Mr Cohen, and all the other apologists for Trump’s offensive rhetoric, seem to ignore the many recorded statements suggesting he not only racist but also someone who insults disabled people, belittles women, avoids taxes and even encourages violence. Deny he is racist until you are blue in the face but he has branded Mexicans rapists and Muslims terrorists.

Throughout his campaign Trump enjoyed the vocal support of the Ku Klux Klan (who I’m sure Mr Cohen knows hate Jews alongside many other minorities).

I must be dense, or have been resident on another planet, but can readers enlighten me about a burning question that’s perplexed me since the start of the disgraceful refugee crisis.

I am at a loss to understand why multitudes of refugees are making a beeline for Europe, facing so much suffering and untold rejection, when they should be heading for powerful oil-rich Arab states like Qatar, Saudi Arabia, Oman, UAE, Bahrain, Tunisia and others who have unlimited riches, land and resources that can be used to accommodate them?
Why wouldn’t these fabulously rich oil-producing countries not welcome and offer a home to these refugees in the first place, given the fact that they all share the same religion?

Wake up: meat is bad

I’ve been pleased to see articles in the Jewish News about eating meat and the terrible cruelty involved. This needs a lot more coverage to make people aware. Everyone’s health benefits from either reducing or cutting out meat and, ultimately, animals will get a better deal too. The meat industry would like us all to remain ignorant.

ω Clarification: Last week’s letter headlined ‘The EU rules that make the refugee problem worse’ was written by Anthony Kerstein, not Sidney Sands. We apologise to both for this error.