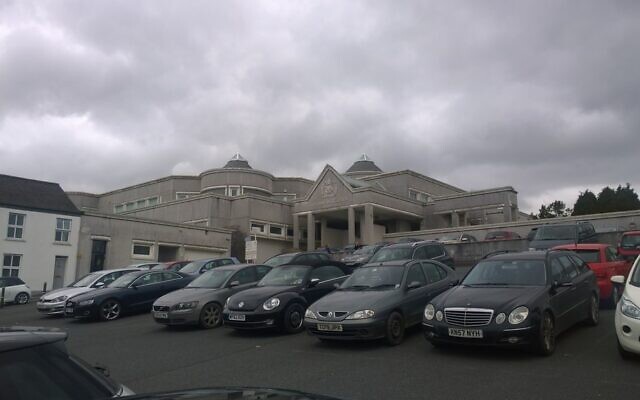 A radio host who compared Jewish people to rats and labelled the Holocaust a hoax in vile antisemitic radio shows was jailed for 32 months last week.

Graham Hart, 69, of Penponds, Camborne, was handed the jail sentence at Truro Crown Court on Friday. He had pleaded guilty to eight counts of inciting racial hatred at the same court in June.

Comments on the shows between 18 July 2016 and 24 December 2020, on which Hart was either a presenter or guest reportedly included questioning the Holocaust and labelling Hitler “the greatest man of the twentieth century.”

He was also reported to have said “Let’s get rid of the Jews. It’s time for them to go…I’ve had enough of these people now … the chaos that they cause” and “it’s always these same people that are behind everything. So, they’ve got to go.”

Hart’s counsel had argued that he had read things on the internet which he came to believe and got drawn in “deeper and deeper.”

But judge Robert Linford said Hart “set out to whip feelings of hatred to members of the Jewish faith.”

Alongside the prison sentence, the radio host was banned from broadcasting for ten years.

Campaign Against Antisemitism, which drew the police’s attention to Hart’s comments, praised officers DC Sean McDonnell and DI Daniel Massey from Devon and Cornwall police for their work.

“The offences he committed constitute some of the most extreme hatred towards Jews that we have ever encountered,” said the group’s Stephen Silverman.

“It is vital that the Jewish community is protected from this man, which this sentence achieves.”

Prosecutors said police discovered books and papers relating to the Holocaust at his property, which alongside posts claiming the Shoah was a hoax, gave him little choice but to plead guilty.

“Graham Hart used his position to influence people as a radio host to stir up racial hatred and incite violence against the Jewish race,” said Nick Price, Head of the Special Crime and Counter Terrorism Division in the Crown Prosecution Service.

“I am pleased that he has been brought to justice and we have put an end to his abusive and insulting broadcasts.”