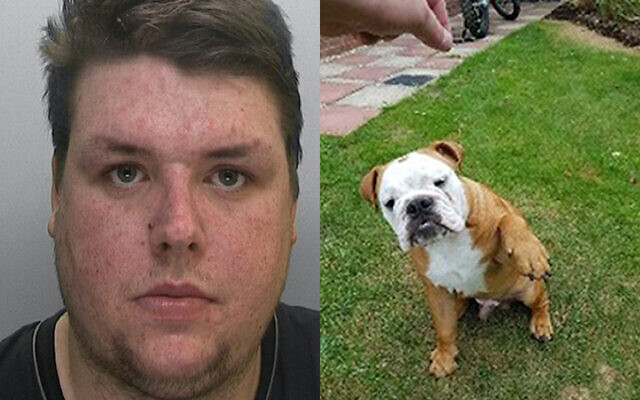 A white supremacist supporter who posted “abhorrent” racist material online, including a photo of his dog carrying out a Nazi salute, has been jailed for three years for hate crime offences.

Tobias Powell, of Bognor Regis, West Sussex, also created an avatar on the Fifa football video game using an offensive racial slur – with the word Nazi on the back of the player’s shirt, Portsmouth Crown Court heard.

Amy Packham, prosecuting, told the court that the photo posted by the defendant of his dog with its paw raised was accompanied with the words of the Nazi salute “sieg heil”.

The 33-year-old also posted photos of his tattoos which featured the Nazi iron cross and swastika as well as a Celtic cross.

She added that he also used the name Adolf Hitler for his Apple ID and shared Tweets by Donald Trump and far right figures such as Nick Griffin, Tommy Robinson and American white supremacist David Lane. 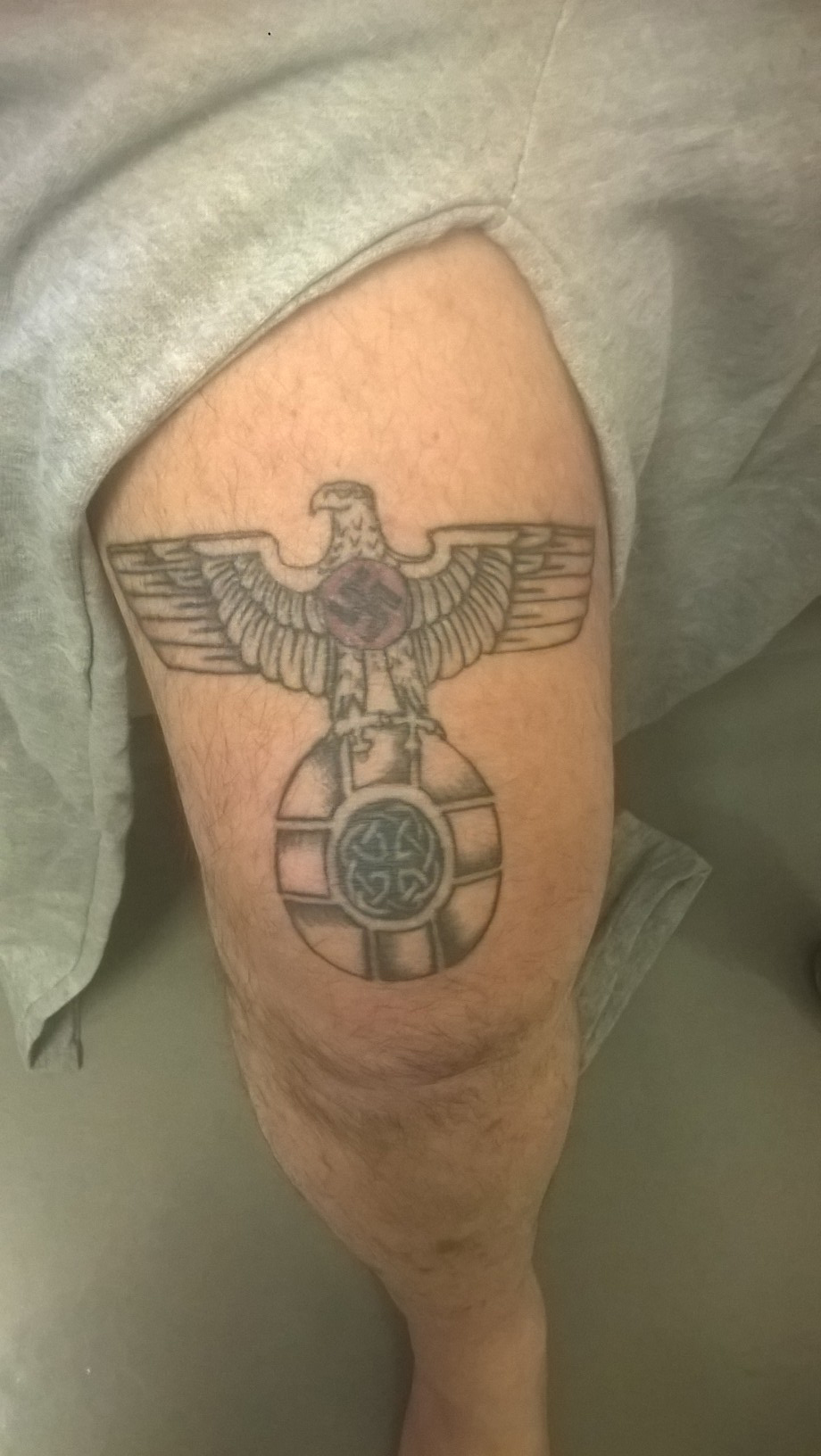 Photo issued by Counter Terrorism Policing South East of one of Tobias Powell’s tattoos. The white supremacist supporter has been jailed at Portsmouth Crown Court for three years for hate crime offences after posted “abhorrent” racist material online, including a photo of his dog carrying out a Nazi salute. Issue date: Friday May 14, 2021.

The prosecution was brought following an investigation by Counter Terrorism Policing South East (CTPSE) and Powell was found guilty of four counts of using threatening, abusive or insulting words intending to stir up racial hatred.

A CTPSE spokeswoman said: “Powell published a series of social media posts between July and October 2018, which showed support to right wing ideology and had racist connotations.

“In a series of tweets, he sent between 31 July 2018 and 8 October 2018, Powell called for a civil war to stop the ethnic suicide of white people; showed support for the terrorist organisation National Action; and shared a picture of his tattoo which contained the Nazi emblem.

“Detectives from CTPSE conducted a warrant at Powell’s home on 13 February 2019 and arrested him. During a search of the house a number of items were seized, including numerous literatures on white supremacy and a number of electronic devices.

“Upon further investigation of the devices, it was uncovered that Powell had set up his Apple ID name as Adolf Hitler, talked on Twitter about White Power, wrote an email to the then prime minister Theresa May calling her a snake in a message titled ‘Brexit Stich up’ and wrote a letter to MP Nick Gibbs about his continued concerns over Sharia Law.

“In a tweet on 6 July 2018 Powell mentioned MP Joanne Cox, who was murdered by a man holding right wing views, saying she was an ‘alleged open traitor and enemy of the people’.”

Sentencing Powell, Judge Tim Mousley QC said: “I am quite satisfied that you have demonstrated attitudes towards many different ethnic groups, religious groups, people of difference sexualities which are abhorrent to most people.

“I am also satisfied your views and how you expressed them is particularly worrying and deeply entrenched, they are far-reaching and they are obsessive.”

Pierce Power, defending, said Powell “is no Tommy Robinson” and added: “He is a petty criminal, he is a drug addict living at home, unemployed, with nothing to do with his time or his day.”