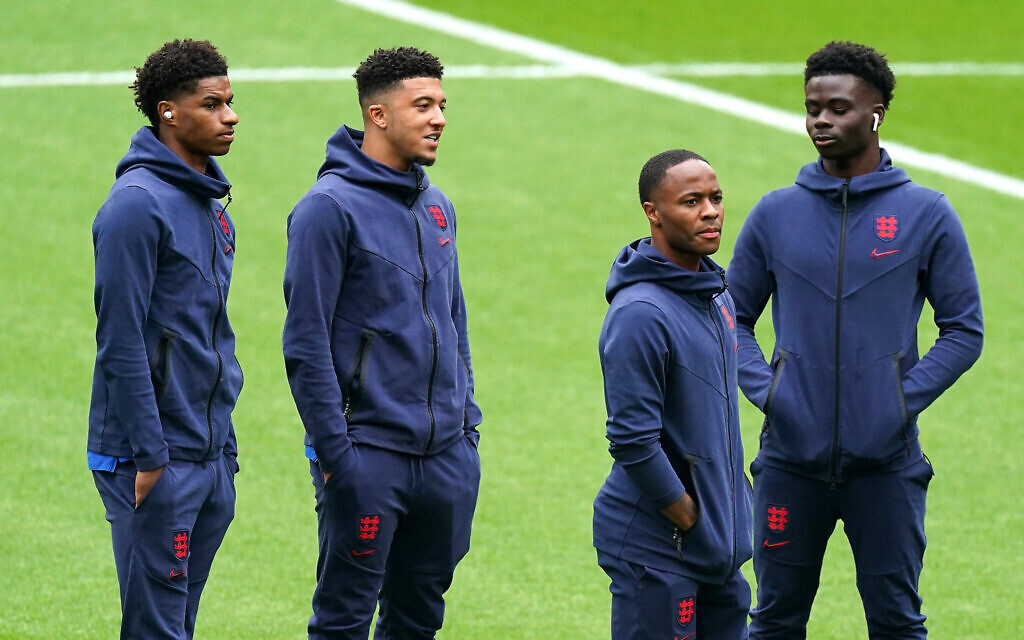 The above tweet, from researcher Ahmed Ali, and its succinct commentary on the experience of some of Britain’s footballing heroes after the Euro 2020 defeat, is a reflection worth dwelling on.

The idea of conditional acceptance, whether in academia, sports, politics or any other field, is a strong and present one for many who experience discrimination.

It is part of the experience of being a ‘model minority’, whereby people with a particular identity are lauded and celebrated in wider society,
as long as they prove their value.

Like many forms of racism, it’s not necessarily obvious, and sometimes it takes an incident such as the response to the Euro finals to help us understand this is the experience of many black people and those from other ethnic and religious backgrounds.

It’s something that has historically been a part of the Jewish experience, where Jews who excelled in their fields were made exceptions and admitted to spaces that generally excluded them.

Their ability to exist in those spaces was conditional on that success. We saw this with the way Bukayo Saka, Jadon Sancho, Raheem Sterling and Marcus Rashford were the best of the nation in the eyes of some one day, and abused and vilified online by the same individuals the next. This was not an experience shared by white members of the team.

Our Jewish tradition calls us to resist any notion that someone’s humanity is in any way conditional. A person’s value is absolute, regardless of any other intersection of their identity.

The oft-cited value of btzelem Elohim, being created all in the image of God, from the Genesis creation narrative, is complemented by midrash that teaches in response to the Genesis 2 story that all humans were created with a common ancestor so no person could ever claim that they were better than another.

We need each other’s help to do so, to reflect back to one another when we speak the language of racist structures, so we can ensure the notion of btzelem Elohim is upheld in deed as well as in word.