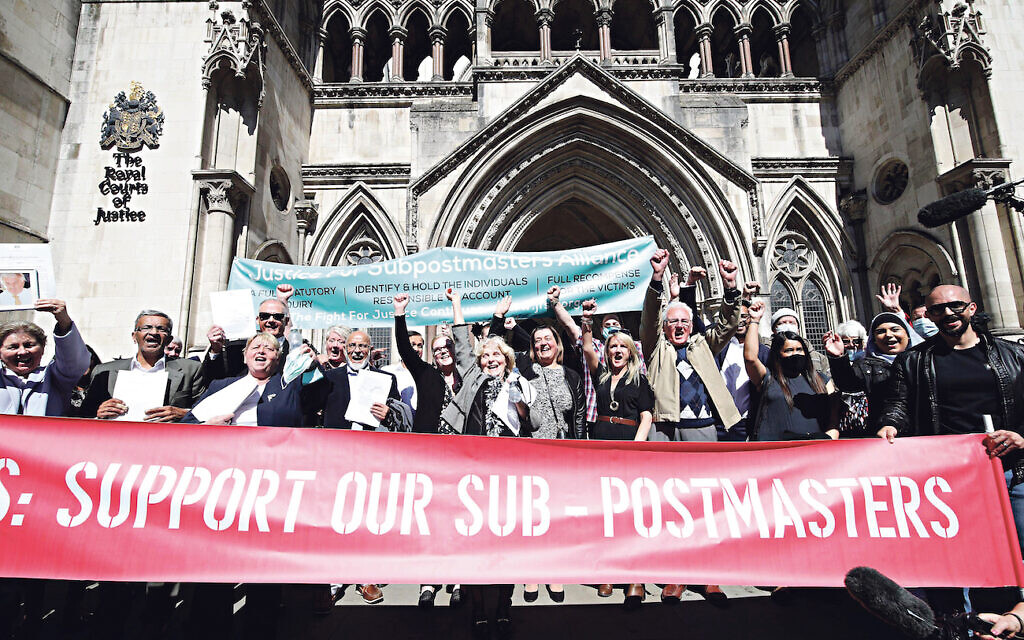 Last month, 39 subpostmasters were cleared by the Court of Appeal after having been prosecuted by the Post Office for fraud, theft and false accounting.

The Criminal Cases Review Commission, which investigates alleged miscarriages of justice, had referred the cases of 42 former postmasters to the appeal court last year following a landmark case at the High Court in 2019.

In 1999, the Post Office introduced Horizon, an accounting system developed by Fujitsu, to record transactions and stocktaking. But, almost immediately, subpostmasters and other staff complained about problems with shortfalls in their branches. Rather than looking into their concerns, between 2000 and 2014 the Post Office prosecuted 736 subpostmasters.

Some challenged the Horizon evidence but were convicted and jailed. As the evidence was presumed by the court to be reliable, others pleaded guilty (some were advised to do so to avoid prison). Having been threatened with dismissal, many used their own money or borrowed heavily to plug the shortfalls, which ran into thousands of pounds. Some went bankrupt. Marriages broke down. People suffered ill health; some died with their convictions extant. At least one subpostmaster killed himself.

It didn’t just destroy the individuals, it destroyed their families as well, so the human cost was absolutely massive.

Four of the 39 subpostmasters were represented by Paul Harris, a senior partner at London firm Edward Fail, Bradshaw & Waterson, who had worked on the case for just under a year. While Harris feels justice has been served, he says it will be completed when all are properly compensated for their losses and for the damage done to their lives, adding; “But at least their names have now been cleared.”

The case has been called the biggest miscarriage of justice in British legal history, an assessment with which Harris agrees. 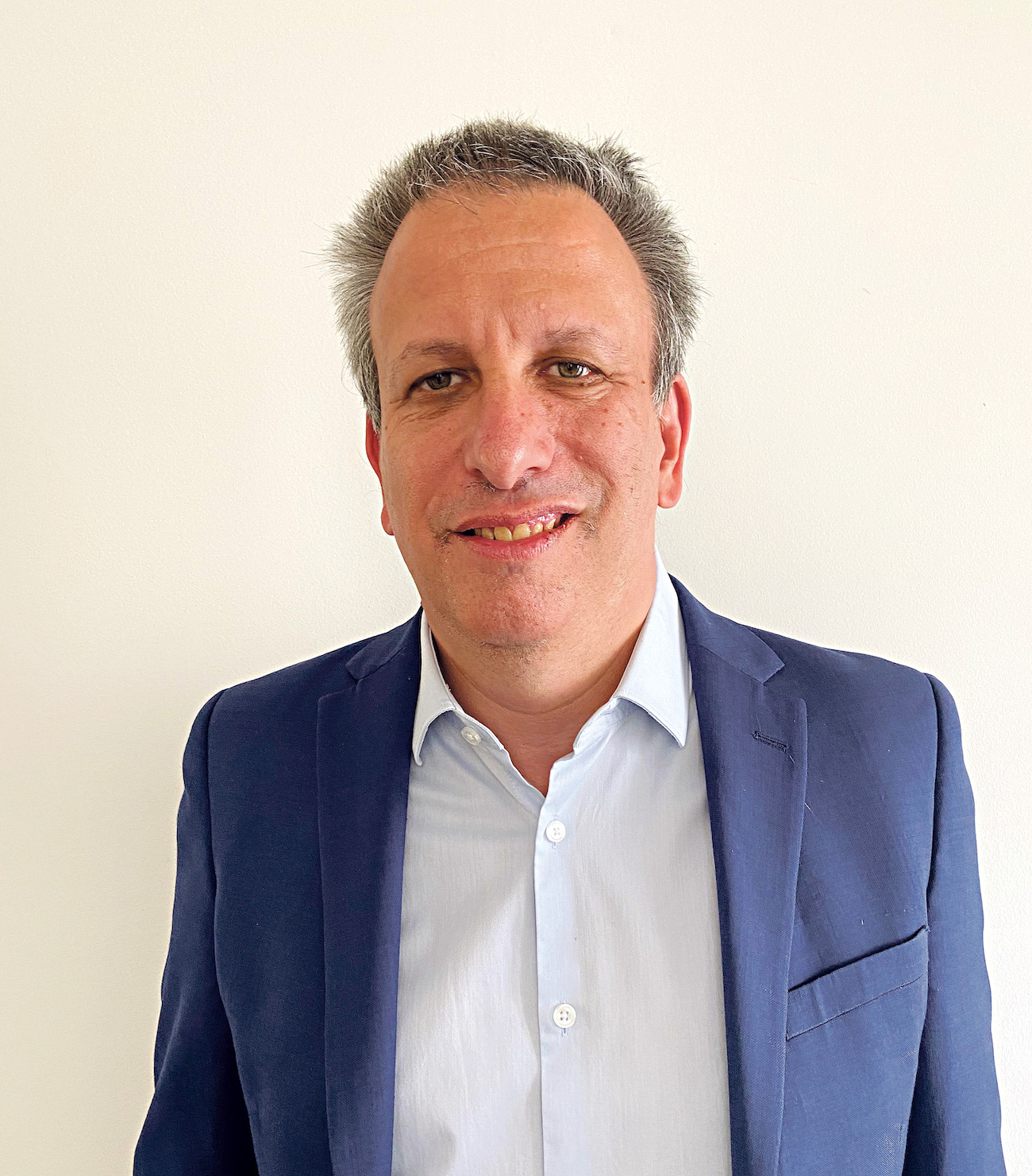 “As a criminal defence solicitor, I’ve represented people over the years who regularly get into trouble. But these are all decent, innocent, hardworking people whose lives have been ruined by the Post Office for its desire to protect its own reputation,” he says.

“The subpostmasters all worked at the centre of their community where everybody knew their name. Their reputations were entirely destroyed, and it was totally unnecessary.”

One of Harris’ clients wishes to remain anonymous, but he can speak about the other three: the toll on them, he says, was
“absolutely immense”.

Peter Holmes had been a retired police officer who, Harris says, “sadly didn’t live to see his name cleared”; the appeal was brought by his wife, Marion.

“He was a really good man and he had to deal with the embarrassment of the press referring to him as a ‘crooked cop’ or similar. It destroyed him,” explains Harris.

Rubbina Shaheen received a 12-month jail term; she lost her business, and she and her husband lost their home. “They ended up living in a van before a member of their religious community helped them out. And she has suffered huge health problems ever since.”

Scott Darlington, from Macclesfield, struggled to find a job, had “massive money worries” and depression and struggled to provide for
his child.

Harris explains: “It didn’t just destroy the individuals, it destroyed their families as well, so the human cost was absolutely massive.”

He says the Post Office pursued prosecutions for years, spending huge sums on legal fees, despite subpostmasters’ many calls to its helpline about the software, which he says the corporation “knew was flawed pretty much from the get-go”.

“The judgment was very damning by the Court of Appeal. It’s nothing short of evil what happened to these people. Their lives were taken away from them.”

He adds: “The more you read about it, the more you are absolutely shocked at the extent to which it went to conceal problems. This is a state-owned, government corporation, so you would not expect this level of dishonesty. It wanted to protect its reputation and save money.”

The strategy backfired. The Post Office has spent £32 million trying to deny fault in Horizon and paid out settlements of £58 million to 555 subpostmasters following the High Court battle.

After the verdict, Paula Vennells, an ordained priest and Post Office chief executive from 2012 to 2019, resigned from her church duties as well as from her non-executive roles at retailers Dunelm and Morrisons. Harris believes a public inquiry should now be held.

“There needs to be a proper public statutory inquiry that can look into who knew what and when… And there should be a criminal investigation running side by side.”

Harris, 53, who is married with three children, was until recently co-chair of New North London Synagogue. He has represented Girls Aloud star Cheryl Tweedy, former Pakistani cricket captain Salman Butt and is working on one of the Hillsborough cases. But he says he has not seen anything like this case in 30 years as a criminal defence lawywer.

“The judgment was very damning by the Court of Appeal. It’s nothing short of evil what happened to these people. Their lives were taken away from them.”

With the Post Office asking remaining workers to come forward if they want to challenge their convictions, it looks as if Harris will continue to make a difference.