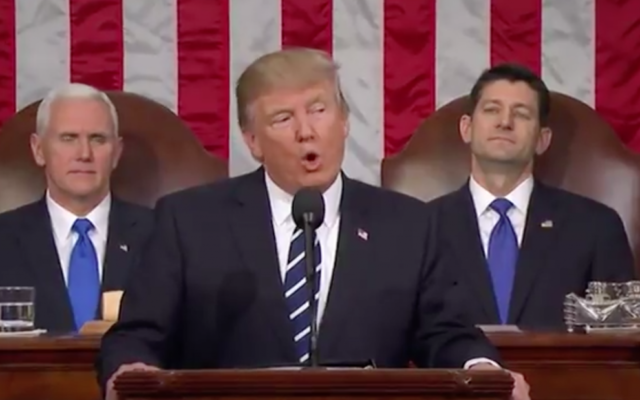 A majority of Israelis believe that President Donald Trump will not oppose settlement construction in the West Bank, a poll new found.

Some 55 percent of Jewish Israelis told the monthly Israel Democracy Institute and Tel Aviv University Peace Index they do not believe Trump will oppose settlement construction. Some 77 percent of Arab Israelis believe likewise.

In addition, 61 percent of Jewish Israelis and 87 percent of Arab Israelis said they do not think the Trump administration will force an unwanted peace solution on Israel.

The findings, released on Tuesday, come less than a month after Trump told Israeli Prime Minister Benjamin Netanyahu during the latter’s visit to Washington that he is not specifically attached to the two-state solution, but rather is happy to find a solution that is satisfactory to both sides.

Earlier in February, Trump said building new settlements or expanding existing ones “may not be helpful” in reaching a peace deal. At a press conference with Netanyahu in Washington, Trump told the prime minister he would like to see Israel “hold back on settlements for a little bit.”

Meanwhile, some 54 percent of all Israelis ranked Netanyahu’s performance as prime minister as either “not very good” or “not good at all.” But the work of Israeli Defence Minister Avigdor Lieberman of the Yisrael Beiteinu party, a member of the ruling government coalition, was viewed positively by 51 percent of Israelis. IDF Chief of Staff Gadi Eisenkot was viewed favourably by 64 percent of Israelis.

On the sentencing of Elor Azaria for shooting a downed Palestinian assailant in Hebron, 26 percent said they considered the 18-month jail sentence fitting, 33.5 percent felt it was too heavy and 15 percent thought it was too light. Some 18 percent thought that the trial should not have been held at all, while 68 percent of Jewish Israelis believe Azaria should be pardoned.

The Midgam Research Institute conducted the survey on Feb. 26 and Feb. 27 among 600 respondents, with a margin of error of 4.1 percent.