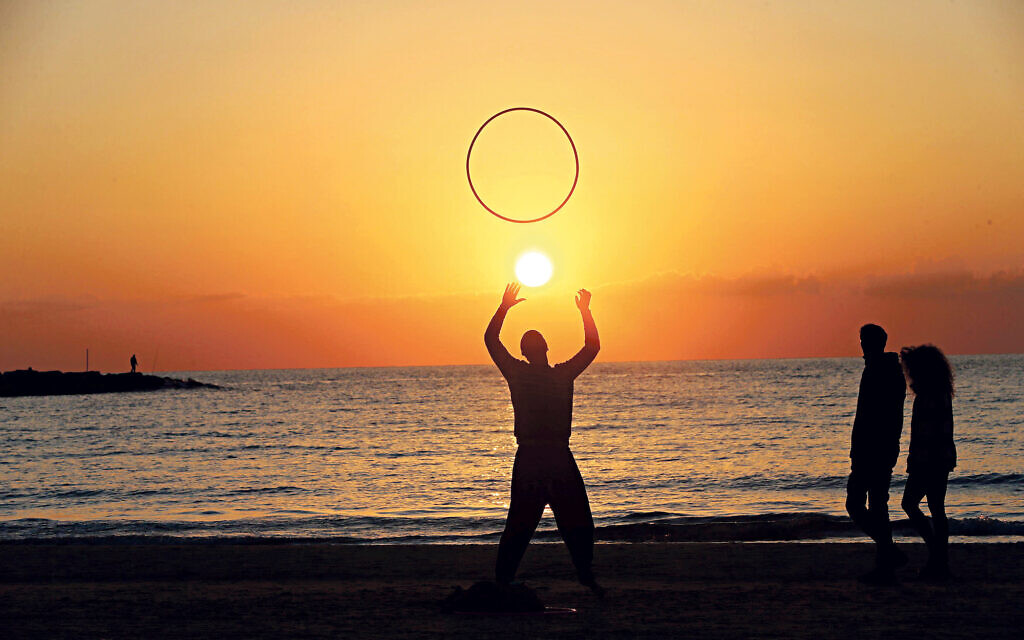 More British tourists would now consider visiting Israel than before the coronavirus pandemic – the only country to see an increase.

This is the finding of a Savanta ComRes poll of 2,144 UK adults for Jewish News and BICOM that also shows a high level of appreciation of Israel’s handling of the crisis.

In a list of 12 countries presented to a representative sample of respondents, 48 percent said Israel dealt ‘very well’ or ‘quite well’ with the virus, with only New Zealand (68 percent) and Australia (64 percent) ahead.

The poll suggests Israel’s world-leading vaccine rollout and the publicity around it has had a positive impact on how the country is viewed as a desired destination, ahead of Boris Johnson’s likely announcement this week that Israel is on a limited ‘green list’ for travel without quarantine. 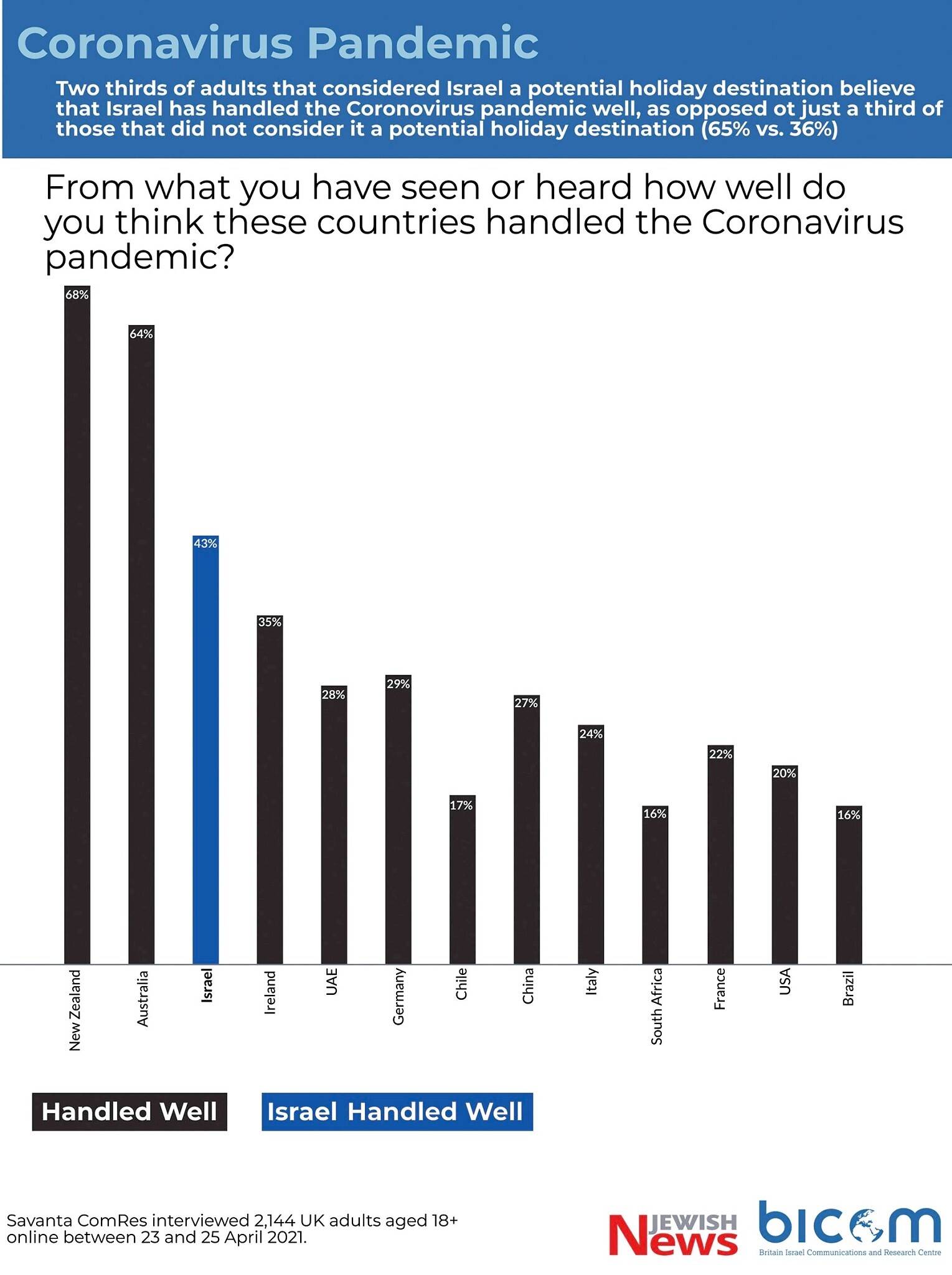 Israel is seen as handling the pandemic very well

While it continued to lag behind almost every country other than China, Brazil and Chile on the list for a potential holiday, 29 percent said they would now consider holidaying in Israel.

This was a rise of one percent rise – or 700,000 people – on those who said they’d consider the country before the pandemic.

Overall, 11 percent of adults who wouldn’t have previously considered Israel now do so, with Londoners (45 percent) most likely and Yorkshire and Humber, West Midlands and Scotland (20, 22 and 23 percent) least likely to.

Every other country on the list saw a fall in interest, with New Zealand and Australia seeing a drop of one and four percent in those who would consider visiting post-pandemic.

Germany, Republic of Ireland and Chile – which has also had a speedy vaccine rollout – also saw falls of four percent, hinting at a possible short-to-medium hangover affecting travel generally once restrictions are lifted. 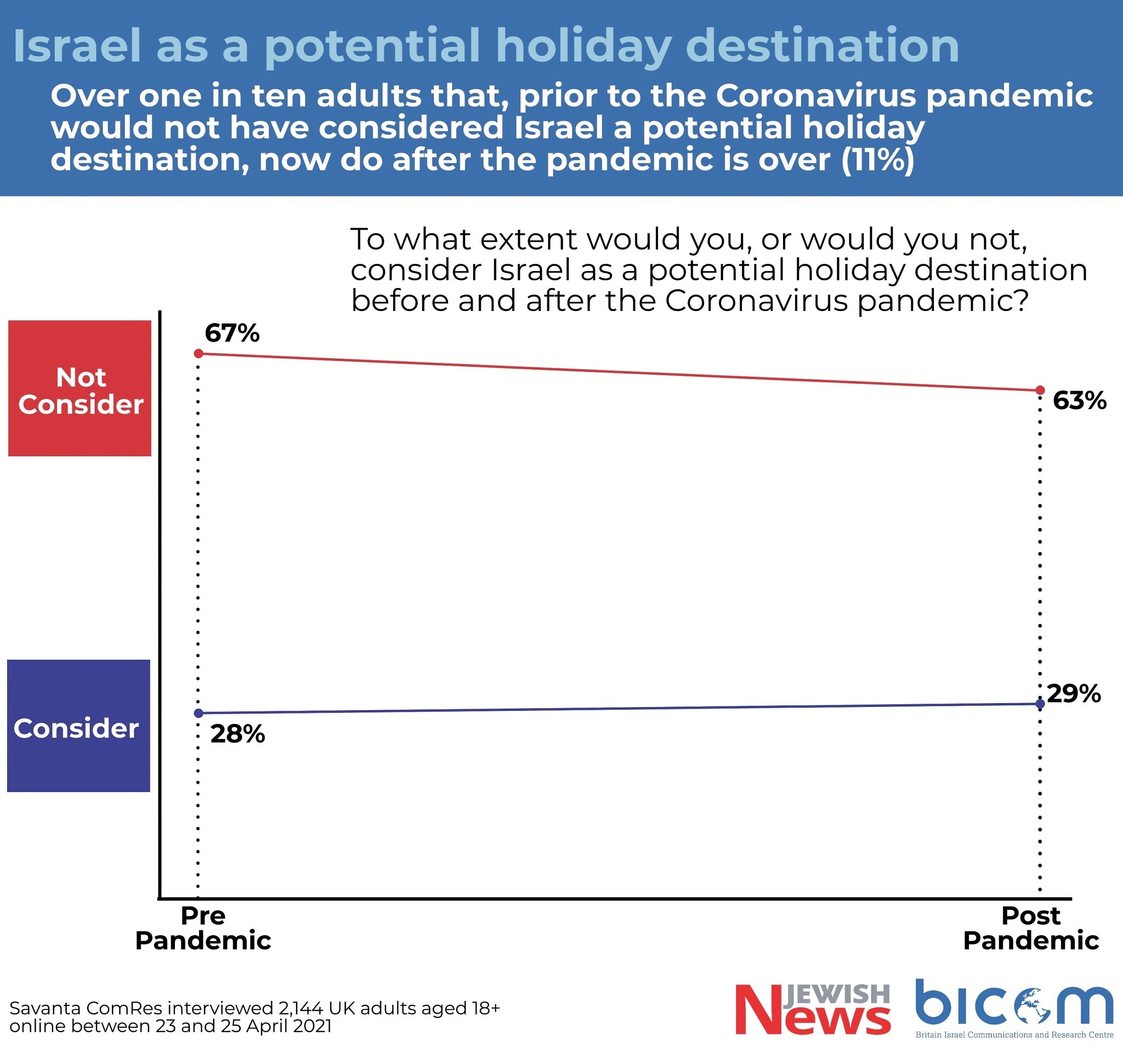 Israel is a potential holiday destination for many people now, that wouldn’t have considered it pre-pandemic

But the poll, conducted over two days late last month, will be troubling reading for tourism chiefs in Italy, France and the US, which fell by 12, 10 and 10 points respectively. Italy, however, was still the second most likely to be considered, marginally losing the top spot to New Zealand post-corona.

There was a considerable discrepancy between older and younger respondents.

ComRes said that young adults are “considerably less likely than their older peers to consider that Israel handled the pandemic well” – 34 percent among 18-to-34-year-olds compared to 54 percent among the over 55s. At the same time the younger demographic was far more likely to say they consider Israel a potential holiday destination before and after the crisis.

BICOM chief executive Richard Pater said: “It’s remarkable that given how focused people understandably are on the domestic UK Covid situation and its huge impact on their own lives, the story of Israel’s success in combating Covid has cut through… We hope many of them will visit and see what this incredible country has to offer.”