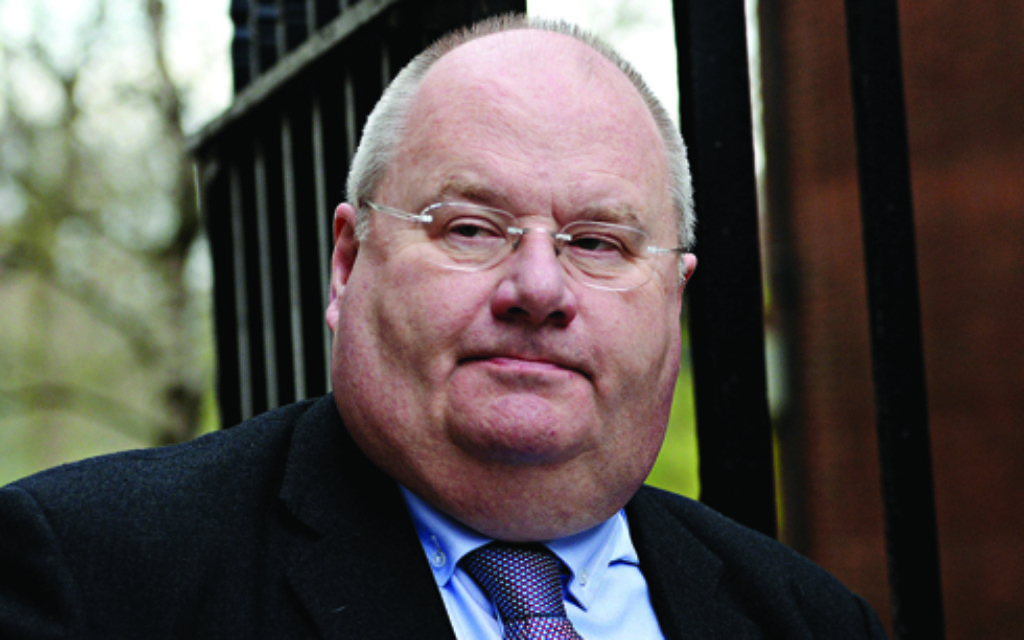 Eric Pickles has warned Southampton University against “allowing a one-sided diatribe” as the become the most senior politician yet to intervene in the growing row over a major conference into the legitimacy of Israel, writes Justin Cohen.

The Communities Secretary’s comments come as a senior Jewish leader called for the event, hosted by the institution’s law school, to be reconstructed or cancelled.

Details of the three-day event, which is being billed as “unique because it concerns the legitimacy in international law of the Jewish state of Israel”, were revealed by Jewish News last month.

But the chorus of opposition has grown over the line-up for the three-day event, which is being organised by Israeli-born Prof. Oren Ben-Dor, who has previously called Israel an “arrogant self-righteous Zionist entity”.

Among the speakers will be Princeton professor Richard Falk, former UN special rapporteur, who has in the past faced widespread condemnation over his comments on the Middle East, including his suggestion in 2013 that Israel had “genocidal” intentions” towards the Palestinians.

Pickles told the Jewish News: “Freedom of speech within the law is a long-standing British liberty, but all rights should be exercised with social responsibility, and freedom of speech should go hand in hand with recognising and supporting people’s right to freedom of religion.

“There is a careful line between legitimate academic debate on international law and the actions of governments, and the far-left’s bashing of Israel which often descends into naked anti-Semitism.

“Given the taxpayer-funded University has a legal duty to uphold freedom of speech, I would hope that they are taking steps to give a platform to all sides of the debate, rather than allowing a one-sided diatribe.”

Board of Deputies vice-president Jonathan Arkush will head a delegation to meet the university’s vice-chancellor Don Nutbeam next week.

“The Board’s central insistence will be that if this conference cannot be re-structured to revise its tendentious subject title and focus on delegitimising The State of Israel, and to feature a balanced line up of academic contributors, it cannot be treated as a serious and genuine academic study and should be cancelled,” he said.

“Thus far, all it is achieving is the inflicting of serious damage to the reputation of the University of Southampton as a British university of repute.”

Pro-Israel speakers including Professor Alan Johnson have been added to the conference’s schedule but research by the Fair Play Campaign Group classified 80 percent of the 56 speakers as “anti-Israel activists”.

A petition from the Zionist Federation for the event to be scrapped has already attracted more than 2,500 supporters. Ex-treasury minister Mark Hoban MP has written to university vice chancellor Prof. Don Nutbeam, describing the April event as a “hardline, one-sided forum questioning and delegitimising the existence of a democratic state”.