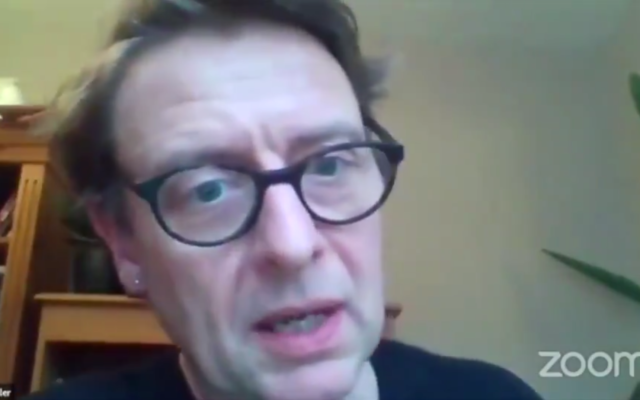 Bristol’s Professor David Miller is allegedly listed to teach classes at the university next year – despite being under investigation for his inflammatory ‘end Zionism’ comments.

The controversial academic has been condemned across the community and by Parliamentarians, after calling for an “end to Zionism” and labelling Bristol’s Jewish Society “pawns of Israel.”

More than 150 days ago, the university announced an investigation into the professor’s comments, with no verdict yet forthcoming – but now the academic appears to be teaching modules next year to students, says the Union of Jewish Students.

The organisation slammed what it called Bristol’s assumption “of innocence in a very serious case of antisemitic conduct.”

“This assumption sends the message that academics are free to harass and target Jewish students without any consequences or repercussions for their actions,” said UJS and Bristol’s JSoc in a joint letter to Prof Esther Dermot, the head of school in Policy Studies.

“This sets a dangerous precedent of taking it upon yourself to decide the outcome of an ongoing investigation.

“Your silence will only continue to pit you against your Jewish students and make them feel more isolated from their School and their peers.”

Miller is reportedly listed as teaching ‘Understanding Terrorism’ for third year students, and ‘Harms of the Powerful’ for second year students.

The latter of the modules has been criticised by Jewish communal figures for containing offensive material.

The letter asks what action the school is going to take to protect Jewish students. “Or will you continue to do nothing and leave them to pick up the pieces?” it asks.

Bristol refused to confirm whether Miller is teaching next year, and previously said it cannot discuss the status of the investigation into Miller.

“We also appreciate there is a great deal of public interest in this matter,” it said last week. “However, we cannot jeopardise the integrity and rigour of what is a confidential process by discussing it with the media or third parties.”

Today, alongside its previous statement, it added: “The letter sent to our School of Policy Studies will be responded to directly in due course.”