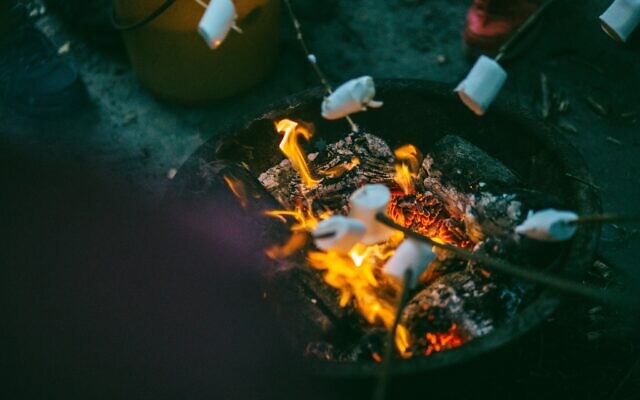 Parents were forced to take journeys of up to nine hours to fetch their children from summer camp early after a Covid outbreak at a site run by the United Synagogue.

Tribe, the US youth movement, held all its summer camps this year on the Isle of Wight – one of which was hit by a serious Covid outbreak this week.

It forced one mother who spoke to the Jewish News to take a nine-and-a-half hour journey and two ferries to fetch her daughter after a camper in her dorm tested positive.

She alleged that testing was not done properly and the outbreak was not localised.

Tribe’s head of operations, Tamara Jacobson, told Jewish News that all the correct procedures were followed and children were tested before going to the camp.

But one mother, who wishes to remain anonymous, said her daughter was discouraged from testing properly when a Covid case was discovered in her dorm on Tuesday.

“My daughter said when they did the test, the madrichim (leaders) said ‘don’t worry about doing the one in your throat and you don’t need to do both nostrils, just give it a quick wipe in one nostril and that’s fine,’” she said.

On Thursday, her daughter tested positive, plunging her family into isolation. “I feel bitterly disappointed that the camp did not follow protocol, the children were clearly not tested properly,” she said.

“The day before camp, we had to all go and test at Finchley United Synagogue. The people who were there didn’t watch the children test.

“We just had to go along and give them the lateral flow test. One woman came along and said, we’ve just done the test in the car, and the woman at the desk accepted it.”

Tribe did not confirm the number of coronavirus cases at the camp, which ended yesterday.

But the mother said: “Tribe advised us that it was very localised, it was just in her dorm, and yet when we were travelling home on the ferry, we saw a bunch of other children from other year groups coming home, and they weren’t due to come home that day either.”

The organisation said that correct testing regimes and guidance from Public Health England were followed.

“In line with government guidance for residential camps, the Tribe team isolated them, and anybody sleeping in the same bedroom as them,” it said.

“Parents were then asked to collect their children as we had advised would be the case.

“We appreciate this is not a journey parents want to make, but Tribe will always follow government guidance and best practice to keep our participants safe.”

Lateral flow tests were required 72 hours before the start of camp, another on the day of departure, in addition to twice-weekly testing, it said.

“Notwithstanding the positive cases and the challenges of running a summer camp during the pandemic, we are pleased to have been able to provide a meaningful summer for so many people,” said Ms Jacobson.

A spokesperson for Public Health England confirmed the agency had been in touch with Tribe to offer guidance and support to those affected.

“Those who have been identified as close contacts of cases are advised to get a PCR test and self-isolate for 10 days after contact with the case,” said the spokesperson.

Meanwhile, some have talked positively of their children’s experience at the summer camp.

One parent, Hayley Gershon, said: “My son Jamie had such a fun time on camp.

“This was his first time away and to be honest, we were a little worried how he’d be. He really did have the best time and loved the whole experience.”