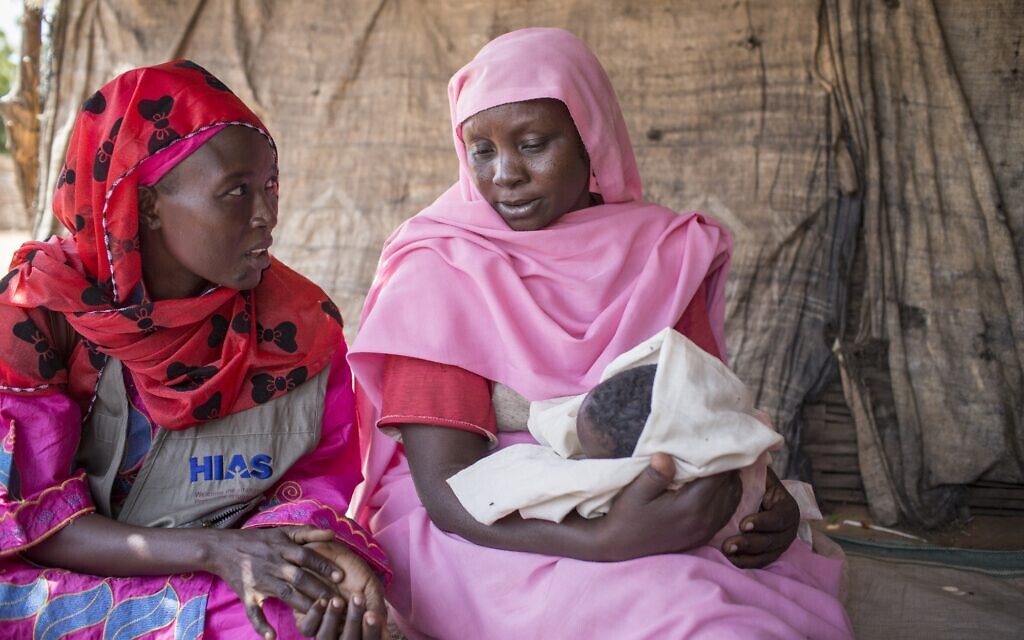 Chad/ Darfuri Refugees / A HIAS community mobilizer meets with Amneh Yakum Abbakah, 40, who learned to make baskets through HIAS activities and now runs her own shop with the income she generated from selling them. / November 6, 2013 / Photo by Glenna Gordon

Throughout history, Jews have been refugees, forced to flee their home countries to escape persecution. As we observe World Refugee Day on June 20, nearly all Jews around the world are fortunate to live in safety and enjoy their own state. It is our turn to give back and support the needy.

My organization HIAS, founded over a century ago in New York, supported over 4 million European Jews to escape persecution and operated in Austria and Greece for years, yet we are newcomers to Europe’s Jewish scene.  My own Brussels-based office was established only in 2019 and oversees humanitarian programming in 13 countries from Columbia to Ukraine, from Chad to Israel.

We’re also partnering with Europe’s Jewish communities, whom I invite to join in our work and express solidarity with refugees. This can be by supporting overseas humanitarian operations of a Jewish relief organization like HIAS, or through engagement with refugees in our own communities. Community sponsorship is one such option.

Community sponsorship enables us to welcome a refugee family into our local community and support them as they rebuild their lives. In the United States and Canada, and to a lesser extent also in the UK (through JCORE and affiliated congregations), numerous Jewish communities and congregations are involved in this way. Indeed, local Jewish social services throughout the U.S. partner with HIAS to help assist and integrate resettled refugees in their communities. In Europe, relatively few Jewish communities have been involved in such efforts. 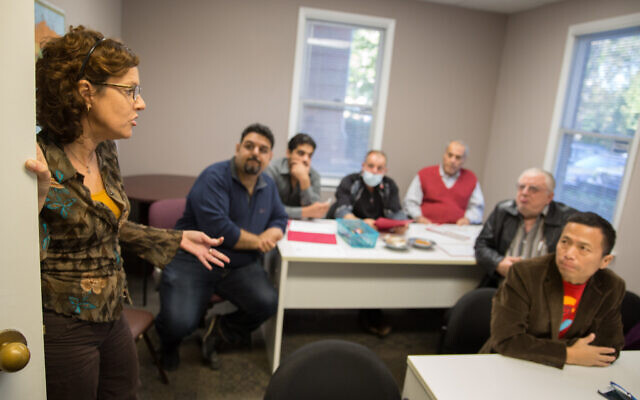 Charlotte, North Carolina A cultural orientation class for newly arrived refugees at CRRA’s office in Charlotte, NC. November 4, 2016.
The class is led by Gabriella, a former client who now works for CRRA. Saif, the Arabic translator, is also a former client.

In principle, anyone can get involved in community sponsorship – NGOs, synagogues, youth movements, student unions, professional associations or simply a group of friends or neighbours with a common interest. In practice, though, we often see local faith communities taking the lead in accompanying refugees from the day they set foot in their new homes and helping them flourish in schools, jobs, etc. Sponsors may introduce refugees to their friends, families and neighbours, have them join Shabbat dinners, outdoor trips, or volunteering in local associations. 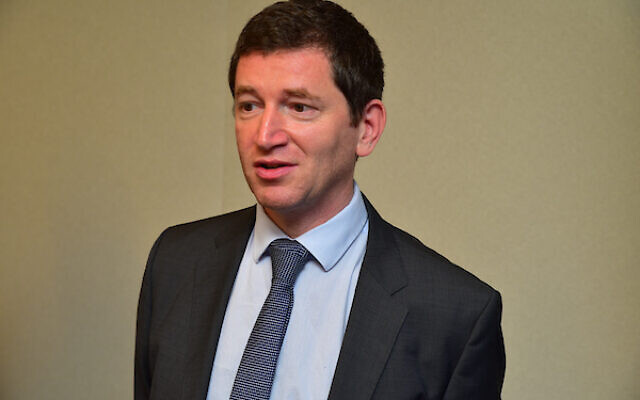 The need is pressing. In 2020, a record-breaking 80 million plus people were affected by forced displacement with only a tiny fraction being able to resettle. Europe and other countries in a position to help have shut most of their doors as a result of the pandemic, turning a simmering refugee crisis into a full-fledged humanitarian disaster.

The pandemic has posed particularly acute dangers to displaced persons.  More than 70 percent of those receiving aid from HIAS were no longer able to meet their basic needs for food, compared to 15 percent before the outbreak. In response, HIAS and others have expanded cash assistance. In many countries, such assistance proved a lifeline. In Ecuador, for example we have been partnering with local supermarkets to help asylum seekers buy food with credit.

Many of us are currently focused on the impact of the pandemic on members of our own community, and our resources are limited. Furthermore, some of us fear that refugees, especially those from Muslim-majority countries, arrive to our communities with anti-Semitic attitudes.

Showing Jewish empathy and facilitating refugees’ local integration, including through participation in community sponsorship programs, is surely the best strategy to overcome prejudice and mutual mistrust and promote integration. Successful integration into our societies depends on how we welcome refugees so that they can become productive, constructive citizens, and we can support them in this process. The examples of Jewish communities around the world already involved in such programming shows that we can make a real difference in the lives of refugees, also within our own communities.