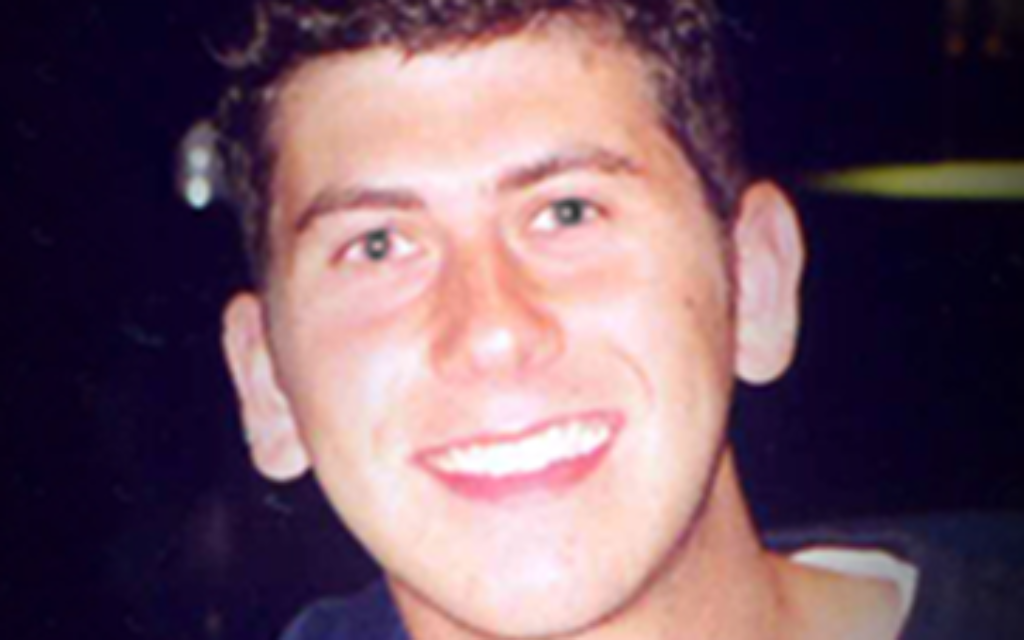 Moved by Andrew Gilbert’s poignant reminder that, tragically, there were inspiring people missing from this newspaper’s recent lists celebrating our community’s young leaders – and prompted by comments on my brother Daniel and I being the only siblings featured in Forty Under 40 – it feels important to acknowledge another passionate young leader who should have featured as part of a sibling pair. Yoni Jesner.

Yoni grew up in Glasgow in the 1990s. He had a special talent for connecting with people of all ages and making those he spent time with feel special. An exceedingly bright and capable student, Yoni was a hugely active volunteer, reinvigorating his local B’nei Akiva and running inter-youth movement events. Yoni was responsible for sending the Jewish youth delegation to the Scottish Parliament and in his teens was the youngest volunteer at Glasgow’s Jewish burial society.

Yoni was due to take up a place studying medicine at UCL. After tragically being murdered in a suicide attack on a Tel Aviv bus on 19 September 2002, aged 19, Yoni was able to save the lives of five people. His family donated his organs, knowing that as a doctor Yoni would have saved many lives. One of the recipients was a desperately ill eight-year-old Palestinian girl. Yoni, who always knew how to react in any situation, would have appreciated the powerful message sent by his family that even in death we celebrate and value life.

Yoni’s family and friends have also contributed to saving many more lives with the purchase and dedication of an ambulance in Israel in his honour. Yoni’s ambulance is often spotted darting around Israel doing the lifesaving work he was never able to undertake himself.

I had the privileged to work with Yoni’s family on the Yoni Jesner Award Scheme. Initially started by Elaine Robinson at Immanuel College, the scheme recognised a group of Yoni’s chanichim who had volunteered in his memory. Now in its eighth year, the words and deeds of Yoni have inspired more than 1,000 young people to dedicate more than 25,000 hours to local causes and charities. The scheme has been so successful that it’s common to hear Jewish pupils across the country talking about “doing Yoni Jesner”, with the name becoming a noun in its own right, you’ll hear pupils asking: “What are you doing for your Yoni Jesner?”

Yoni Jesner (Courtesy of Yoni Jesner Foundation – http://www.yonijesner.org/)
At UJS, we seek to build communities – unified not uniform – that offer homes away from home to thousands of students. It is often joked that the essence of Jewish community is about family, food, and – too often – fighting. Reflecting on my experiences and the small window I was offered into Yoni’s life and family, I think there’s another side to this amusing observation, underpinned by the diverse and dynamic list of younger members of our community demonstrating inspiring leadership – whether those volunteering in honour of Yoni’s shining example, or those featured in Twenty-Five Under 25 or Forty Under 40 – where Yoni would certainly have featured very highly.

Whatever their make-up, our Jewish families offer a blueprint for how the community can continue to nurture hundreds more passionate and dedicated young leaders. The stereotypical fussing and overbearing love given to children, and the unwavering belief in their children’s talents and abilities, can be the basis for renewed investment and trust in young people, youth organisations and students to shape the future of our community – on their terms.

One of Yoni’s enduring contributions was his list of 66 aphorisms – thoughts and observations on life, found after his tragic killing. My favourite captures the essence of how the simple everyday interactions about our interactions with young people has the power to help shape our future through them.

If our community can continue to consider our actions, share knowledge, and invest time, energy and support in the thousands of young people inspired by Yoni Jesner, then no list will be long enough to celebrate the impressive, important and inspiring contributions of our next generation of community leaders.

• David Brown is executive director of the UJS and formerly coordinated the Yoni Jesner Award Scheme when at UJIA.  The scheme is now run in partnership with JLGB and JVN. For more information, visit www.yonijesner.org