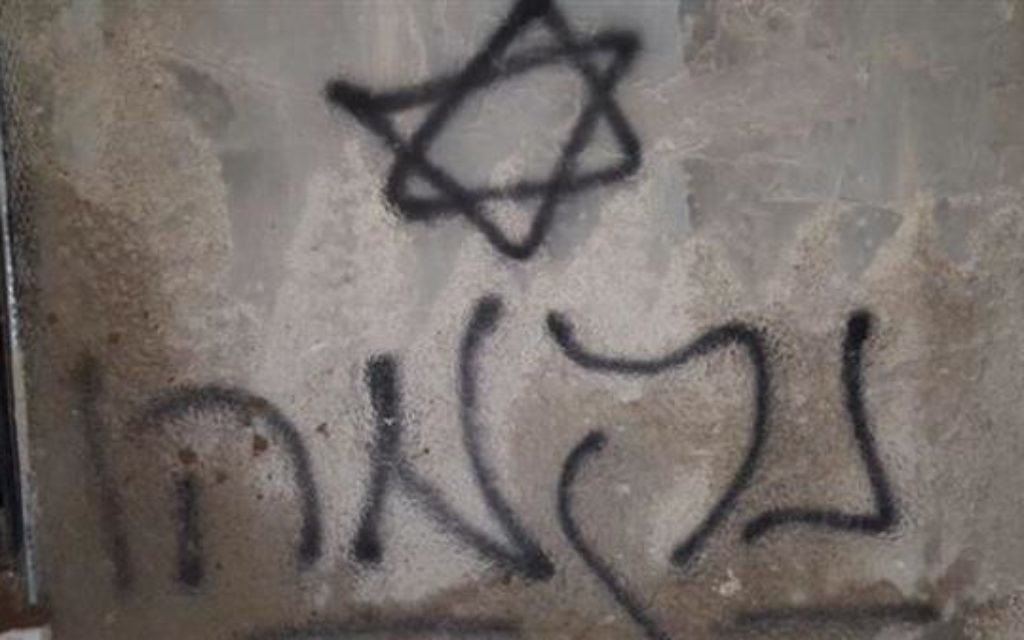 It is important to remind ourselves that Israel is a country committed to the rule of law. As we in the UK know only too well, no society can escape the scourge of extremists and Israelis have known this only too well. The true mark of a country is how it deals with the challenge of extremism within its own society.

The heinous murder of 18-month-old Palestinian Ali Saad Dawabsha by Jewish extremists is profoundly shocking. Let’s be clear, this was an act of terror.

This was a shameful moment for Israel. This was an attack on the very values to which Israel cherishes.

I was in Israel last week at the time of the attack. Condemnation of the heinous crime was immediate and unanimous from across Israel’s political spectrum. Yesh Atid party leader Yair Lapid was unequivocal: “We’re at war. He who burns a Palestinian baby declares war on the state of Israel”. Thousands of Israelis took to public squares around the country in protest. But condemnation, vital though it is, is not enough.

Eric Pickles [sitting on the left] with Israel’s president Reuven Rivlin, sitting on the right
Regrettably, it was not an isolated incident. Last Thursday, an extremist stabbed six Israelis at the Jerusalem Pride Parade. In June, two young Jewish extremists set fire to the Church of the Multiplication of the Loaves and Fishes, one of Christianity’s holiest places on the shore of the Sea of Galilee. And there was the appalling burning to death of 16-year-old East Jerusalemite Muhammed Abu Khdeir last summer by extremist Jewish settlers.

‘Price tag’ attacks by the so-called ‘hilltop youth’ have increased in recent years. The failure of Israeli authorities to tackle them effectively has served to embolden these extremists. It has led us to where we are today. Israel’s authorities are now playing catch-up.

The events of last week necessitate national soul-searching and introspection; however I am confident that justice will run its course. Israel’s authorities have vowed to find the perpetrators of last week’s attack. The terrorists behind the attacks on the Church of the Multiplication and Muhammed Abu Khdeir have been indicted and legal proceedings are underway. These are the actions of a responsible and fully functioning democratic state, but it could do even more to tackle the sources of these problems. Israel’s government must redouble efforts to root out these extremists.

Israel’s government and security authorities must immediately and robustly crack down on these individuals to prevent further crimes. Furthermore, religious leaders must be obligated and empowered to tackle this ideology head-on — and those that continue to incite should be pursued with equal vigour.

President Rivlin, whom I met during my recent visit, spoke for Israel when he observed: “Perhaps we have not internalised that we are faced with a determined and dangerous, ideological group, which aims to destroy the fragile bridges which we work so tirelessly to build”.

The state of Israel and global Jewry are finally waking up to an enemy within and they will not be indifferent.

Violence committed in the name of religion is reprehensible. It is a perversion of the worst kind. No matter what your beliefs, there can simply be no excuse for violence. Dehumanisation and violence against other races, religions and creeds can lead societies down the darkest of all paths.

Crucially, these individuals are not representative of the Jewish state and Jewish community that I support and hold in such regard. These radical criminals are on the very fringes of both Israeli and Jewish society. Israel’s law abiding and peace-loving citizens will prevail in this new struggle.

I saw the very best of Israel’s Jewish citizens last week. From the extraordinary scientists working to bring their life-giving technologies to water-poor countries across the world, to the volunteers at Save A Child’s Heart providing life-saving heart surgery to Palestinian children from Gaza and the West Bank. I was particularly struck by a lady we met at the Netiv Ha’Asara moshav on the Gaza border, who spoke of her ongoing discourse with friends across the border in Gaza, shortly before showing us the entrance to a Hamas cross-border terror tunnel.

The surgeon, the scientists and the caring moshav farmer are more indicative of modern Israel than the knife-wielding thug or the cowardly arsonist.