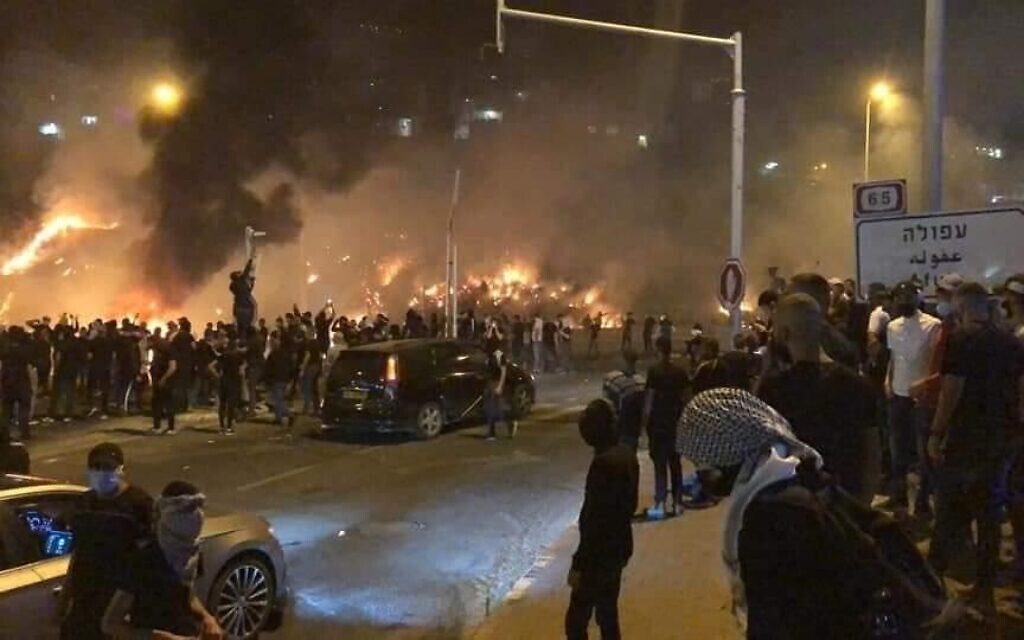 It is hard to overstate the depth of the crisis that we are experiencing in Jewish-Arab relations in Israel. With the ninth round of war on the southern border with Gaza, and innocent lives being claimed on both sides, it is vital to focus on the new and most worrying dimension of the current wave of conflict: civilian conflicts on the streets of Israel.

Unlike previous rounds of conflict when we have seen demonstrations of Arab citizens of Israel and clashes with the Israeli police, this time there are clashes between communities, taking place at the local level between young Arabs and young Jews. In recent days we have witnessed events that have pushed our society to the brink of civil war, and threaten a Balkanization of Israeli society.

At least in part, these serious events are the result of a deliberate escalation whose motives are political and aimed at thwarting political partnership between Arabs and Jews in forming a government in Israel. The other root cause of this escalation is the attempt by the Hamas to win political support among Palestinians by engaging in conflict with Israel, including rocketing civilians. We have all become victims of Operation “Political Rescue” and the price will be paid, by both Jews and Arabs, for many years to come.

For about a month now, we have been witnessing a planned escalation: deliberately defiant operations in East Jerusalem, including the threatened evacuation of Palestinian residents in the East Jerusalem neighborhood of Sheikh Jarrah and the planned introduction of settlers in their place; a major increase of violent activities of ultra-nationalist Jewish groups; severe and arbitrary restrictions on the freedom of worship of the Arab citizens of Israel include restricting their access to the Al-Aqsa Mosque, and abusive policing practices that include collective punishment and indiscriminate use of the “skunk” riot weapon. 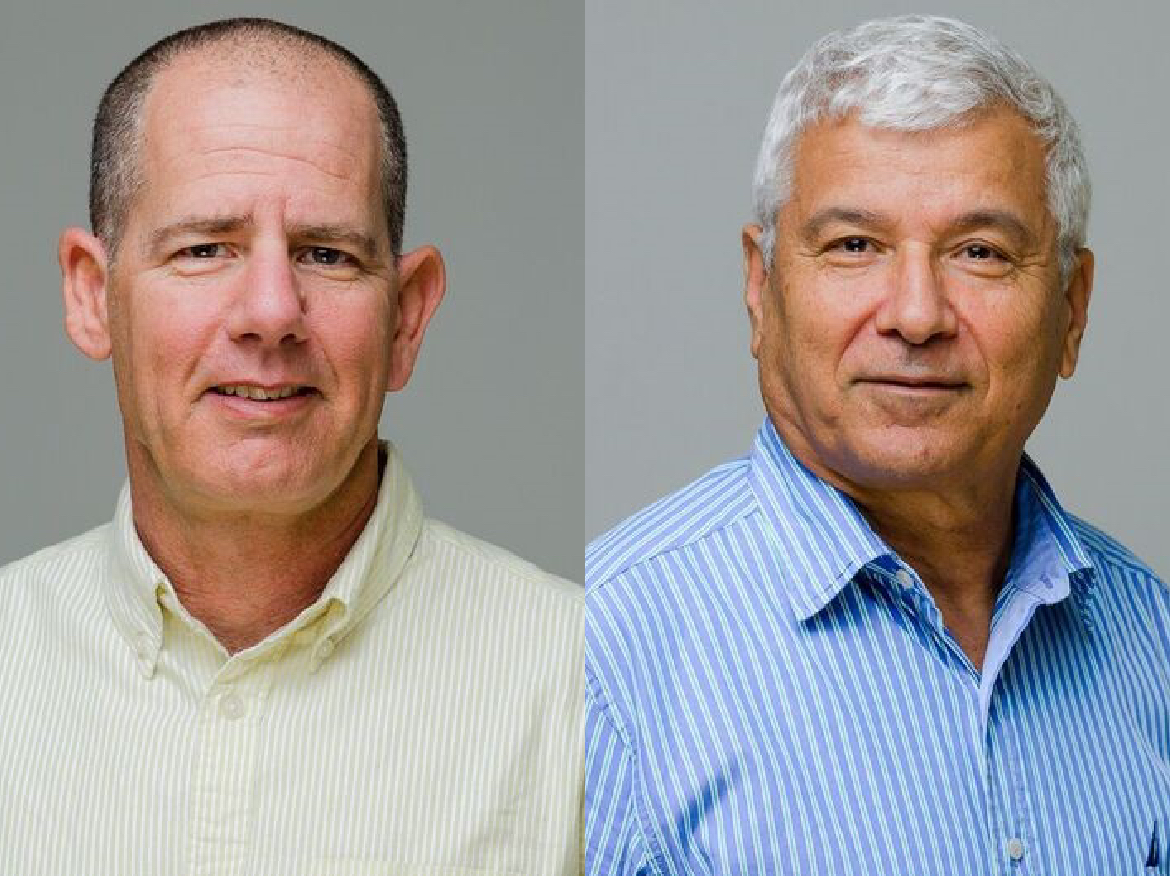 The younger generation of Arab society, a generation that is more Israeli in the individual sense, and more Palestinian in the collective sense, is a generation that feels humiliated in the face of the violation of its religious and national values. This generation, which has a legitimate right to act and demonstrate within the framework of the law, operates outside the parties and also challenges the existing leadership and its discourse. The younger generation, which emphasizes national issues and brings Jerusalem to its forefront, is not always attentive to the Arab leadership, which in the last election campaign, like the other parties in Israel, did not address the issue of occupation and the Israeli-Palestinian conflict. And now he is taking to the streets to demonstrate, spontaneously and disorganized. Among these disenfranchised youth, is another element of Arab society, rooted in the existing crime and violence which has spiraled out of control in Arab society over the last decade. Illegal weapon ownership, crime organizations and street violence have become a plague within Arab society. The country is now suffering a further consequence of the lack of policy and government investment in addressing this social crisis.

The conflicts we see today on the ground are mainly concentrated in Israel’s mixed cities, where Jews and Arabs live in close proximity and there is a heightened potential for conflict. A straight line connects the Sheikh Jarrah neighborhood in East Jerusalem to the Arab neighborhoods in the mixed cities. The communes of religious Zionist Jews that have been established in these neighborhoods in recent years, in part with the aim of Judaizing the cities, increase tensions, which can lead to violence and even killing or murder. This fear materialized last week, in an incident in Lod, during which a young Arab man Musa Hassona was killed. He was allegedly shot by a Jewish shooter, a member of the religious commune. The tensions boiled over and the violence which followed saw arson of public buildings, attempted lynching, and random attacks on Jews and Arabs. The Minister of Internal Security, Amir Ohana MK (Likud), decided to throw more oil onto this fire, and called for the release of the suspect in the shooting, because in his opinion – civilians carrying weapons, if they are Jews, of course, “act as a multiplier of the power in the hands of the authorities”.

The truth is that we Jews and Arabs are destined to live together in Israel, and we must stop the violence and confrontations in order to rebuild our common life here. We live in the same neighborhoods, work together, study together, and use the same public space.  This country is shared by its Jewish and Arab populations, and a process of Balkanization of the region must not take place here, it will destroy the possibility of living together in peace and in harmony.

To this end, our organization, the Abraham Initiatives, a long running Jewish-Arab civil society organization, has stepped into the chaos to pull our society back from the brink. In recent days our staff has been working around the clock to lower tensions and rebuild relations. We created a joint statement signed by a dozen Jewish and Arab elected officials from mixed cities, calling for calm; we have provided help to universities, schools and mixed workplaces navigate the crisis they are facing; and we have launched a national campaign to remind our communities that only together can we overcome the threat to our shared society, for the future of our land is a shared one, and it is our choice if that will descend into violence and fear, or if we can regain a sense of togetherness and build a better future for our children.

Amnon Be’eri-Sulitzeanu & Dr. Thabet Abu Rass are the Jewish and Arab co-CEOs of the Abraham Initiatives. Together, they lead the organization in its work to build shared society and equality between the Jewish and Arab citizen of Israel. With expertise in policy change through modelling solutions on the ground, the Abraham Initiatives operates dozens of projects across Israel, bringing thousands of Jews and Arabs together, and successful advocating for national policies.