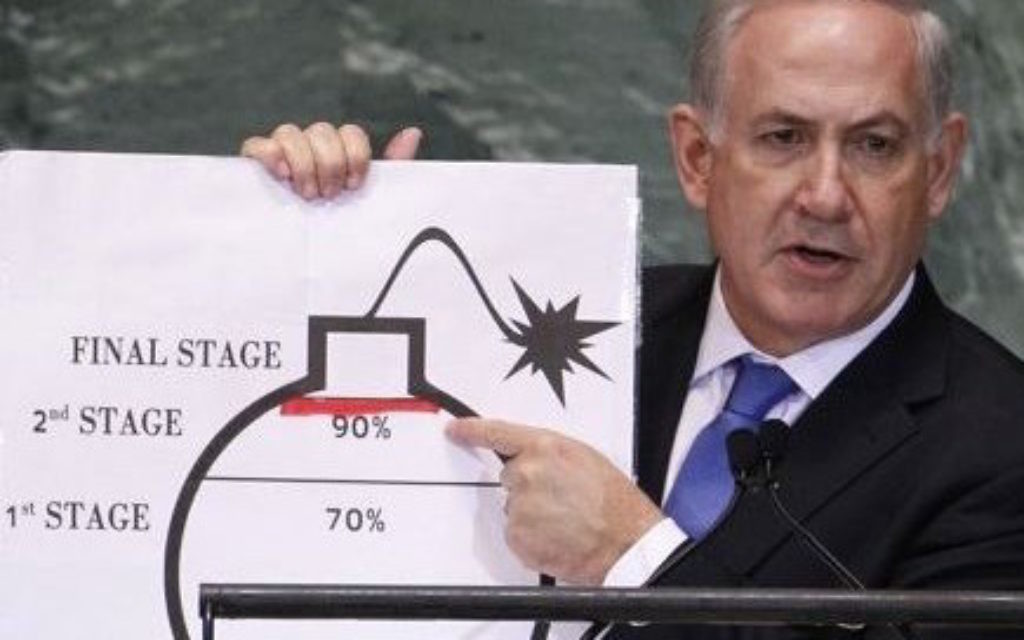 Last week in the House of Commons, Philip Hammond delivered a withering rebuke to  Benjamin Netanyahu. Responding to a torrent of criticism from Israel’s Prime Minister about the Iran nuclear accord, the Foreign Secretary told MPs: “Israel doesn’t want any deal with Iran”. What Israelis wanted, he insisted, was a “permanent state of stand-off” which was not “in the interests of the region”.

As egregious misrepresentations go, this is hard to beat. Netanyahu has not sought a permanent stand-off between Iran and the West, nor has he refused to countenance any deal to resolve the nuclear issue. What he has refused to countenance is a bad deal that makes future conflict more likely. Bibi’s vociferous opposition is supported by a majority of Israelis and his criticisms are shared by leaders from across the political spectrum. Hence the recent comment by Labour’s Isaac Herzog that this deal would “unleash a lion from the cage”.

Nor is it just Israeli opposition that Hammond should be concerned about. Shortly after the deal was announced, former Saudi ambassador to the US, Prince Bandar bin Sultan, wrote that the deal would “wreak havoc in the Middle East”. His feelings will have reverberated across the Sunni world. The criticisms that upset Hammond, and Obama for that matter, are hardly the product of a paranoid imagination. They reflect a deep exasperation with how the P5+1 have behaved in these talks. These nations have reneged on their key demands, made endless concessions and have effectively given Tehran the upper hand at every stage. As such, the Vienna agreement is a weak willed capitulation to terror, which will empower Iran for decades.

Under the terms of the agreement, Iran keeps all its nuclear sites intact. It retains the right to enrich uranium, albeit to a low level of 3.67 percent and using only its older centrifuges. True, Arak and Fordow must be redesigned for civilian purposes and Iran must drastically reduce its stockpile of enriched uranium.

But it can carry out limited research and development using its more advanced centrifuges, something that will eventually reduce breakout time for a bomb. Even worse is the inspection regime. Inspections were supposed to be on an ‘anytime, anywhere’ basis. Instead, Iran can challenge inspection requests of suspicious activities, receiving up to 24 days notice before inspectors arrive. To call it risible is an understatement

Moreover, Iran gets to enjoy the benefit of sanctions relief after making these concessions. The massive cash windfall (an estimated $150 billion) will help boost the coffers of murderous tyrants such as Assad, and terror proxies like Hezbollah and Hamas. Indeed, soon after the deal, Ayatollah Ali Khamenei vowed to continue supporting those he called “sincere resistance fighters in Lebanon and Palestine”.

We are assured that sanctions will ‘snap back’ in the event of Iranian non-compliance. Yet even if they do, and it is a convoluted process, this will not affect deals already signed by Iran, provided that those deals do not violate the Vienna agreement. All Iran must do therefore is build up a plethora of contracts to reduce the effect of any snap back provisions.

In any case, the deal is time limited, effectively delaying rather than stopping the Iranian bomb. After a decade, the restrictions start to be removed and Iran has more freedom to pursue its quest for a nuclear weapon. As even US President Barack Obama admits, with Iran using more advanced centrifuges: “The breakout times would have shrunk almost down to zero.”

After eight years, Iran can purchase ballistic missile technology and, after five years at most, a range of conventional arms. These measures will ensure that the Islamic Republic will become the chief weapons supplier to every rogue group in the Middle East.

Worse, under the terms of this accord, Iran is granted advice on how to “respond to nuclear security threats, including sabotage”. This appears to be a direct challenge to Mossad, which might have planned another Stuxnet operation to derail the bomb. No wonder the Israelis are furious.

By signing this agreement, the West has legitimised a powerhouse of terror. For the ayatollah regime not only exports violent fundamentalism around the world but represses its population and executes its opponents. An accord that strengthens Tehran can only undermine Iranian moderates who seek democracy and freedom.

As in the past, conceited politicians, desperate for a deal at all costs, have tried to get the better of dictators through misguided appeasement. Iran emerges as the clear winner from this agreement. We must prepare for the aftermath.