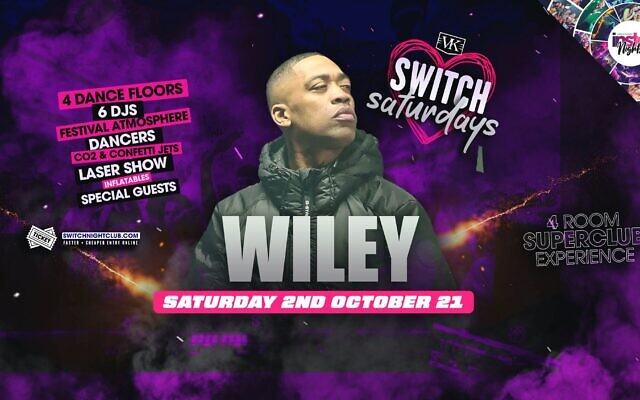 A nightclub has been urged to cancel a scheduled performance by disgraced grime artist Wiley this weekend.

The rapper is due to appear at Switch in Preston as part of the University of Central Lancashire’s (UCLAN) freshers’ week.

Wiley, whose real name is Richard Cowie, was banned from social media and lost his recording deal over a series of virulent antisemitic posts and videos last year.

He engaged in days of online hate in which he accused Jewish people of being “racist” and “cowards”, and asked if it’s antisemitic “to say Jewish people have power”. 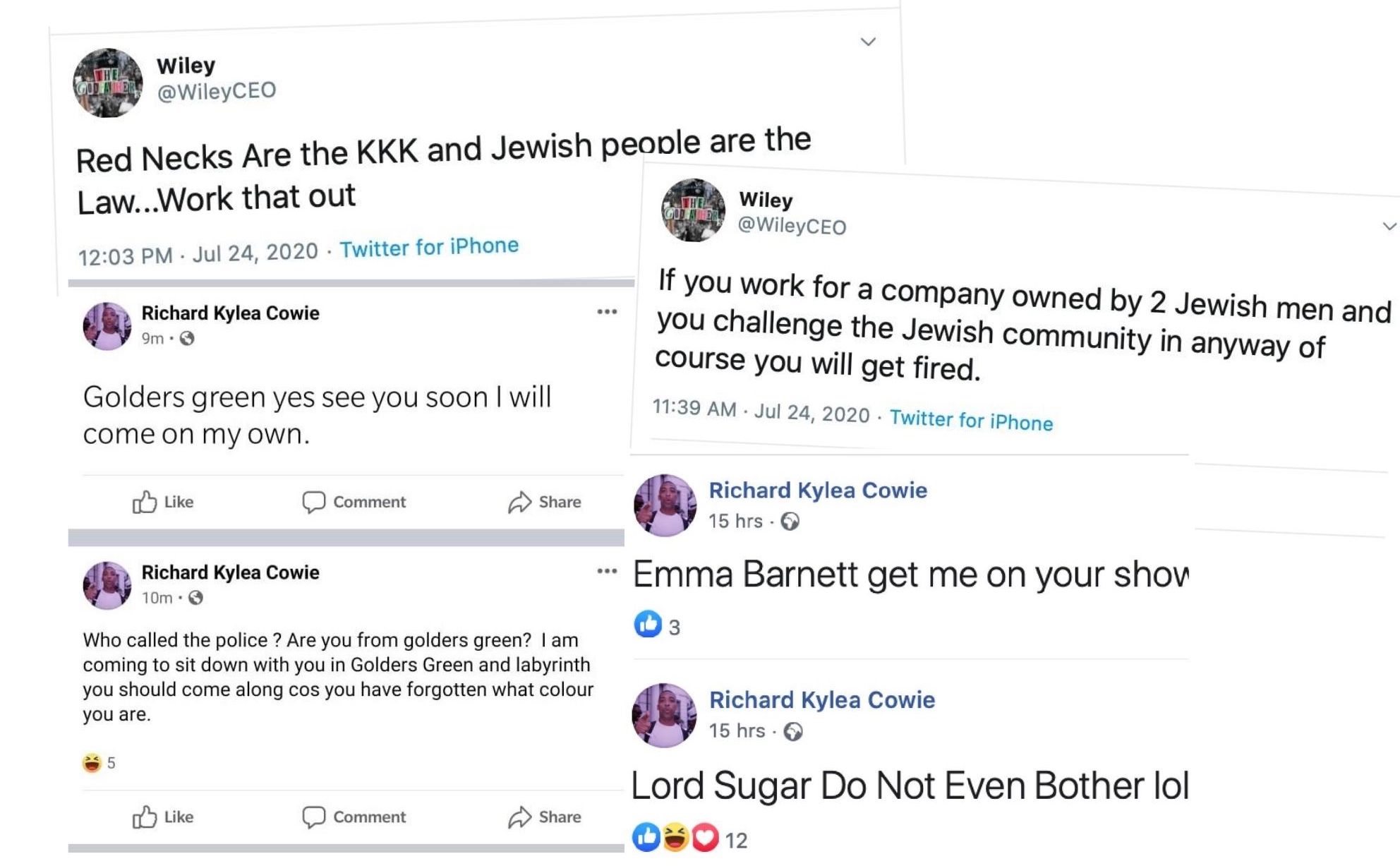 Some of Wiley’s antisemitic comments online, which were left up by social media giants Twitter and Facebook

After being banned by Twitter and reported to the police, he took to Facebook, saying: “Who called the police? Are you from Golders Green? I am coming to sit down with you in Golders Green…”

Condemning Wiley’s scheduled appearance, the Union of Jewish Students said it is “disgusted to hear that Wiley will be performing at Switch Nightclub in Preston as part of UCLAN’s freshers week.

“Just over a year ago he was publicly criticised and permanently suspended from Twitter, for writing antisemitic tweets and spreading hateful conspiracy theories about Jewish power and control.

“Allowing him to perform sends the message that antisemitism is acceptable and the wellbeing of Jewish students in Preston is not important. UJS insists that Switch club review this event and show they will not tolerate antisemitism.”

UCLAN’s Student Union issued a statement saying it was made aware of the performance. “Although the event is promoted as a UCLan Freshers event neither the University or the Students’ Union has any involvement in planning, delivering or promoting of this event.

“UCLan Students’ Union sometimes signposts students to external events being run across the city, but we are always clear that these events are external to us and are not run by us. We are also able to confirm that this Switch club night was not one of these events.

“We condemn all forms of antisemitism and given the previous actions of Wiley, which include a series of antisemitic social media posts, we strongly encourage Switch to cancel this event and reconsider any further ties with Wiley and his management.”