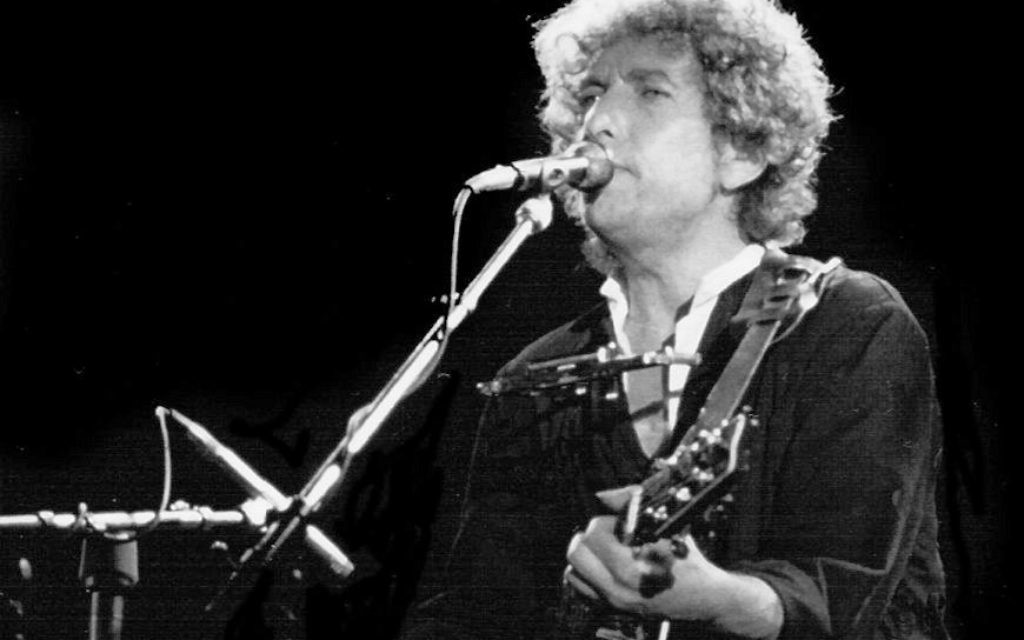 “I hear the ancient footsteps like the motion of the sea. Sometimes I turn, there’s someone there, other times it’s only me. I am hanging in the balance of the reality of man, like every sparrow falling, like every grain of sand.”

So wrote my Jewish hero, quoting the British poet William Blake, in 1981, in one of his most compelling ruminations on those great human (and Jewish) questions: life, death, and the Divine.

My hero, otherwise known by those who love him as Bobby D, is Bob Dylan.

“The country I come from is called the Midwest,” Dylan sang in 1963.

For better or worse, the music of that folk rock poet formerly known as Robert Zimmerman, is the birthright of every Jewish kid, like me, who grew up in that same windy, great American Midwest. Even as much as the Torah is.

Quite a bit has been written on Dylan’s Jewish influences. But it is just as true that Dylan’s Jewishness isn’t in his instinctual reworking of the words of Isaiah, Jeremiah and Ezekiel into his 60s protest songs, or in his 70s Jewfro, or in that time in the 80s when he davened at the Western Wall in tallis and tefillin – but rather in this very chameleon-like quality itself, his ability to channel so many diverse influences into his music and his personae over the years.

Todd Haynes understood this intimately when he had six different characters, including a woman, a black child, and a poet from the 19th century, play Dylan in his wonderful, insane biopic of 2007, aptly named I’m Not There.

Dylan’s genius – and in part what is perhaps most recognisably Jewish about him – is this ‘I’m not there’ quality, his lightning-in-a-bottle-like ability, an alchemy really to, sieve-like, pull in the world’s cultural influences and create art of singular moral meaning and beauty.