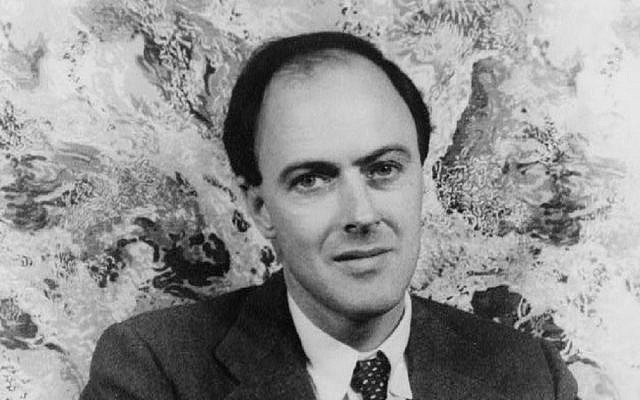 Netflix has been urged to address Roald Dahl’s antisemitism, after purchasing his entire catalogue of children’s books in a landmark deal.

The streaming giant’s acquisition of the Roald Dahl Story Company (RDSC) will allow it to create a “unique universe” with the author’s classic characters, such as Matilda, the BFG and the Twits.

The Board of Deputies has however called on Netflix to “should produce a documentary fully exploring the antisemitism that so tarnishes Dahl’s legacy.

The much-loved author’s legacy has been marred by his history of antisemitic comments, for which Roald Dahl’s family apologised for in December 2020. In an interview with the New Statesman in 1983, Dahl said: “There is a trait in the Jewish character that does provoke animosity, maybe it’s a kind of lack of generosity towards non-Jews”

A statement was issued from his family which apologised for “lasting and understandable hurt”.

A source close to Netflix told Jewish News, it “condemns antisemitism in all its forms. Netflix is committed to inclusion in our workplace and our storytelling, including in how they tell these stories going forward.

“The Dahl family have apologised for comments made by Roald Dahl – sharing their family’s deep regret that those offensive beliefs were so at odds with the kindness, surprise and wonder of his written worlds.”

The Board of Deputies’ president Marie van der Zyl however called for the streaming giant to take more action to educate about his antisemitism.

“The virulent antisemitism of Roald Dahl is well-known, and has sadly marred the full enjoyment of his works for many Jewish (and other) people. We do not believe that Netflix should be prefacing every Film and TV series it adapts from Dahl’s works with disclaimers about his bigotry.

“However, we fear that, as part of Netflix’s stated plans to create a “unique universe” around his works, a by-product of that may be to present Dahl – whether on-screen or off it – as some sort of paragon of kindness and virtue. To avoid such an approach, Netflix should produce a documentary fully exploring the antisemitism that so tarnishes Dahl’s legacy. Failure to do so will not go unnoticed.”

Netflix began a partnership with the RDSC in 2018 to create a slate of animated TV series, with approximately one billion dollars (£733 million) in production spend planned.

This new deal included a series based on the world of Charlie and the Chocolate Factory, currently being created by Oscar-winning filmmaker Taika Waititi, who is Jewish, and Oscar-nominee Phil Johnston, and Sony and production company Working Title are adapting Matilda The Musical.

In a joint statement, Netflix’s co-chief executive and chief content officer Ted Sarandos and managing director of RDSC and Dahl’s grandson, Luke Kelly, said they were “joining forces to bring some of the world’s most loved stories to current and future fans in creative new ways”.

They are committed to “universal themes of surprise and kindness, while also sprinkling some fresh magic into the mix”, while seeking to “share the stories’ messages of hope and of the power and the possibility of young people.”

They said there are plans for 19 TV shows, films, stage shows and live experiences.

The financial worth of the deal has not been disclosed, but RDSC said it will use a “significant part” of the proceeds from the sale to set up a charitable trust to support existing and new charity partners tackling children’s health, anti-hate and anti-racism.

The RDSC confirmed its team will remain an “autonomous unit” within Netflix.