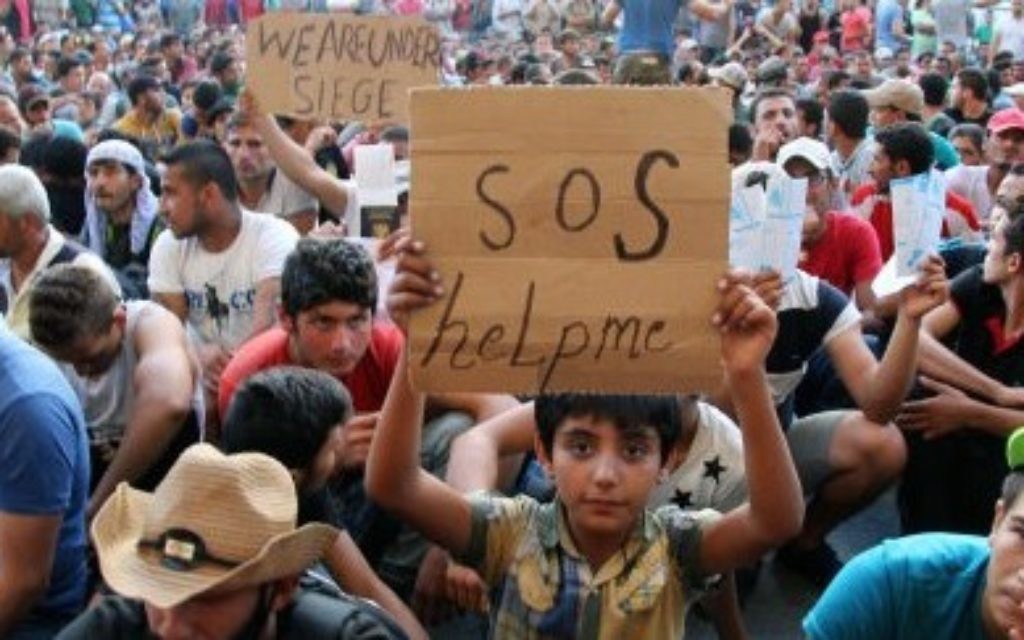 A group of refugees from the Nazis have urged Britain to open its doors to more Syrians fleeing conflict.

Community leaders have joined widespread calls for David Cameron to do more to take in asylum seekers and fulfil the UK’s “moral responsibility” as the humanitarian crisis worsens.

So far Britain has accepted just over 200 refugees – a fraction of those of other European countries – though the prime Minister has now indicated that shelter will be offered to thousands more.

In an open letter to Cameron, Sir Erich Reich, chairman of the Association of Jewish Refugee’s Kindertransport committee, said: “I urge you to commit the United Kingdom to once again demonstrate its humanitarian  compassion by providing a safe haven to many more of the children fleeing persecution in war-torn Syria.

“Without the intervention and determination of many people who are of many faiths, I – along with some 10,000 others – would have perished. I strongly believe that we must not stand by, while the oppressed need our help. We cannot ignore the sight of desperate people and in such a crisis we must act to save the most vulnerable refugees: the children, and provide them with the same sanctuary I, along with others, was fortunate to receive.”

Sir Erich, who himself escaped Austria on the Kindertransport and went on to be honoured by The Queen for his charity work, wrote: “many of my fellow Kinder turned adversity into triumph and went on to leave a rich legacy to their adopted homeland. Given the same opportunity, some of the refugees we help today could equally make invaluable contributions to British society.”

He added: “As we approach the Jewish New Year, it is my fervent wish that we offer a new hope to a new generation of child refugees.”

One Kind urged the Government to go even further by providing a home to full families. Ruth Schwiening said: “I agree but we need to try and keep families together. I was saved but by the time I was reunited with my family I did not recognise them and was left traumatised.
“My plea is to open our doors to as many families as we can regardless whether they are economic migrants or refugees.Their lives were in danger and they need help. Had Britain and other countries  opened its doors to adults as well as children in the thirties thousands of Jews would have been saved from the gas chambers.”