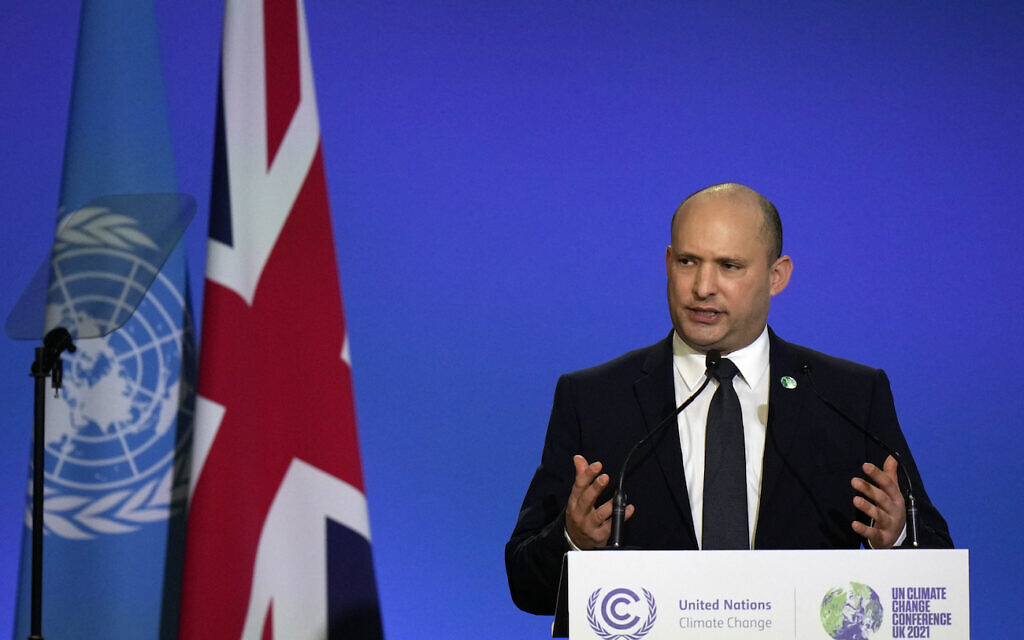 This week, I made my first official visit to the United Kingdom as Prime Minister of Israel to join my fellow world leaders at the COP26 UN Climate Summit in Glasgow.

I came to lay out Israel’s commitments to tackle climate change, achieve net-zero carbon emissions by 2050 and to share my vision of turning Israel into an international centre for climate innovation.

I came with resolve, because I have faith in what Israel and our new government can achieve.

I came into office at a time when we were heading towards our fifth election in two years. Amidst a global health pandemic, we were also plagued by an epidemic of political polarisation, paralysis and turmoil. We were a country that needed to come together.

The antidote to this Israelis are inspired by British Jews’ unity and resolve was a coalition which, to be perfectly honest, I never believed in the past I would be part of, let alone lead.

We needed unity above all else. 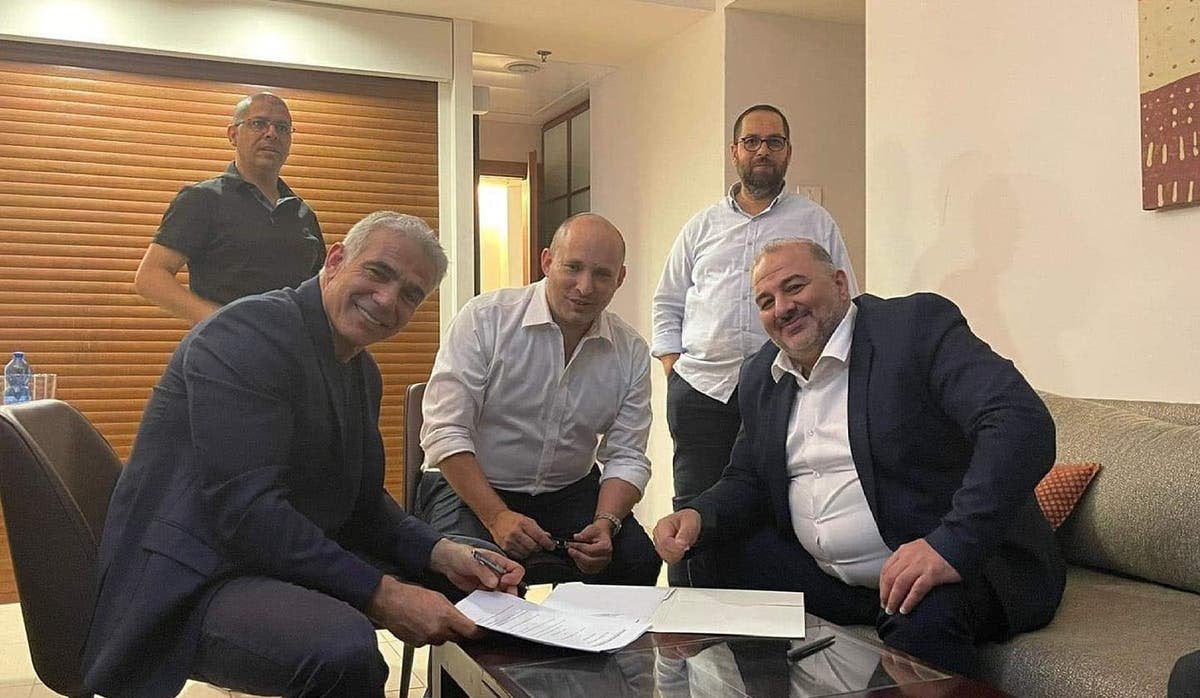 For the sake of Israel’s future, we formed a historic new government of eight parties from the right and left, religious and secular, Jews and Muslims, all united by the common purpose of service to the Israeli people.

Every Sunday, at the party leaders’ meeting we hold before cabinet, we sit around one table and work together with respect, civility and decency. I won’t pretend that we don’t have differences and arguments, but we solve them together.

We acknowledge that the right-wing doesn’t have a monopoly on patriotism, nor the left-wing on civil and human rights.

Our new government brings with it a fresh start and a new spirit – of good-will, of decency and of hope. 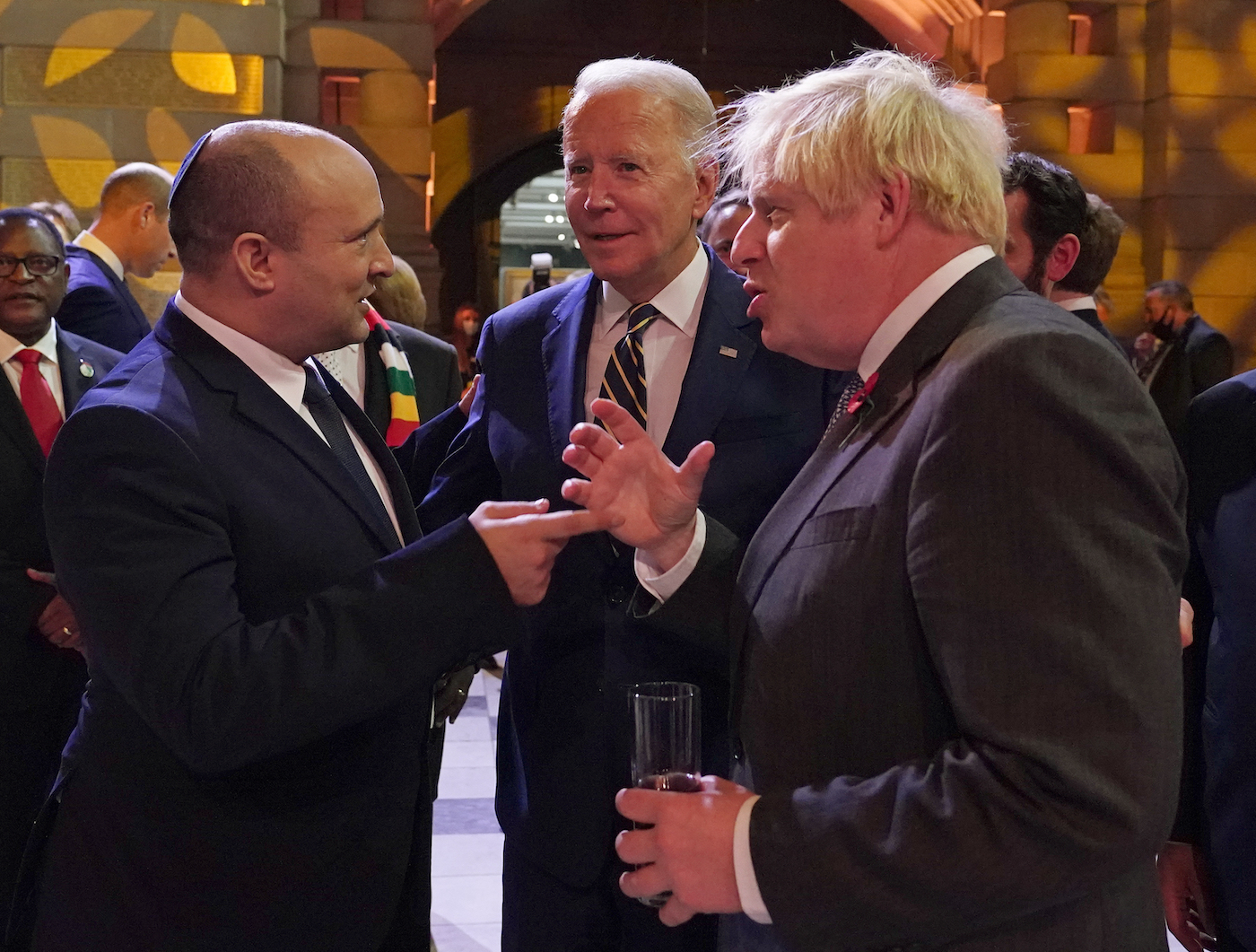 (left to right) Israel’s Prime Minister Naftali Bennett, US President Joe Biden and Prime Minister Boris Johnson, talk during an evening reception for the attending Heads of State and Government, to mark the opening day of the Cop26 summit in Glasgow.

This spirit was warmly received in the meetings I held this week in Glasgow with my counterparts from around the world. Be it with Prime Minister Boris Johnson, Salman bin Hamad Al Khalifa, Crown Prince of Bahrain (the first ever such meeting with an Israeli Prime Minister), or Bill Gates – we spoke about how Israel could share its extraordinary capacity for innovation and ingenuity for the greater good of humanity.

Our message of taking action and sparking positive change in our communities, societies and around the world runs deep in our collective DNA as Jews in Israel, British Jewry and the wider global Jewish family.

We acknowledge that the right-wing doesn’t have a monopoly on patriotism, nor the left-wing on civil and human rights. Our new government brings with it a fresh start and a new spirit – of good-will, of decency and of hope.

In Israel, we are aware of the challenges faced by Jews in Britain over the past few years, but are also inspired by how these difficulties have drawn the community together and united those who don’t necessarily see eye-to-eye on every matter.

During the COVID-19 pandemic, we’ve seen how the values of British Jewry – exceptional chessed, generosity and shared responsibility – have kept the community together during the long, difficult months of lockdown. And we’ve seen how British Jews have gone to enormous lengths to reach out to other communities in their times of need.

This is why it was so important for me to meet with Chief Rabbi Ephraim Mirvis in Glasgow and share this message with him, as we reflected on our shared belief that we are all responsible for each other. “Anachnu Yehudim – we are Jews,” I said. “There’s no Orthodox Jew, Conservative Jew, Reform Jew; we’re all Jews.” 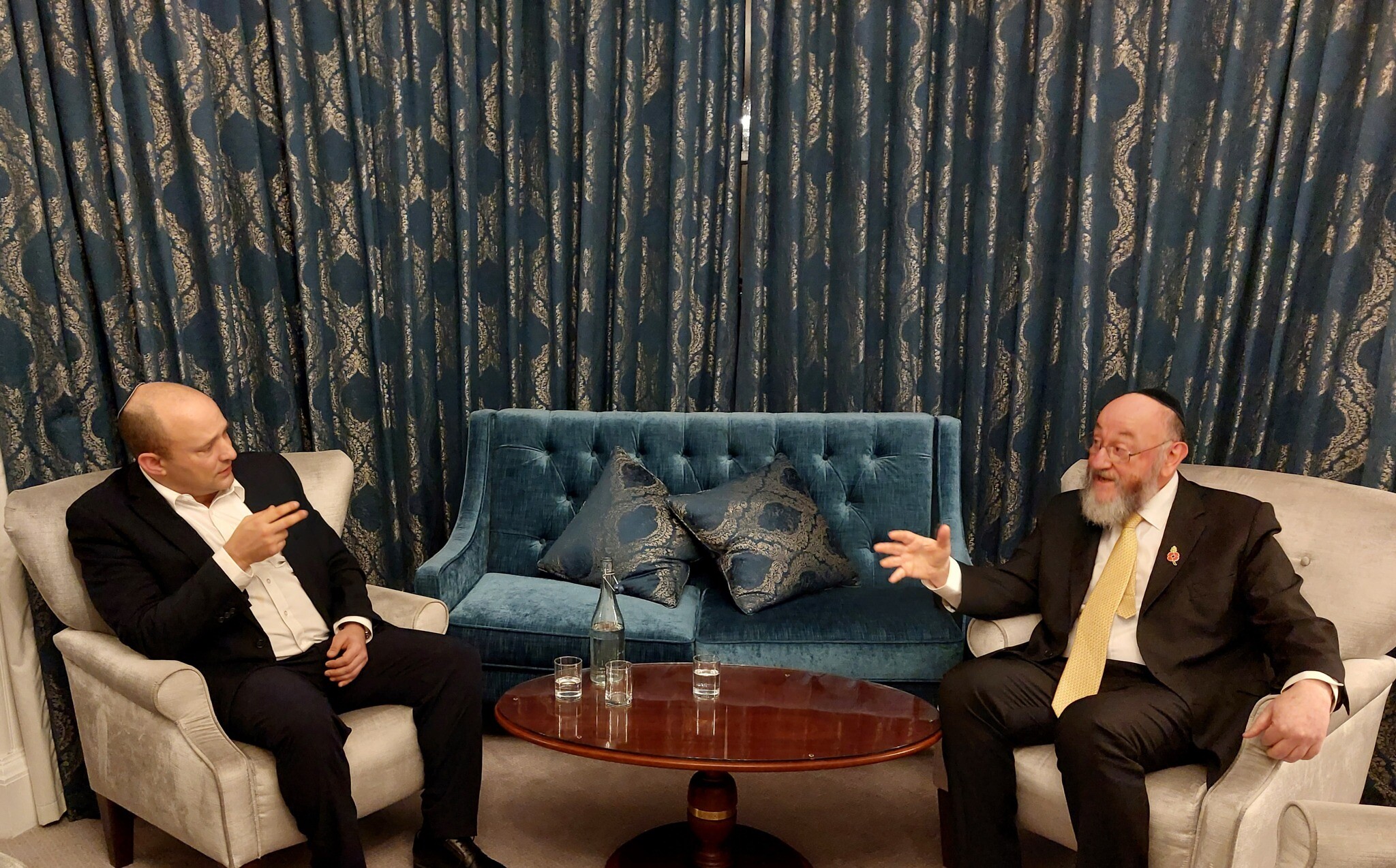 Whether in the Diaspora or in Israel, if a Jew anywhere in the world hurts, I hurt. We can all sit around one table, as we are one people. By meeting at COP26, we brought this common message of shared responsibility to the entire world.

Last week, Jews in Britain and around the world marked the first yahrzeit of the passing of Rabbi Lord Jonathan Sacks.

His shining inspiration to us all in personifying a Judaism that is clear about its moral responsibilities, not only to Jews, but to the whole world continues to burn brightly.

As Rabbi Sacks wrote: “We know much more than we once did about the dangers to the earth’s ecology of the ceaseless pursuit of economic gain. The guidance of the [Torah’s] Oral tradition in interpreting ‘do not destroy’ (bal tashchit) expansively, not restrictively, should inspire us now. We should expand our horizons of environmental responsibility for the sake of generations not yet born, and for the sake of God whose guests on earth we are.”

Now more than ever, we must heed these words and work together to expand our horizons and contribute to the greater good of the world. We are one, we have so much to offer — and we’re just getting started.