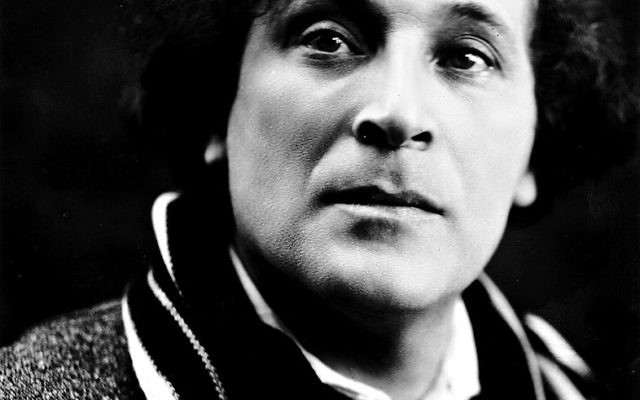 Marc Chagall was born Moishe Segal in Lionza, near Vitebsk in the Pale of Settlement, on 24 June 1887, and was a true “hero of our times”.

Born into a deeply religious Chasidic family, he managed in his work to cross the line of religious inhibitions about pictorial religious art by developing a kind of visual metaphor linked to folk imagery.

His physical journey took him from Vitebsk to St Petersburg, Paris, Berlin and Soviet Belarus again, all the time enhancing his painting.

His continued travelling opened up more vistas of mysticism and his arrival in Palestine was, indeed, a “mountain-top experience”, where he would identify with the early chalutzim (pioneers).

He had “found” the Bible, which resonated from then on through his work. His emotional journey had begun, reinforced when he met his first wife, Bella Rosenfeld. Of course, he had to convince Bella’s parents that he was a worthy shidduch and this must have contributed to his determination to succeed.

By the time the Second World War had started, Chagall was no longer in favour with the Germans.

In 1941, when it was almost too late, the somewhat naive Chagalls were helped by a USA operation to migrate to America, along with 2,000 other artists and musicians.

Even though, as an adult, he was no longer a practising Jew, Chagall always credited his Russian cultural background as the source of his art.
Further, he went on to expand the religious message by including Jewish and Christian themes.

So what was his legacy, this hero of the modern world and my own Jewish hero?

Undoubtedly he was a visionary – a citizen of the world while also recognising his “inner child”.

His work reflects the need for world tolerance and is an inspiration to us all.

Let us leave the last words to Chagall himself: “My painting represents not the dream of one people, but of all humanity.”